What is the title of this book, whose title had something to do with measurement and a number, and civilization is in a geometric shape?

I can't remember the title of a book. I think the title has something to do with a measurement of temperature and a number. Possibly something about kelper??

The plot is about astronauts who go to another planet. They do something to make themselves small (?) Or in some way are able to interact with the intellect life on the planet, who are very small.

The civilization there is built in some geometric shape (hexagon?)

I think the leader is a queen, like a queen bee type figure.

Anyway, it turns out that the planet is a bomb, I think a nuclear bomb and all the "workers" were working to prepare it for detonation. It does blow up the planet and civilization at the end.

I read this book over 10 years ago and have been searching for the title for several years now. May possibly have been written in the 1980s. English language. Any thoughts out there?

The astronauts do not make themselves small, but rather build a small probe in the shape of one of the locals.

Out on the far boundaries of the Solar System, in the Oort Cloud, intelligent life has been discovered by humanity's space probes. Now the first humans to venture beyond the planetary system have been sent to make contact with this incredibly strange race and to tour the center of their civilization. What they discover is explosive beyond their wildest dreams.

The aliens call themselves kerack and the humans give them names from Arthur's cycle: the main alien character is Merlene, another is Launcelot. Queen Une's bodyguard is called Mordet, and the city-state is called Camalor.

The kerack spend their time battling with the neighbour cities so that the bravest souls may descend to Heaven. Heaven is a great chamber under the Queen's palace, and their souls are little round heavy pellets of uranium - because the kerack have a bio-nuclear biology allowing them to thrive at a mere 30 Kelvin, near absolute zero. Their one great racial achievement is the construction of Heaven, a carefully built semispherical chamber that, not accidentally, acts as a perfect neutron reflector. It is said that when enough souls have descended into Heaven, Camalor will ascend to greatness on a pillar of fire.

This is the scene of the explosion (and I found the reference to the hexagons, which I think is the only one in the book):

...stored under the altar, resulting in a large thermonuclear fusion explosion.

The palace accelerated rapidly upward, driven by the directed thermonuclear explosion, until it and the cargo of spores on its upper surface attained escape velocity and were thrown into interstellar space.

Elizabeth was watching the view from the monitor camera on the pole overlooking the plaza. "The princesses have stopped bringing uranium pellets to the Queen and are sliding the doors back into place. Now I know why the doors had to be so massive."

Spurts of yellowish smoke shot from cracks around the loos, and a heartbeat later, the plaza floor rose as a single body carrying with it the piles of spores on its upper surface. There was a blinding flash of light, and the camera monitor over the plaza stopped working.

(Yes, yes. But as Robert L. Forward himself wrote in the preface, never lets the fact get in the way of a good story. This book required four or five times my usual level of suspension of disbelief, and I can only say that it was worth it). 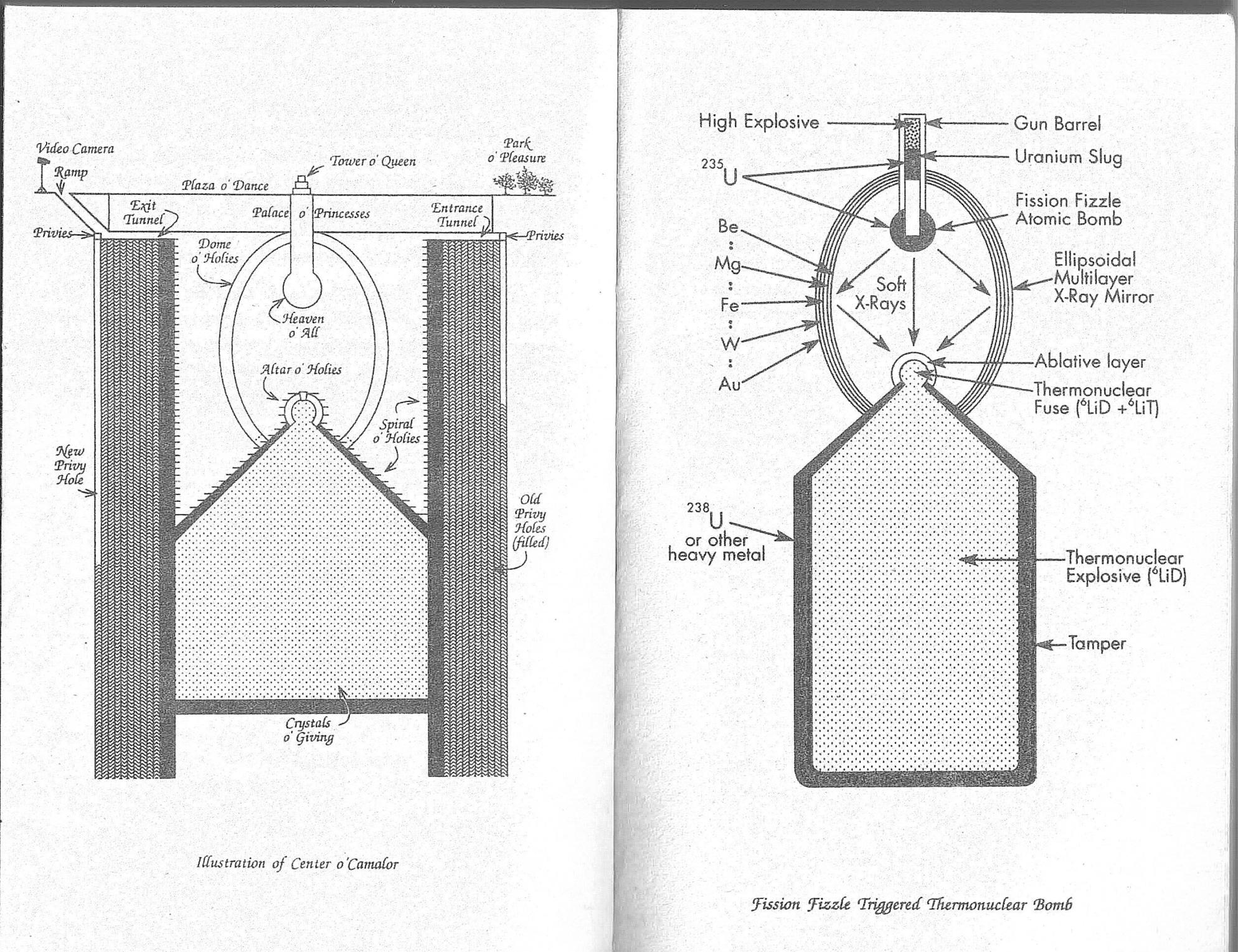 9
Short story in which a practical (space)man shears off his companion's arm to save her from alien contamination
7
What's the book title: woman fleeing from earth, war between liberal colony and earth
15
I'm looking for a sci fi book with a tribal woman, hermaphrodites, and implanting minds into new bodies
13
Book about mankind entering the space age and their first contact with two civilizations in sol
4
Story about two planets meant to restart human civilization in case of collapse
5
What book is about a planet of feline humans?
33
A story about a derelict ship orbiting a planet with spider-like creatures
2
Book with Norse gods and runes
24
Short comic about alien explorers visiting an abandoned world with giant statues that turn out to be alive but move very slowly