Identify this book about an alien performance artist

Sherman, set the Wayback Machine to 1995, give or take one year. New York still had an amazing Fifth Avenue Book Fair, where you could buy used books on the street, meet your favorite authors, and many publishers gave away physical books for free to as many as would take them.

Ballantine Books was giving out a few that year. Among them was the first Worldwar book by Turtledove. My greedy little mitts were happy to grab each and every free book they could get.

One of the books looked intriguing. It has a cover mostly in green tones, with a circle of full grey spheres. In the center of that circle was an elven-looking face with red hair.

The book started in media res. The man from the cover, the protagonist, was on trial for something, and the prosecutor was his closest friend and lover. If he lost, it would be a death sentence. The protagonist is an alien, and his lover is a different alien.

Stepping outside the narrative a moment here, humans do appear occasionally in the story, and are relatively new to the whole galactic diplomacy business and aren't highly thought of. They don't really feature in the story much.

We are then taken back to when the protagonist was a boy and was discovered by the greatest living performance artist, who takes the protagonist as a pupil. More, the two eventually form a father-son type bond, as the artist helps the pupil heal from the emotional and physical scars from his abusive childhood. We also learn that his species ages about 8 years for every hundred, so that childhood lasted a long, long time. One of the abuses was denying him salt, which his species needs every day or two in order to survive. The performer gives his pupil a necklace with a vial on it so he may always keep a bit of salt with him and feel safe.

The father/performer takes his pupil around the universe for a hundred fifty years or so, introducing him to all manner of creatures. He befriends a creature which is furry and soft (who appears throughout the book and would end up being the prosecutor in the trial).

One planet they go to is full of a species of people who are more or less the dullest, greyest people imaginable. But every year they do some kind of dance where they express the harmonies of the universe or something, and it's always the most stunningly beautiful thing anyone has ever seen. It also has a grey name like DanceSong or something.

The protagonist is so entranced that he must learn it. But he is rebuffed for not being one of the species, though not unkindly.

Years pass and the father dies, the pupil now the acknowledged greatest performance artist in the universe. There is a section where he befriends an angry human while playing Hamlet on a cruise ship. He can't find salt, and is reduced to drinking a few mustard packets in desperation. Suddenly the ship is hit my a freak meteor or something, and the Artist manages to save the angry Human.

Later, news trickles out that there has been some terrible accident with the sun of the grey people, and the entire species is dying of radiation poisoning. The Artist rushes to see them and to try to ease their pain, performs DanceSong for them, which he has been secretly practicing on his own from memory.

The slowly dying survivors begin to weep because he did a good job, but not being their species, will never be able to quite do it correctly (too many physical differences). They ask him to respect their wish to never perform it again, and let it die with them. He refuses. The Artist is later served notice that the dying species sued to make it illegal for him to perform it.

Fast forward, and he is having problems with a young, impetuous member of his troupe. The pup (so described because of his vaguely doglike appearance) decides to show off in public and out of nowhere begins to perform DanceSong. He does it very badly, but even very badly, it is powerful enough to stun his onlookers.

The Artist knows he is bound to never perform, but in not doing so it will only encourage a bastardized version of this beautiful thing to go out in the universe. So he steps in front of the applauding public and performs the DanceSong, leaving the viewers in tears.

We now come to where we were at the beginning of the book, the trial. The angry Human the Artist had saved earlier comes out having called on favors from his Rich and famous grandmother in order to help save the day somehow. The trial ends, the Artist is released. He makes up with his friend the prosecutor because he knows he was only doing his job as the greatest living lawyer or some such

The Artists walks around, a free man, trying to think what to do now. He spots a funny looking street urchin and talks to him. Something about the urchin seems familiar. He asks the urchin where his parents were. The urchin says his mother died and he doesn't really remember his father, only that his name had some funny pops and whistles in it. The Artist looks closely, recognizes the grey skin, and realizes that the Greys were not completely eradicated. He takes the urchin's hand and decides he will take the kid as his apprentice. The implication is that he can teach the boy DanceSong and it's beauty will live again.

I think the title had the word Mist in it and a word starting with "R" but my memory isn't what it once was.

I'm not entirely sure, but this could be The Merro Tree by Katie Waitman...

The cover seems similar to what you remember, a grey alien with red hair. 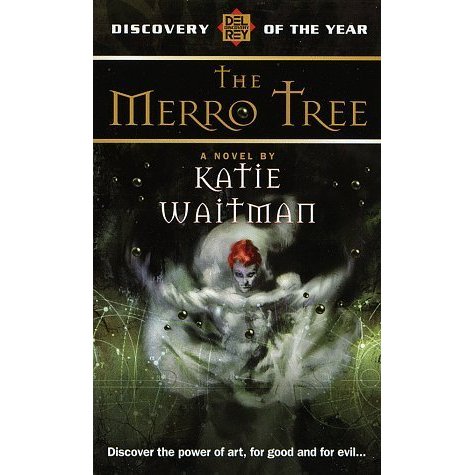 This review gives some details that match your description, including-

The Merro Tree is the story of Mikk of Vyzania, starting shortly before he was born. It details his struggles with his abusive mother, who would like for him to become a great artist someday, perhaps even a performance master.

starting in media res with a trial:

However, the first scene introducing Mikk takes place long afterward when Mikk is in prison, arrested for defying the Council’s ban on performing Somalite songdance. He is awaiting the announcement of the members of the tribunal who will interrogate him before deciding if he deserves to die for his crime. These chapters about Mikk’s life after his arrest are interspersed throughout the novel until his past catches up to that point; then it completes the rest of this story.

And as you can see, that also describes the Songdance, which is very similar to a DanceSong.

And a span of centuries in the middle:

Since Vyzanians are a long-lived race (one of them dies at 1,250 years old), it’s at least plausible that Mikk could become a master of various types of performing arts since he has a lot of time in which to practice and master his abilities. Part Two, entitled “The Apprentice,” covers 100 years so it’s not like he learns everything overnight!

9
Children's story c. 1990-95 about a family of sugar people
5
Children's book about a girl maybe being influenced by her black cat to become a witch
8
Trying to identify an old novel about an artist with only one year left to visit new worlds
44
Story about a world where "performance of old literature" seems to have replaced the concept of "composing new literature"
8
Looking for a short story about an artist and a forger
5
Book - tattoo artist summons demon, saved by blind lady with sword