How large is Aragorn's Reunited Kingdom?

I'm trying to understand the scope of Aragorn's kingdom after the War of the Ring.

I understand that Arnor (the stuff West of the Misty Mountains and North of Gondor proper) was part of it; after all, becoming King of both was part of the bride-price for marrying Arwen, yes?

The part I'm not sure about is what happened East and South, specifically:

Update: Found this image here and am even more confused!

Aragorn had reclaimed most of the land of Arnor and Gondor at the time of their greatest strength. Aragorn also gave land to the Beornings, the Druadan and peoples of Nurn.

"The realm then extended north to [the Field of ] 1 Celebrant and the southern eaves of Mirkwood; west to the Greyflood; east to the inland Sea of Rhûn; south to the River Harnen, and thence along the coast to the peninsula and haven of Umbar. The Men of the Vales of Anduin acknowledged its authority; and the kings of the Harad did homage to Gondor, and their sons lived as hostages in the court of its King."

The semi-canon Atlas of Middle-earth also has a drawing and some details on the topic: 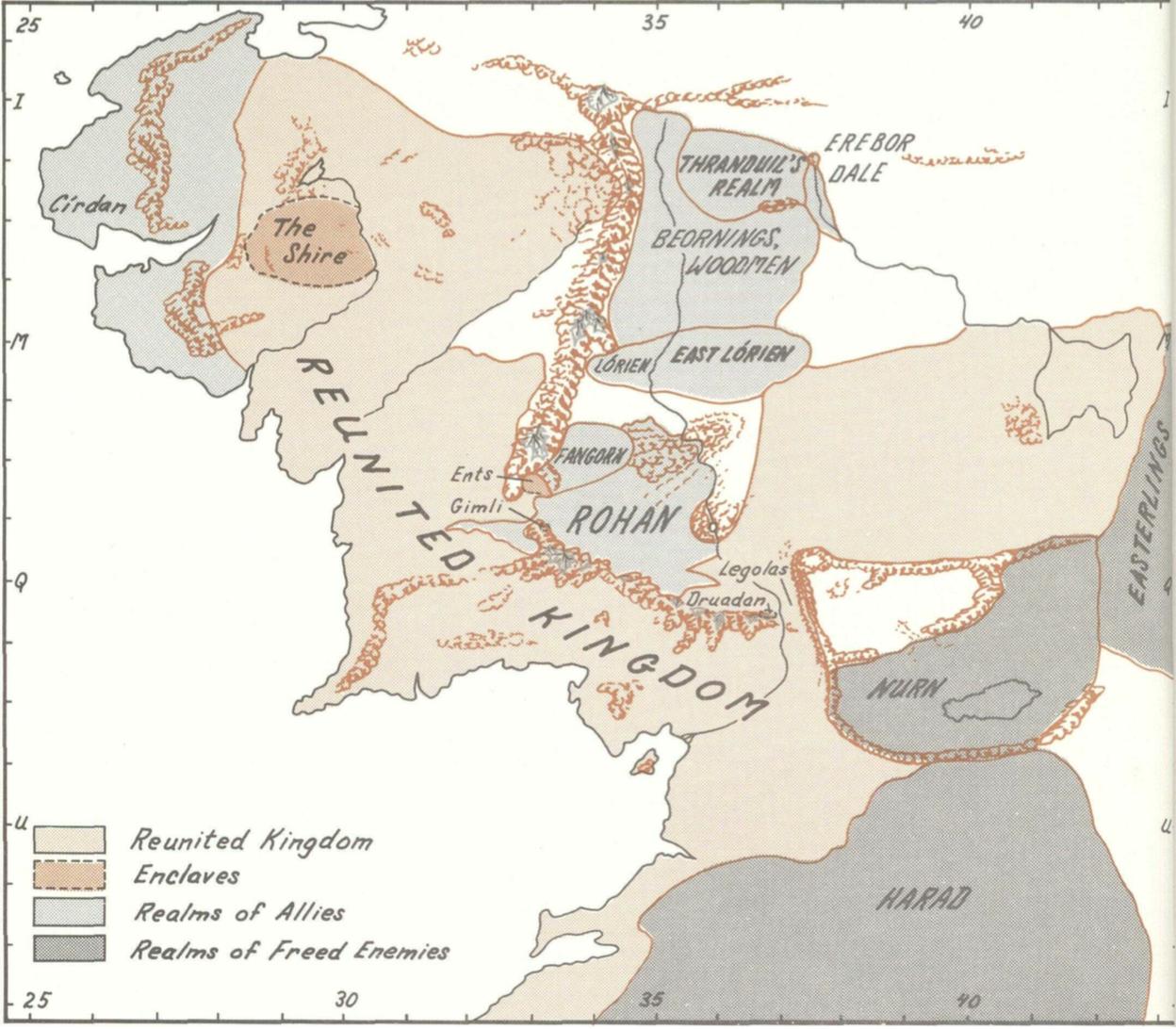 The dotted lines show the extent of Gondor at the end of Aragorn's reign rather than the start, showing that Enedwaith, Rhovanion, South Gondor and Umbar were added to Gondor by Aragorn. And that should also answer your question about Enedwaith.

16
Was Aragorn's First Language Elvish?
22
How do we know Aragorn's birthday?
25
Middle-earth maps
20
Why didn't Isildur's Heir come forward sooner?
11
Did Elrond want and expect Aragorn to become the King of Gondor and Arnor?
32
What did Aragorn's crown look like?
164
Was Aragorn's claim to the throne legitimate?
20
How large were Saruman's and Sauron's armies?
64
How large was Khazad-dûm?
10
Aragorn's “guise” in the Orthanc Stone