What was the first alien species (not Time Lords, broadcast order) on Earth in Doctor Who?

When was the first broadcast of a Doctor Who episode in which an alien species other than Time Lords visit Earth, and which alien species was it?

The Dalek Invasion of Earth was first broadcast 21 November 1964. The first episode of the serial was World's End, and is the first to feature aliens other than the Doctor and Susan on Earth.

Interestingly, the Daleks weren't the only additional aliens on Earth in the invasion. The black Dalek had a cute little pet called a Slyther. 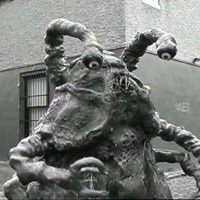 Here's the first episode of the serial:

12
What was the first alien species on Earth in Doctor Who?