How does Nightcrawler's teleportation ability work during high speed movement?

From a physics standpoint, it is a well known fact that a moving object will only have its speed changed if another force is applied on it. This is called inertia. There are more implications of this, but I want to stay with the simplest interpretation of it.

Here are some questions I've been thinking about, but I don't need them answered here as I think they concern opinion based or speculation approach:

What I am looking for is canon (comics, movies, cartoons) facts about what happens in situations similar to these, such as him using his power to leave a moving vehicle, for example.

I know he is a great acrobat, and usually moves and jumps a lot during action, but in these cases it is hard to determine the implications of the movement because he doesn't move fast enough.

I hope my question is clear enough. Any doubts or suggestions are well accepted in the comments. Thanks.

In Uncanny X-Men (1st series) #147, after having teleported as far as he could straight up from his cell (to avoid risking materializing in a solid object):

Nightcrawler appears far above Doom’s castle, in great pain from the strain it took him to teleport two miles straight up. By the time he’s gathered his wits, his velocity means a port to the floor would still kill him on impact. Taking advantage of the tempest created by the imprisoned Storm, he catches an updraft, allowing him to slow his descent enough for a safe port – straight into the lake. Fighting the pain and cold, he makes a difficult swim to shore, and resolves to free his comrades before giving Doom a rematch. 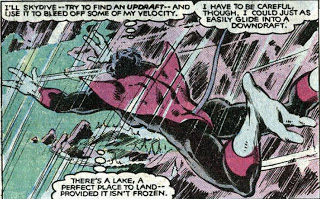 The fact that Nightcrawler maintains momentum during teleportation is established during the newly formed team's first official mission. In X-Men 95, after the team's plane has been disintegrated by Count Nefaria, Cyclops is scrambling for ways to get the team down to the ground safely. In this exchange, he learns the limits of Nightcrawler's powers: 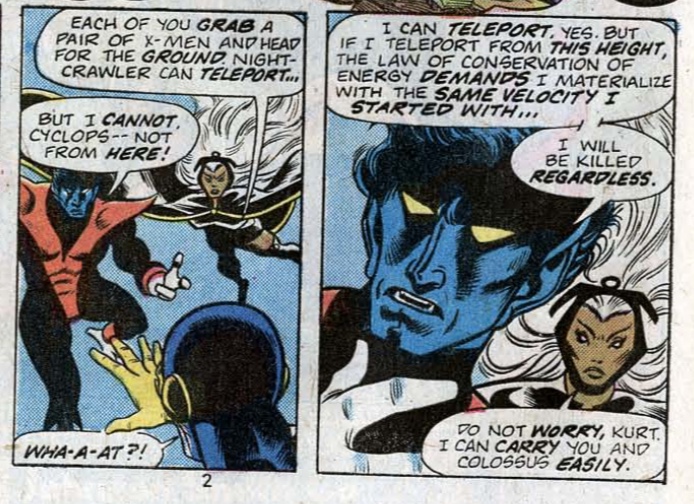 You mentioned that you're looking for movie references as well as comics. In the opening scene of X-Men 2, Nightcrawler attacks the president and his bodyguards, and several times during this fight he demonstrates the answer to your first question: if he's moving while he teleports, then he keeps moving after he teleports.

The first instance of this happens just after the 00:25 mark: 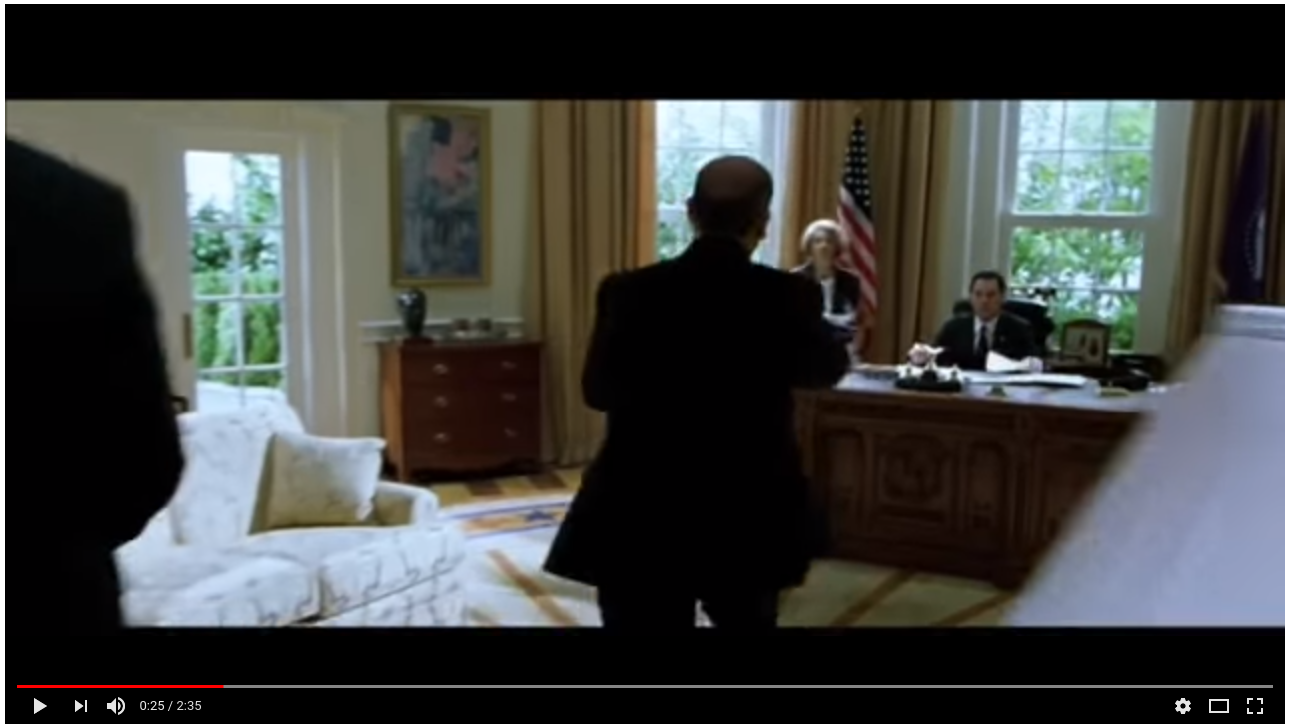 Not the answer you're looking for? Browse other questions tagged marvel x-men physics or ask your own question.

69
How does Captain America's shield work?
8
Do Magneto's powers work at faster than light speed?
5
How does Fantomex's misdirection ability work?
18
How does Loki's staff work?
1
Mystique replicating a target's attire, how does it work?
42
How does Vibranium work?
5
How does Professor Charles Xavier's telepathy/telekinesis work?