Was Mjolnir ever used for building something?

In the movie Thor (2011), while he was about to crown Thor as the next king of Asgard, Allfather Odin describes the mighty hammer Mjolnir as the following:

So long entrusted with this mighty hammer, Mjolnir. Forged in the heart of a dying star, from the sacred metal of Uru. Only one may ift it. Only one is worthy. Who wields this hammer commands the lightning and the storm. Its power has no equal -- as a weapon, to destroy, or as a tool, to build. It is a fit companion for a King.

We know Mjolnir as a weapon of destruction but are there references where it is used to build something?

There are certainly a few examples from the comics: 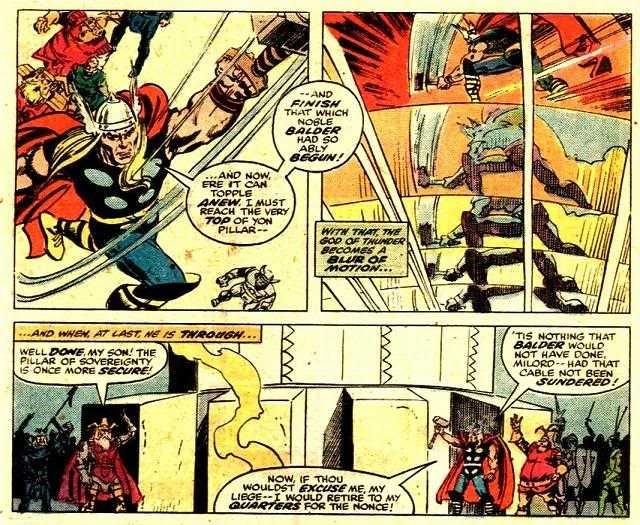 He uses his hammer to build a trench in Avengers #98 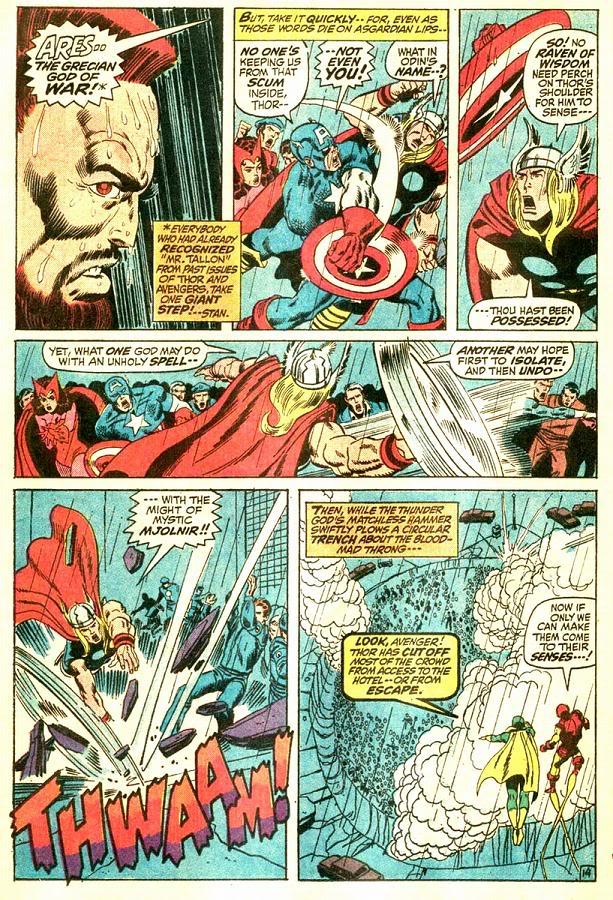 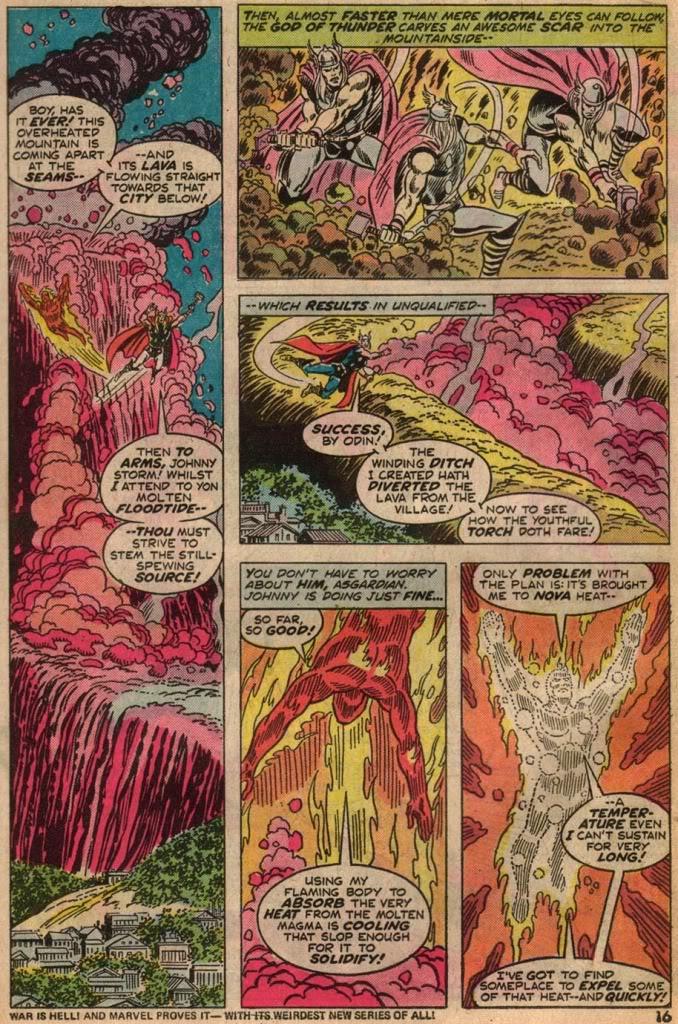 In Avengers: Age of Ultron, Thor uses Mjolnir to bring Vision to life.

It is a loose definition of "build" but I would consider this to be what Odin had in mind. Unfortunately, building is usually not as exciting as destruction, so it is less likely to be portrayed on screen in general.

In the comic Thor #377 (March 1987, written by Walt Simonson), Thor uses Mjolnir to smith a new suit of protective armor. 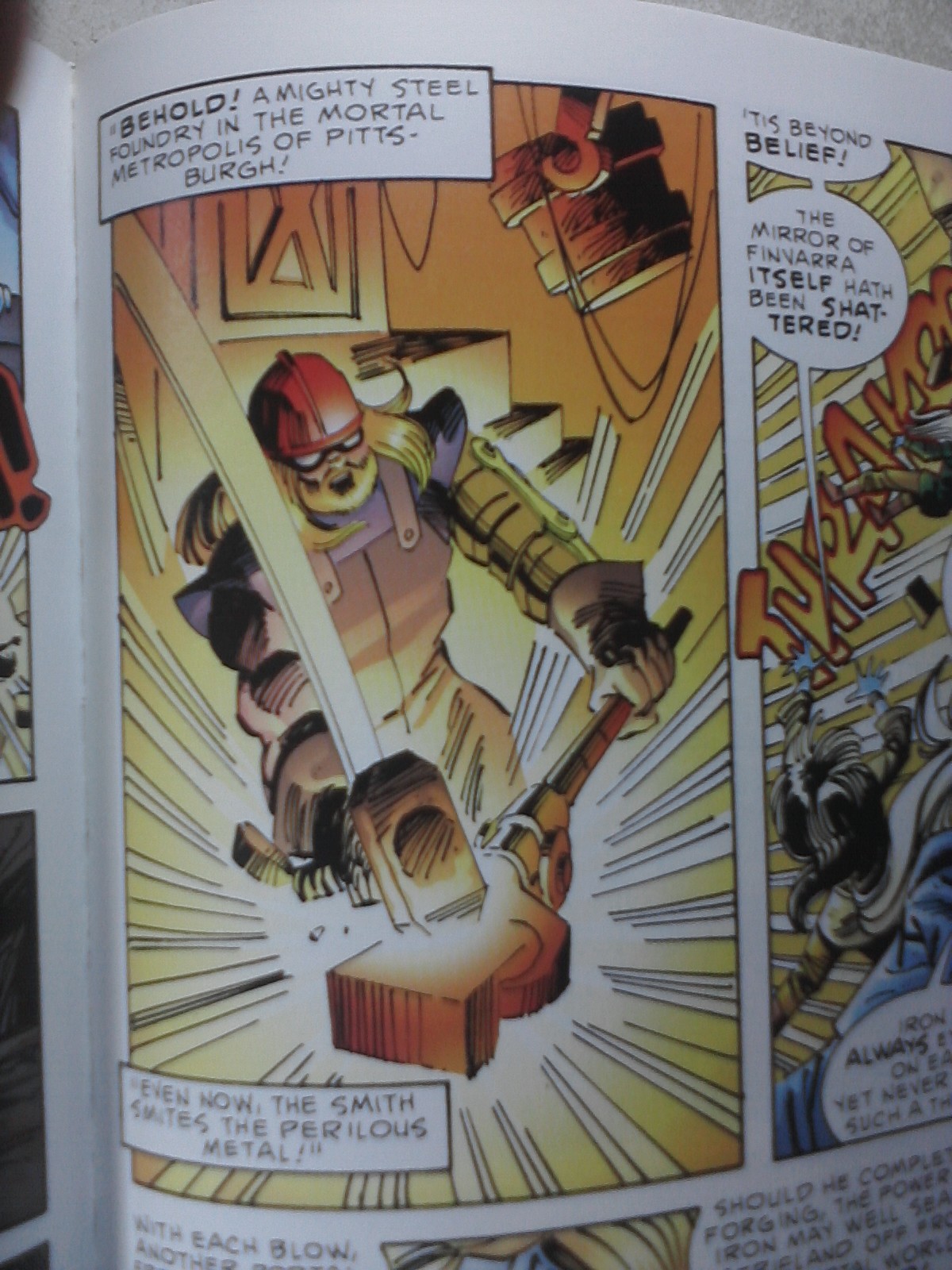 It was used to rebuild Asgard.

In a comic from 2004, Asgard was destroyed. Then in a truly wonderful sequence from a comic in 2007, Thor rebuilt the city of Asgard in Oklahoma by waving Mjolnir around, striking a series of dramatic poses and shouting "Asgaaaaaard!" 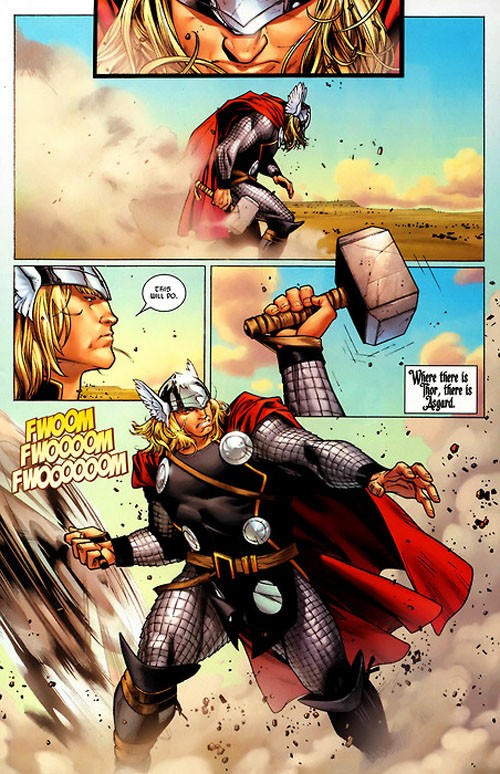 In Avengers: Age of Ultron, The Vision picks up Mjolnir to gain Thor and the Avengers' trust.

The Vision: ...But there may be no way to make you trust me
*picks up Mjolnir*
The Vision: But we need to go
*hands Mjolnir to Thor *

As a symbol of trust and 'let's focus on the real enemy', The Vision surprises the team with this action as it's sort of a running gag/plot-point that only the worthy (at the point only Thor himself) can carry Mjolnir. He's using Mjolnir to build trust between himself and the Avengers.

In "The Truth of History" (2008), Thor and the Warriors Three find themselves way back in Ancient Egypt. Thor lends a hammer to help slaves cutting giant stones for a pyramid. 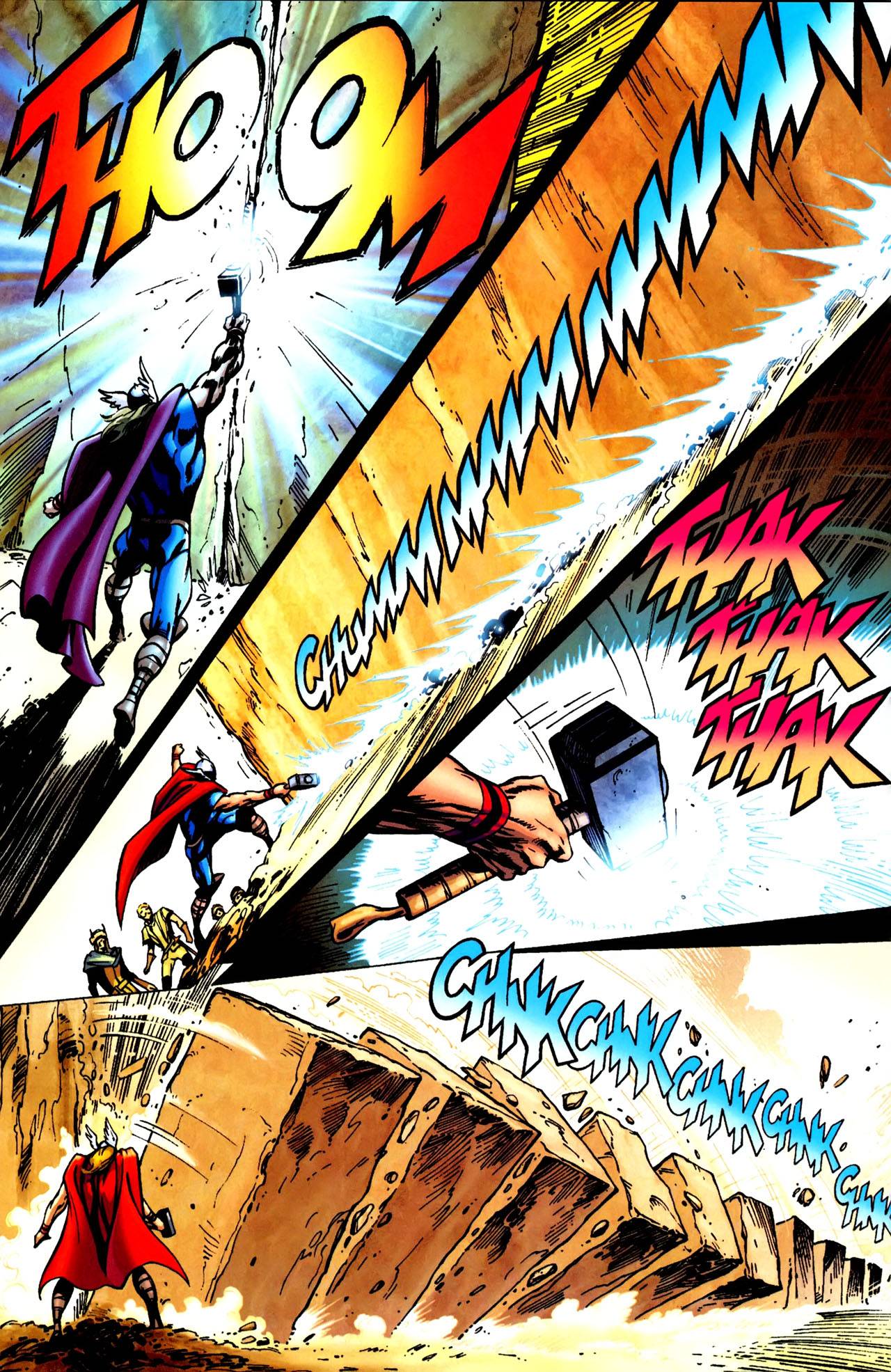 3
Has Mjolnir ever been used "as a tool to build"?

53
How does Mjolnir determine 'worth'?
15
How could Thor's hammer Mjölnir be forged in the heart of a dying star?
6
You can't wield Mjolnir unless you're worthy, but has anyone ever stopped Thor from wielding it?
2
How is Thor's hammer imprinted?
11
Thor: Which was named first, the power or the demigod?
82
Why was Thor worthy to lift Mjolnir?
22
If Mjolnir was made for Thor, why is Hela seen using it in Thor: Ragnarok before it was even given to him?