Does the Lasso of Truth compel you to speak?

Wonder Woman's Lasso of Truth makes it so that you cannot tell a lie while under it. In the 2017 Wonder Woman film, we see that Steve Trevor is in pain whenever he tries to lie, but not when he evades a question by telling them that they are in danger. Steve is pretty talkative (perhaps out of fear that the Amazons will physically harm him) and doesn't try staying silent.

In the original DC Comics, does the Lasso of Truth compel the person it is wrapped around to speak? Or do they have the option of just staying silent, thus neither telling a lie nor the truth?

In the ORIGINAL comics, it wasn't a lasso of truth at all! Truth was just a side effect. In the early comics, the lasso compelled OBEDIENCE on anyone who was bound by it. 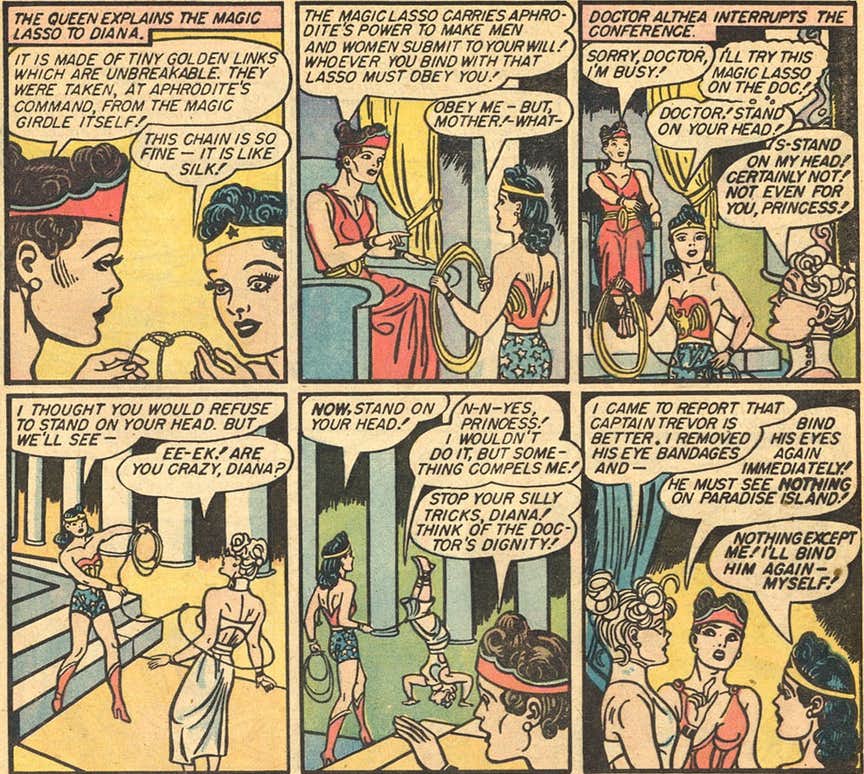 Obviously, if Wonder Woman wanted someone to answer her question, she would simply use that property. If she says "Answer truthfully" as a command, then not speaking is not an option, as we see in this case where you can imagine the person (a foreign national on a mission for their country) might choose silence rather than truth, if that were an option. 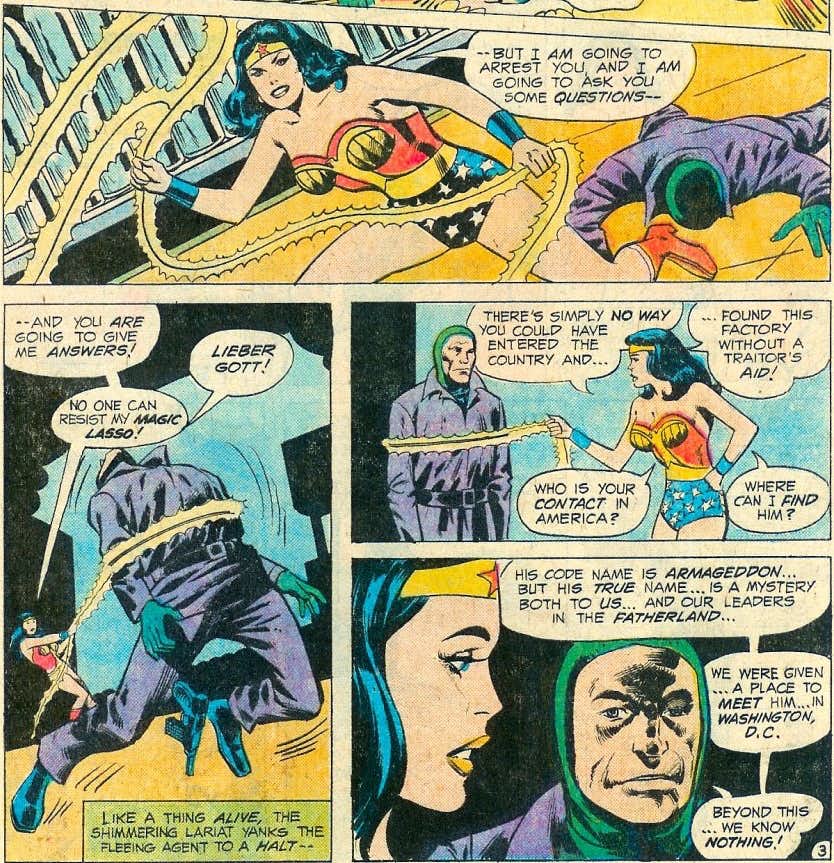 But that wasn't its only use, even into the 70s (though this particular scene is from '67) it was used for non-truth related control: 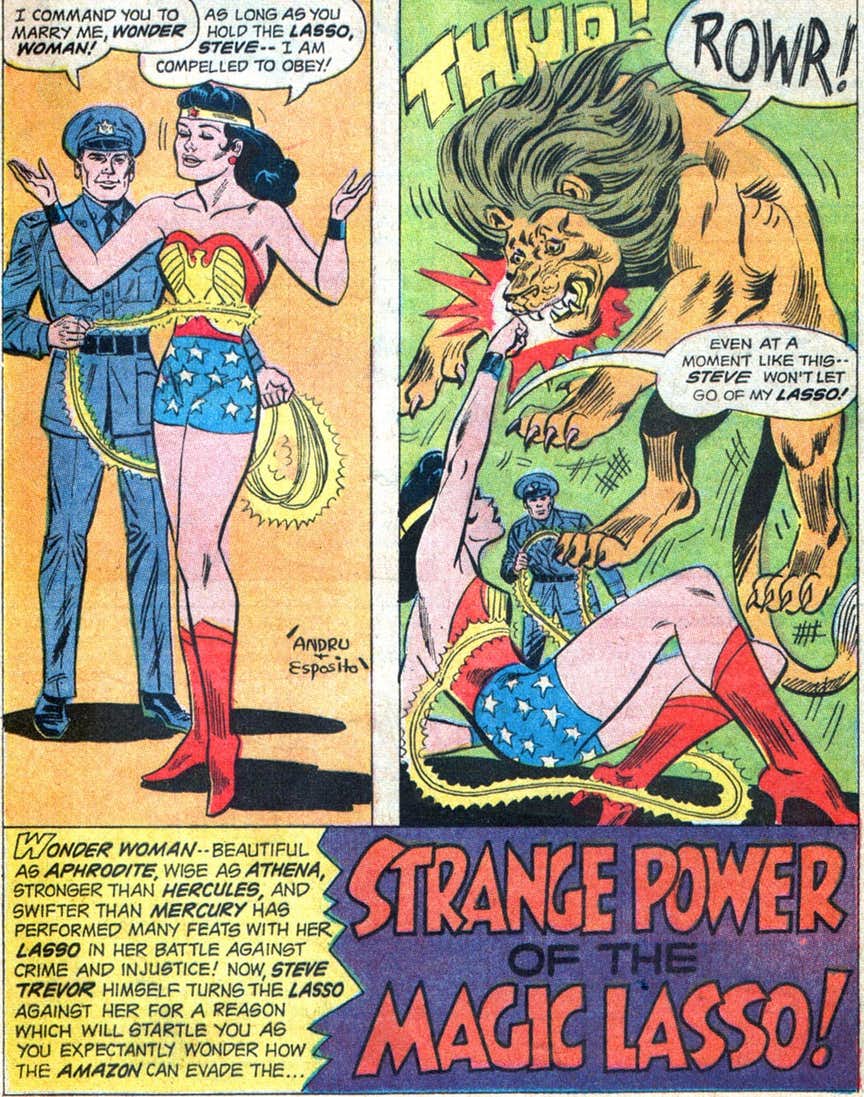 (images taken from this CBR article: When Did Wonder Woman's Golden Lasso Become a Weapon of TRUTH? which also contains a much more comprehensive history of the changes over time)

It was only post-crisis that it explicitly became a lasso of truth, but even then it had other powers. The DC wiki describes this version's powers as follows:

The Lasso also appears to be able to alter in length, based on it's wielder's needs. It is able to restore people's lost memories, hypnotize people, get rid of illusions, and people who are in its circumference will be protected from magical attacks. Empowered by the Fires of Hestia, the Lasso forces anyone held by it to tell and understand the absolute truth. Recently, the Lasso has been shown to actually transport Diana's mind into that of whomever is tied within it.

By this description, it seems that no they cannot refuse to answer.

5
Does the Lasso of Truth compel one to speak the truth or what one "believes" to be the truth?