Are Thea and Wally's hospital scenes supposed to be the same place? Or did they just reuse sets?

So in the hospital scene of Arrow 6x01, Oliver visits Rene & Thea. The second he walked into the room of Thea it reminded me of the scene in The Flash where Barry was in the Speed Force and saw that Wally was standing in the hospital room reliving the worst moment of his live.

These rooms looked so familiar that it felt weird that both Barry and Oliver would be in that same hospital even though they live in 2 different cities.

Does anyone know if this was indeed the same hospital, or did they just film it in the same place?

As described over on Movies & TV Stack Exchange, Arrow and The Flash are both filmed in Vancouver and share many of the same production crew. We see almost identical locations used in both shows, such as coffee shops and characters' apartments.

Regarding the hospital, both shows reuse the hospital set on multiple occasions. Pay attention especially to the window curtains and the cabinets above the patients' head: 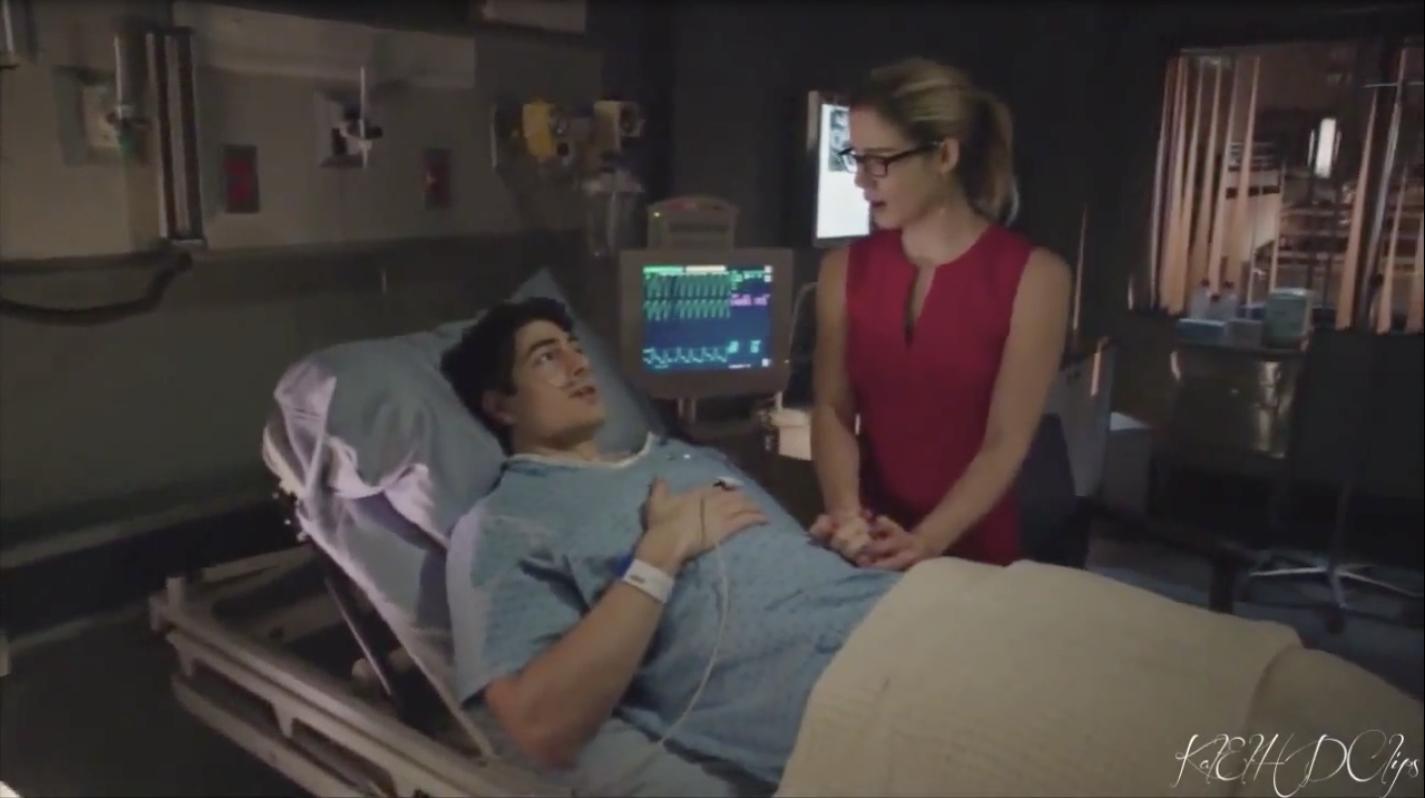 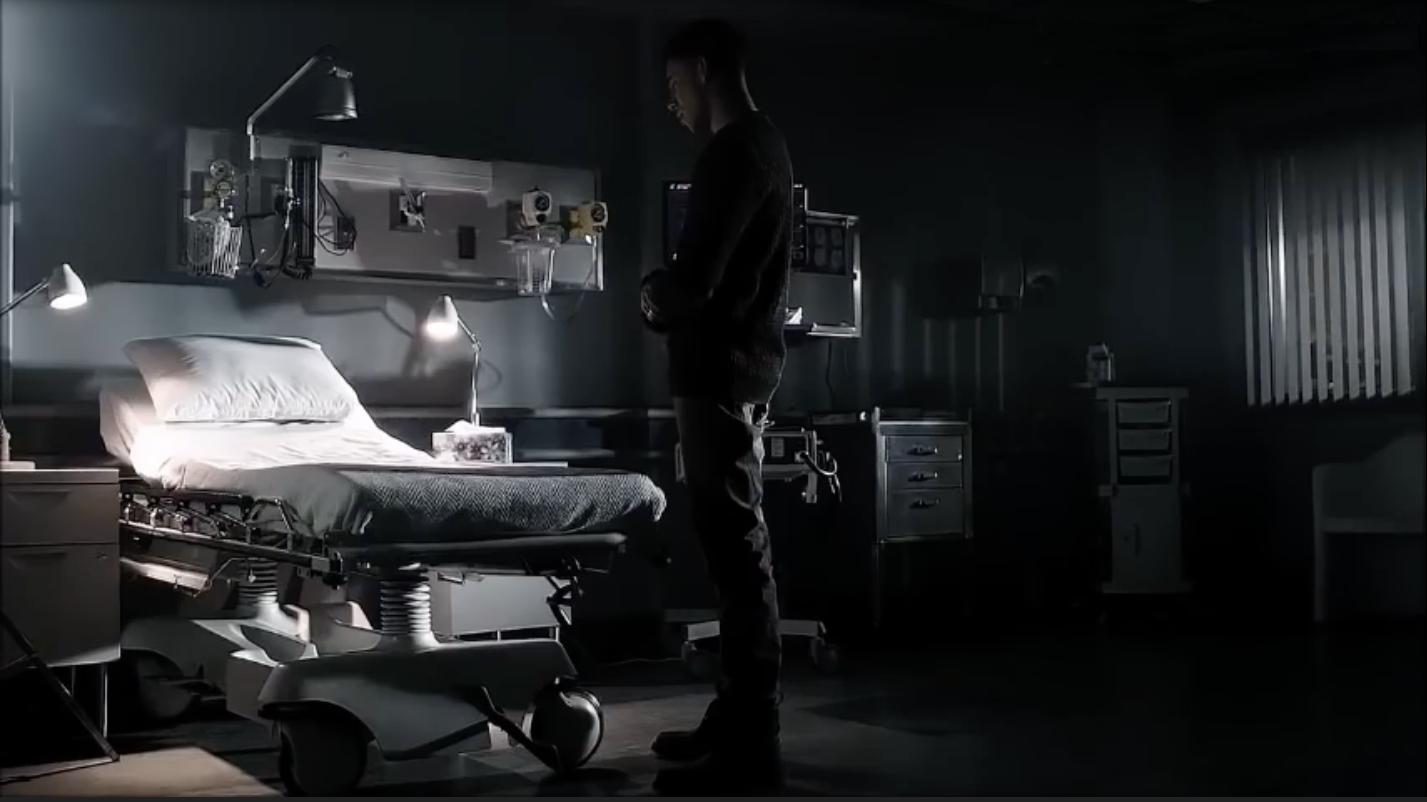 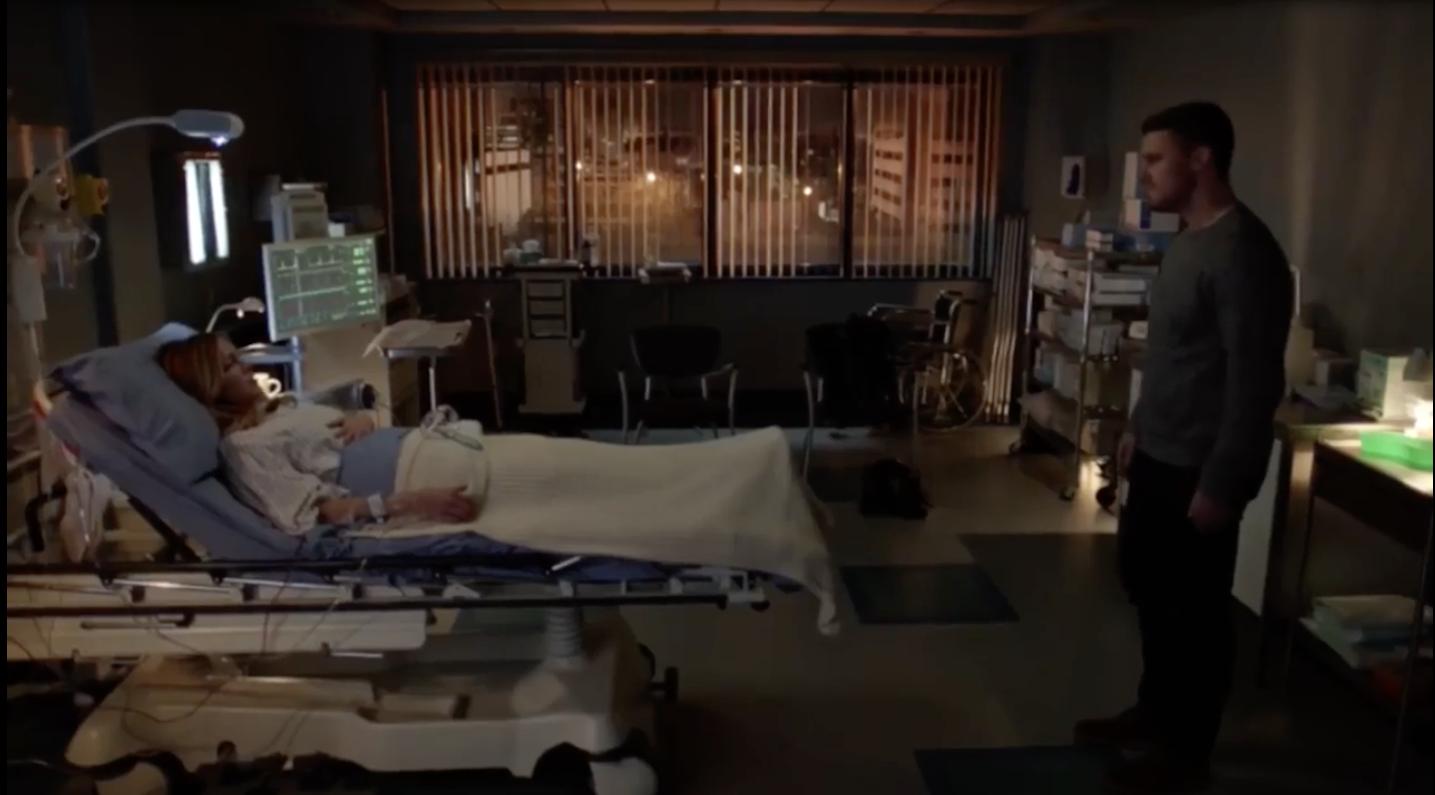 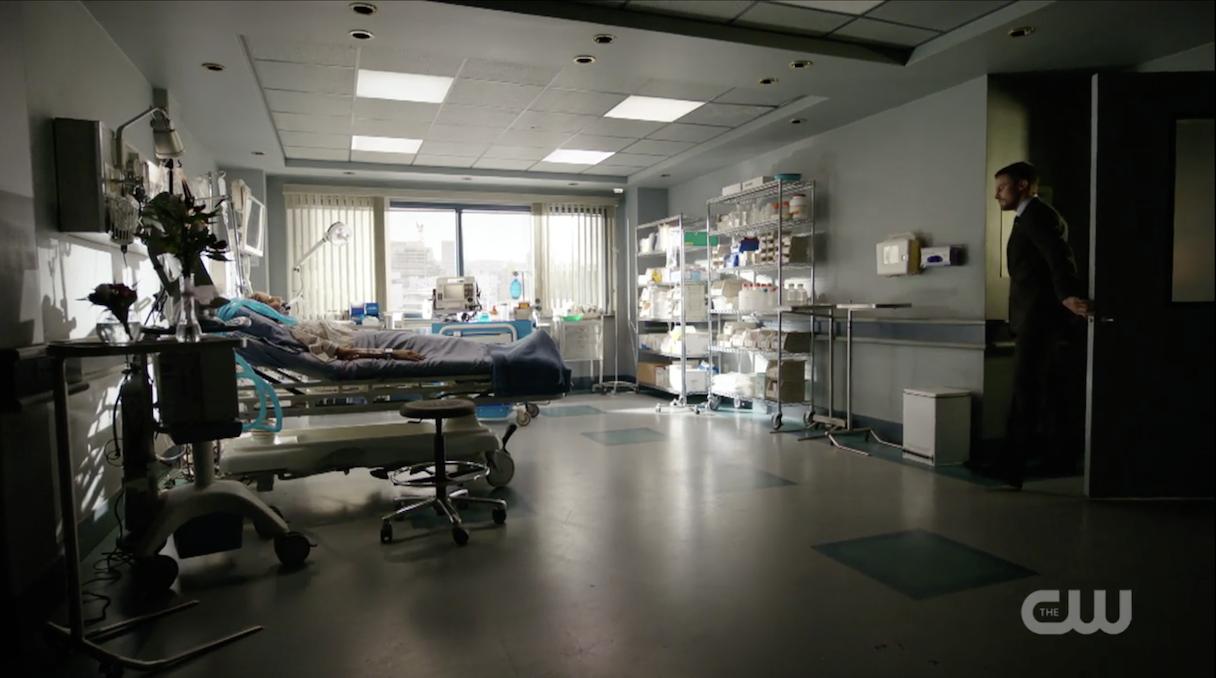 Also, the scenes in the hospital hallways show that everybody's room is in the exact same location.

Not the answer you're looking for? Browse other questions tagged dc arrowverse the-flash arrow or ask your own question.

2
DC Transmedia Universe: are Man of Steel and Arrow part of the same cinematic universe?
14
Are Wonder woman and Superwoman the same character?
5
What are the papers Ray had Felicity sign in the penultimate episode of Season 3 and why?
12
Is Supergirl part of the same universe as The Flash and Arrow?
4
Do Ronnie and Dr. Stein have to be in the same room to become Firestorm?
6
Did any DC comics live-action adaptations cross over before The Flash?
4
Do Central City and Starling City send their convicts to the same prison?
4
Why does Zoom keep thinking he and Barry are same?
6
How can keeping one's secret identity from a friend or beloved actually help protecting her or him?