During the events of Thor: Ragnarok we see Surtur

destroy Asgard and Thor and the team leave

but we don't get a clear conclusion as to

It is possible Surtur survives, but it is unlikely we will ever know in the MCU unless they choose to show said characters again in a later movie or a circumstances allows them to be revived. See: Infinity Gauntlet 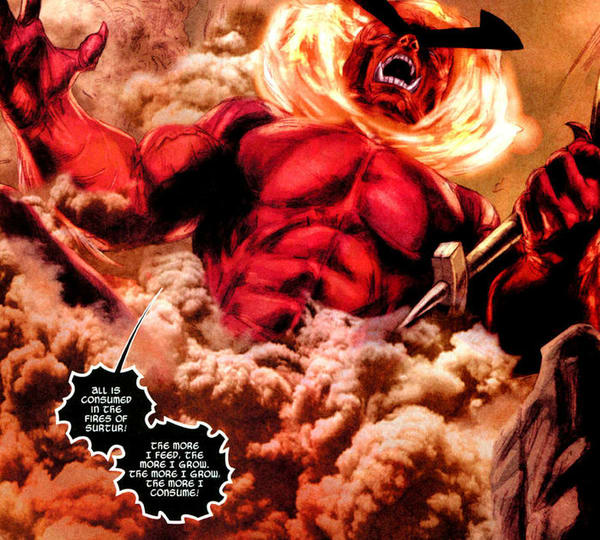 With his Eternal Flame restored, Surtur was considered as powerful as Odin and with enough craft or raw power, he could have found a way to survive.

Paradoxically, The Asgardians and the realms they had lay claim to would be considered technologically advanced. So advanced, in fact, their science resembled magic. This means the destruction of Asgard may have been prophesied or predicted but the specifics were not spot on.

The citizens of Muspelheim and the other members of the Nine Realms were as tough and nearly immortal as the Asgardians. Thus properly empowered with the Eternal Flame, Surtur could effectively be unable to be killed which may have explained why the Eternal Flame, the source of Surtur's power, was stolen by Odin all those years ago.

Surtur was destined to be involved in Ragnarök in which Asgard would be destroyed and reborn in an endless cycle. He would cross the Bifrost and destroy Asgard with the Twilight Sword. (Thor #200)

Since the Marvel Cinematic Universe has taken many liberties with the legends of the Norse and their end days during Ragnarök, it is possible we have witnessed one of several things:

Mythologically speaking, at the end of Ragnarök, all the gods are purportedly slain and only a few mortals were to remain to bring about a new world. That didn't happen.

The Fenris Wolf is lost, the Midgard Serpent didn't appear, Hela did appear and try to take over Asgard, something unexpected by all accounts except by Odin.

All of these things sound terrible but did not ultimately equal the End of Asgard and all its gods. Sounds like to me, the Norse Gods have weathered another false Ragnarök and its up to King Thor to lead them forward, with the crisis temporarily averted.

Like most things comics-related: "Is Surtur (or Hela) dead?" is a question which does not have an assured answer. It will depend on whether a writer of a future story can contrive of a reason for Surtur or Hela to survive and then craft a story we are willing to accept.

Given Hela's popularity, she indeed may return to plague or save the Asgardians another day.

There's no concrete evidence on this either way that I can find. However, in the beginning when Surtur has Thor imprisoned he states the following:

Surtur: I cannot die. Not until I fulfill my destiny and lay waste to your home.

Considering this it is likely he is now "eligible for death" and it was a massive explosion so it could have enveloped him. Now if we do a frame by frame analysis from this YouTube clip of the scene (starting at ~2:53). Firstly, notice where Surtur is positioned just before the explosion: 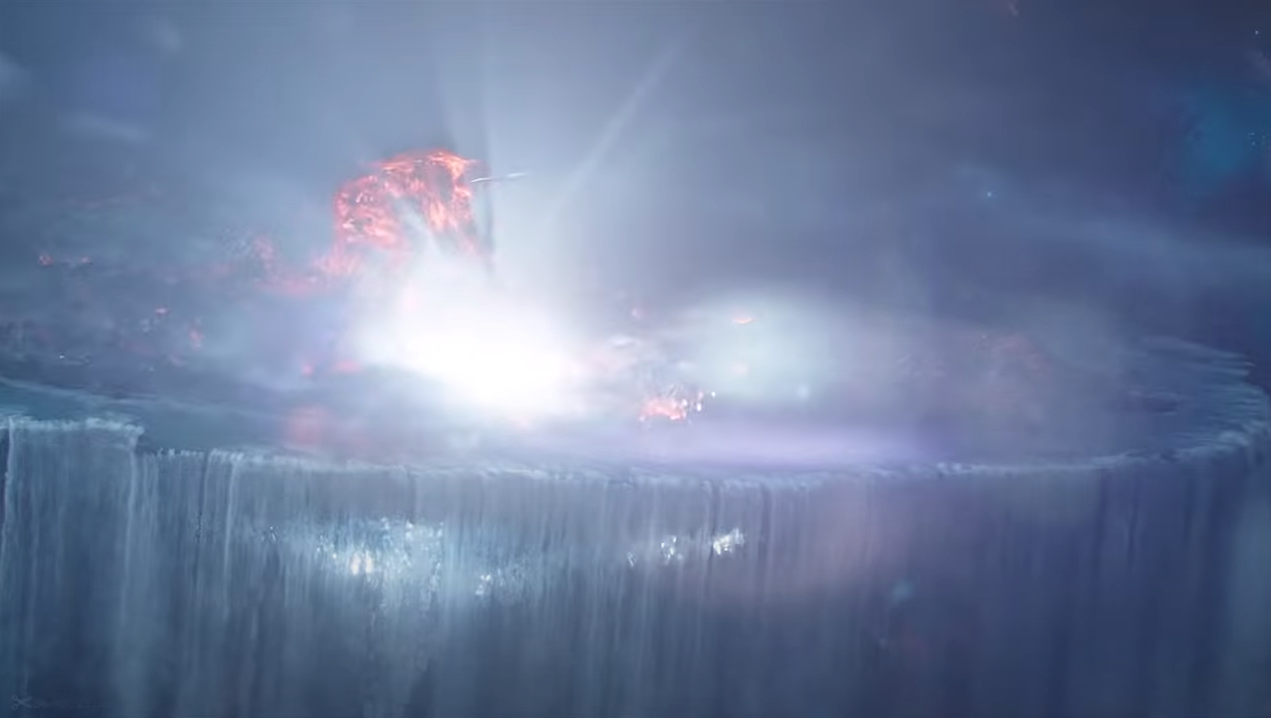 We then get a bright flash which envelopes most of Asgard and obscures Surtur. 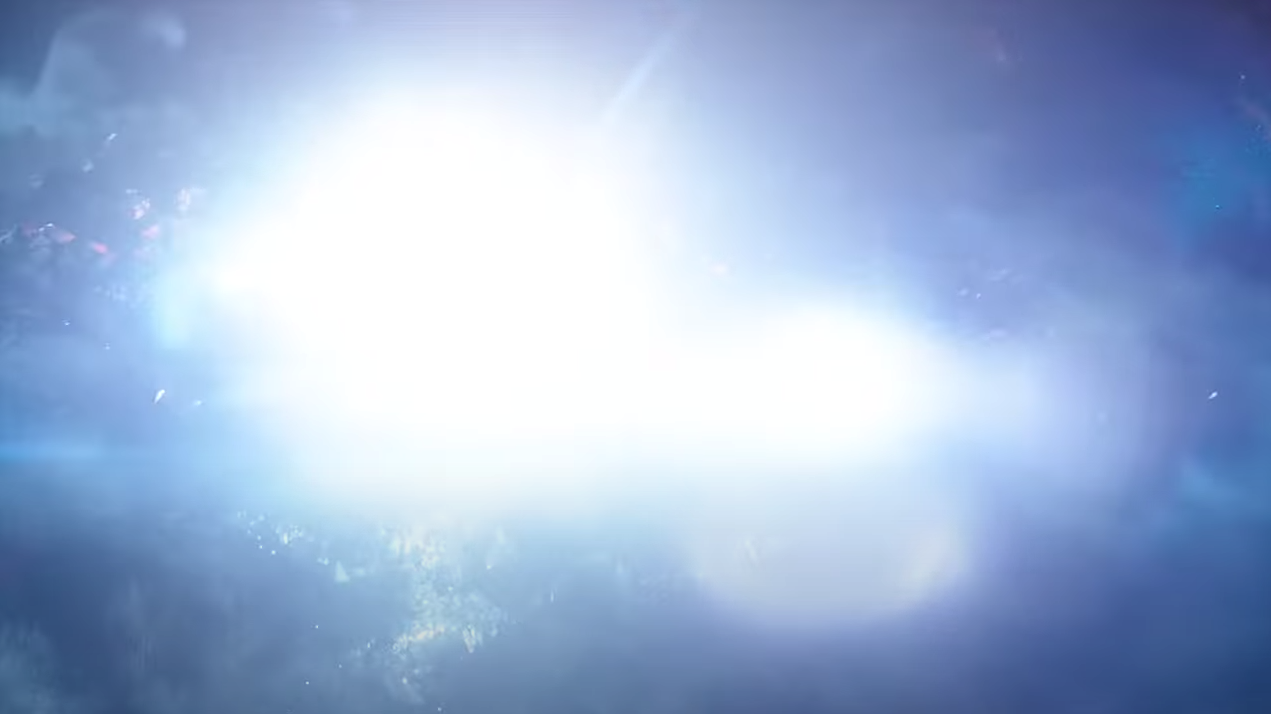 When the initial bright explosion dies away we're just left with rubble flying out in every direction. However, note the upper left corner where Surtur was, there is a shape that looks somewhat like Surtur's head. 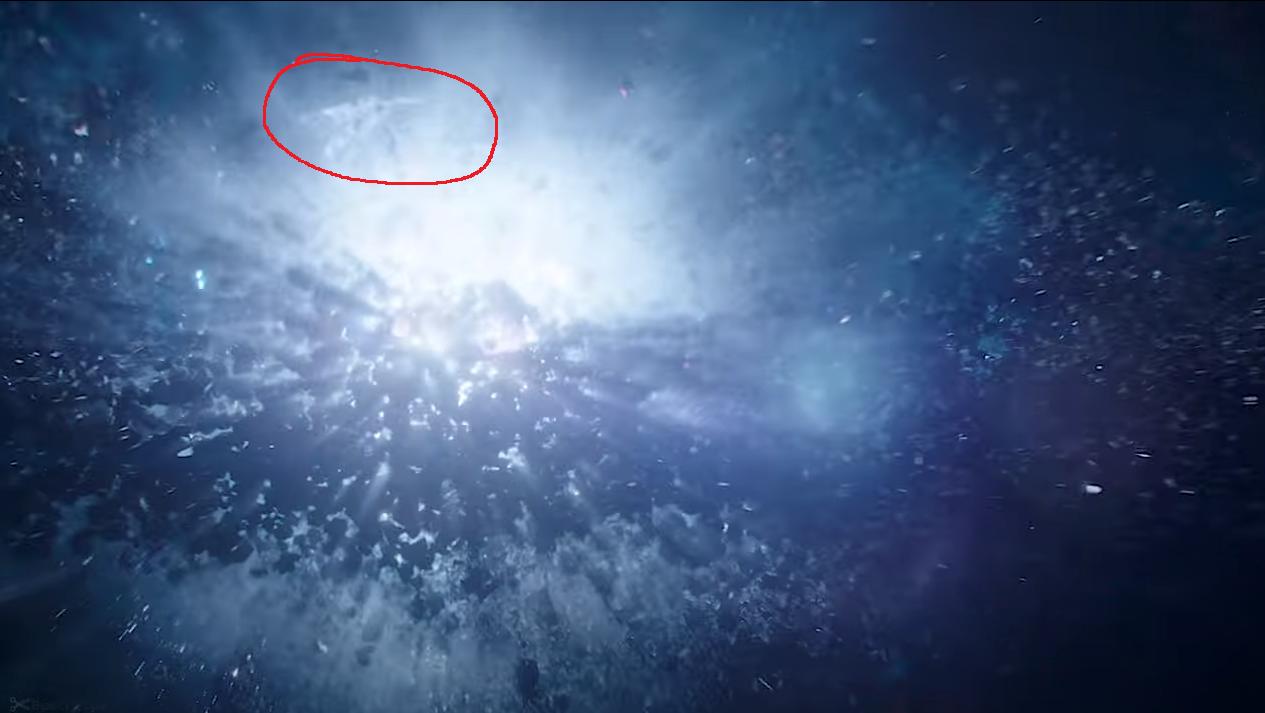 Now this isn't concrete proof either way (after all he could have died but not been destroyed) but it does make it seem like he wasn't completely destroyed if it is him.

I just want to make one last note here, the Eternal Flame can resurrect the dead and it restored Surtur to his full might. If the power of the Eternal Flame is still inside of him it's possible it could have kept him alive.

7
Who put Thor in chains?
8
Was Odin also the reason why Thanos hasn't invaded the Earth?
22
Did Loki steal the Tesseract, again?
7
What happened to Odin's treasures after Ragnarok destroyed Asgard?
4
What happened to Thor's shoulder wound in "Thor: Ragnarok"?
11
How did Surtur learn that Odin was not on Asgard?
7
What are the exact years of the MCU movies?
10
Whereabouts of Odin's spear, Gungnir, after the events of Thor: Ragnarok
14
Why couldn't Hela defeat Surtur?
6
Why didn't Thor lose his power?