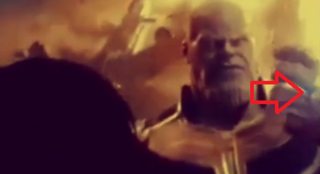 7
What happened to Odin's treasures after Ragnarok destroyed Asgard?
8
Why does Loki take the Tesseract?
15
The original Infinity Gauntlet
4
What happened to Thor's shoulder wound in "Thor: Ragnarok"?
7
What are the exact years of the MCU movies?
9
Whereabouts of Odin's spear, Gungnir, after the events of Thor: Ragnarok
4
Can the Infinity Stones be destroyed?
16
Why did Loki say Thor can't see Jane if he destroys the Bifrost when space travel was a thing?