In Ducktales, Gladstone Gander has fantastic luck. He finds 20 dollar bills wherever he goes, every business deal he makes is successful, and so on.

So over time he should be richer than uncle Scrooge. Why isn't he?

In fact, I vaguely recall a story (in the comics - no, I don't have the reference handy on that one) that showed that Gladstone's luck wasn't reliable if he tried too hard - that it only worked as long as he kept his laissez-faire attitude.

This story might be “Trail of the Unicorn”; here, Gladstone tries to cheat Donald out of some money. Gladstone theorizes that cheating is a form of work, and that’s why his scheme fails. (Thanks to McTroopers for the tip).

No effort to save or even keep much money

In the season 3 DuckTales (2017) episode "The Phantom and the Sorceress!" Gladstone temporarily has his luck drained. We see a flashback to right after this occurs. He goes into a restaurant expecting to be the 1,000st customer and given a free meal. When they expect payment, he shows that his wallet is empty. He then complains that "not one $20 bill conveniently flew in." 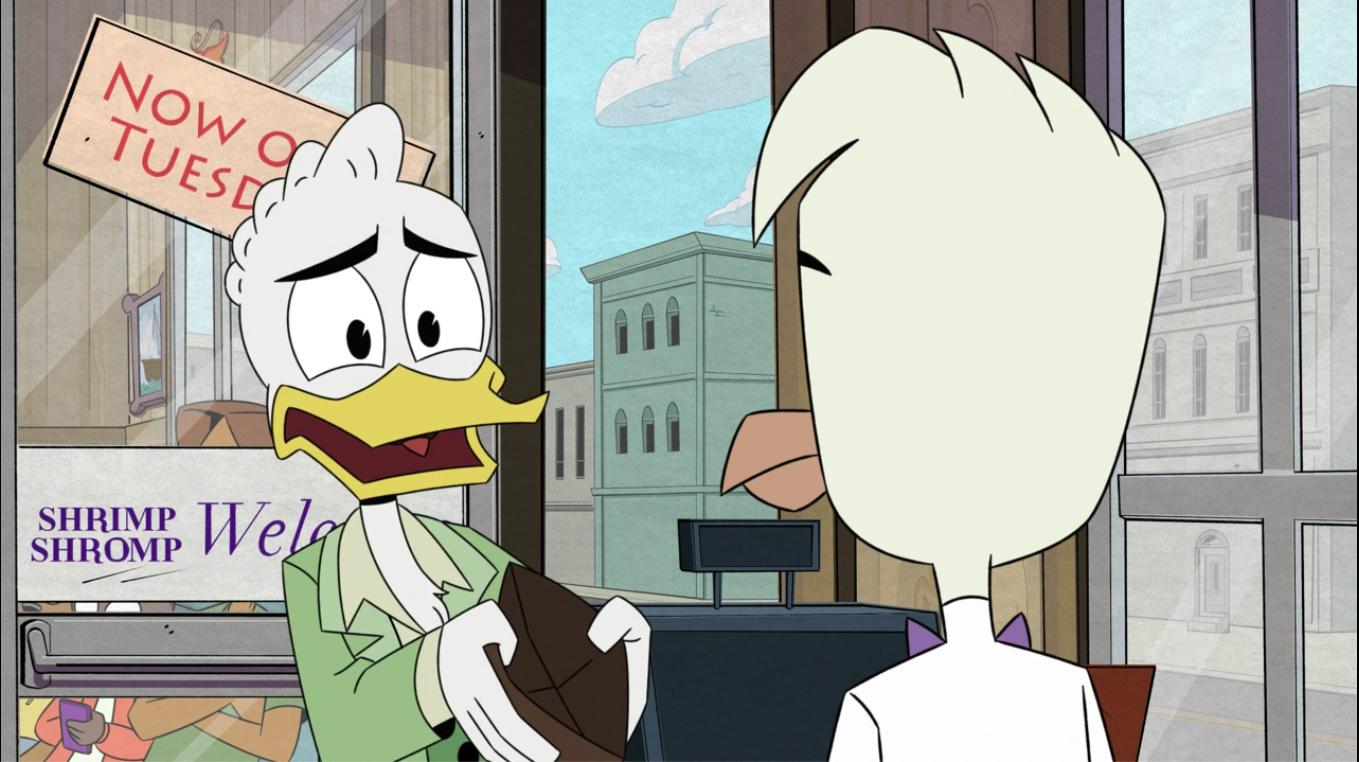 He goes to an ATM and only gets the $20 he asked for, instead of the "usual sack of rubies."

The season 2 episode "Treasure of the Found Lamp" contains a similar scene where he wants to purchase an item and presents an empty wallet, only for a $20 bill to fly in.

Based on these episodes, it would seem that Gladstone is constantly wandering through life accepting things as they come to him. Since he always gets what he wants in the moment, he has no reason to accumulate anything. Therefore his savings never reach the ludicrous levels of Scrooge, who very actively adds to and maintains his collection.