I’ve been trying to remember the name of a YA book I read in the mid 80’s. The protagonist was a pre-teen boy, I think he was on a moon colony with his family. It might have been a colony on another planet though. He goes exploring in some caverns and finds an alien life form, something that looks like a beautiful flowering plant, that has mind control powers. It’s got an older man, who’s been missing from the colony, in its thrall. It had a golden age sci-fi sort of feel. I read it just after reading This Place Has No Atmosphere, a sort of YA chick lit sci-fi about a girl who moves to a moon colony, so they might have been published around the same time, but the one I can’t remember might be older.

This is The Lotus Caves, by John Christopher, published in 1969.
It's tied with The City of Gold and Lead for my favorite work by Christopher (a.k.a. Samuel Youd).

The most common cover image was this: 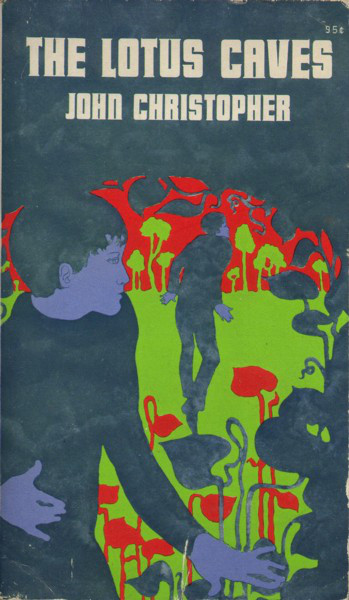 Fleeing the claustrophobic artificiality of the Moon Bubble, 14-year-olds Marty & Steve illegally reconnoiter-the long-abandoned 1st Station &, following a clue in the journal of "never recovered" Andrew Thurgood, plunge their mechanical crawler into a fragrant, fertile warren of caves. There the enveloping moss & branches, the moving, metamorphosizing leaves & undergrowth are all part of one gigantic sentient Plant which has also provided, for the surviving Thurgood, a lush earth-like orchard & an orchestra tree programmed to play his favorite (now 70-year-old) tunes. The Plant will pamper them until, like the Odyssey's lotus-eaters, they'll relinquish all thoughts of escape. Marty's fight against euphoria, which involves arousing the lethargic, Plant-worshipping Thurgood, is quickly told--more quickly than the Lunarians-at-school episode at the beginning.

7
Scifi novel. Colony on the moon, nanotech, sex changing journalist main character
4
Looking for a childrens/young adult book about children exploring the dark side of a moon
18
Short story about an asteroid colony where the plumber is an unclean/outcast
11
Book: Young man exiled to a penal colony, helps to lead revolution
10
Trying to trace a dystopian short story about a man who can remember how good life used to be, in a world that’s forgotten what they have lost
6
I am looking for a book about an astronaut traveling to a moon and solving a murder mystery