I thought the name was "The X Factor", but none of the suggestions I get when I use that title are correct.

1-armed man starts off on Earth. He's one of those stories you hear like mother that gets adrenaline rush and can lift truck off of kid, but he's able to climb some cliff with just the 1 arm. Aliens hear about his "x factor" and kidnap him, restore his arm, and place him on a ship with other aliens. They need whatever his X factor is to provide them some extra strength in a battle. He has to go through combat to work his way up on the ship he's put on.

Hour of the Horde by Gordon R. Dickson 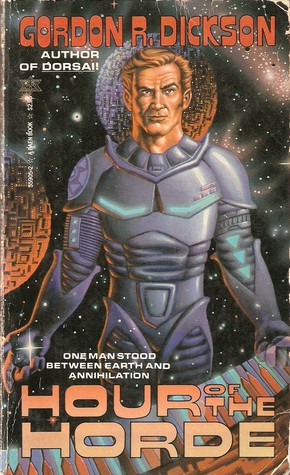 Annihilating everything before it, a horde of monstrous space travelers were advancing through the stars. And Earth lay in their route.

To defend their home planets, the worlds that lay in the path of the monsters created a super defense force, asking each planet to contribute one especially talented warrior to help turn the invaders away.

Miles Vander was Earth's man, but when he arrived at the rendezvous point he found that he was included in the special task force of the less civilized defenders. But in the contest of advanced nuclear weaponry and computer strategy, it turned out to be Vander's group that had the special independent qualities and the raw courage to meet the challenge the most effectively.

Someone suggested it to a query here, noting the adrenaline rush and one arm.

Sounds like Hour of the Horde by Gordon R Dickson. It's the adrenaline rush that makes the human and other aliens from "uncivilized" races so effective against the overwhelming alien armada that's attacking.

Did the human have only one arm at the beginning of the story? Did he have to fight every other alien on the ship he was assigned to in order to become the leader?

Found by searching for book aliens adrenaline "one arm"