I remember reading a Donald Duck magazine or comic once (at least a decade ago, but the comic was already old by then) where Scrooge McDuck had built resistance against some kind of radiation or ray weapon because swimming in his money all his life added a protective layer of gold dust to his feathers. However, I cannot remember the type of radiation or weapon it was protecting against. I also cannot remember whether this was explained in the beginning of the comic (followed by a long string of attempts to get him to lose this gold dust by the villain of the week) or at the end of the comic as a way to explain a deus ex machina in the finale of the comic.

What was Scrooge McDuck protected against by his gold dust layer?

This is Uncle Scrooge #08, The Mysterious Stone Ray 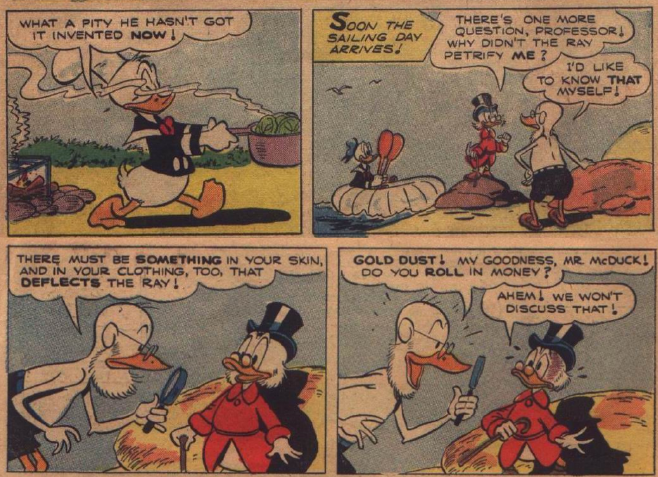 The device was a petrification ray, developed to defend the island by a Professor from Duckburg trying to perfect a recipe for fumeless cabbages 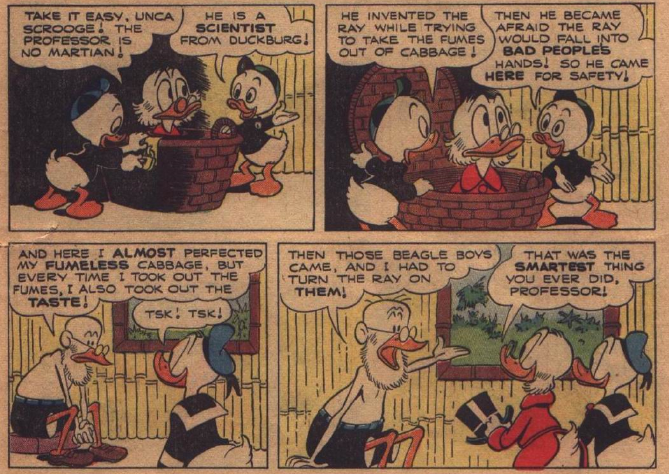 Not the answer you're looking for? Browse other questions tagged story-identification comics disney ducktales donald-duck or ask your own question.

11
Aliens change their mind about invading because they read two kids' comic books and thought Earth was protected by superheroes
14
Trying to identify an old Marvel Comics robot villain (not Ultron) from the 1970s?
12
Seeking Name of Lovecraftian Short Story About Ancient City In The North
11
Identify a comic where Scrooge McDuck uses a substance to convert liquids into gel like solids
11
What's the name of that comic team with genetically engineered government agents?
8
Comic where Scrooge McDuck or Donald Duck is facing a chess player that never loses
3
80s Comic Book issue with young team battling villain wearing power armor
6
McDuck Frankenstein Movie