What were the first humans with alphanumeric designations? 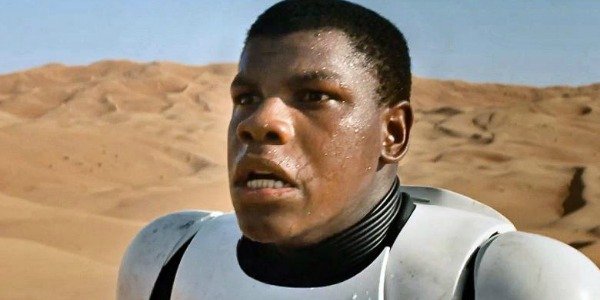 and it's a plot point that the Stormtroopers in this era don't have given names besides the corps and a number.

However, aside from that, they are just normal humans.

What's the first instance of naming humans this way?

What is not included:

We, by Yevgeny Zamyatin, completed in 1921 in Russian, first published in 1924 in English, concerns a world state in which everyone is known by an alphanumeric code, and people are referred to as "numbers." The protagonist is (in English) D-503. Other major characters include R-13, O-90, and I-330. In general, males have consonants and odd numbers; women have vowels and even numbers.

The Tragedy of Man has several scenes which can be considered science-fiction: set in the future, it describes a different human society which uses futuristic technology, and the relation between technology and society are an important aspect in the story.

The story goes through many eras of human history, from biblical times, through classical antiquity, middle ages and the author's present, but the last scenes are set in the future. Scene 12 presents a highly technocratic society, where poetry and emotions are banned, every member has one and only one job, and people are referred to only by numbers. They don't seem to have had any names.

Note: the protagonist recognizes them as expys of various historical figures he met during his time travels / dreams in earlier scenes, or, they remind him of those historical figures. I would still argue that this doesn't invalidate "being observed or cataloged or because of their function, but they actual do have names", for me it seems to have been included to exclude prisoners etc. who have real names used by other people.

(I don't know if the alphanumeric badges in this story are personal designations or not, but I'm posting this as an answer anyway. If it gets too many downvotes I'll delete it.)

1916 A few years earlier than We, but you can argue about whether it's a real example: Enoch Soames, a novelette by Max Beerbohm, first published in the May 1916 issue of The Century Magazine; available at Project Gutenberg, the Internet Archive, and The Hathi Institute. From the Wikipedia summary:

On the afternoon of 3 June 1897, Soames and Beerbohm are having lunch in the Soho-based "Restaurant du Vingtieme Siecle". Soames is self-obsessed and deeply depressed; consumed with the belief that he is an unrecognised great author of literature and poetry, unhappy about his current obscurity and failure, and keenly curious about his "certain" fate of posthumous fame. Despairing and desperate for assurance of the eventual recognition of his works and talent, Soames agrees to a contract offered by the Devil, who introduces himself from a neighbouring table. In exchange for the future possession of his soul, Soames will be transported exactly 100 years forward in time; to spend one afternoon (from 2:10 PM to 7 PM) in the Reading Room of the British Museum, a world-renowned center for bibliographic research, to discover what judgement posterity will make on himself and his works. After the allotted time has expired, Soames will be returned to their present date and location, but at the same time of evening as his departure from the future; and the Devil will then collect his payment.

On Soames' return from the future, he is questioned by the author and first-person narrator, Max Beerbohm:

"That's right. Try to remember everything. Eat a little more bread. What did the reading-room look like?"

"Much as usual," he at length muttered.

Soames tried to visualise them. "They all," he presently remembered, "looked very like one another."

My mind took a fearsome leap. "All dressed in Jaeger?"

"Yes. I think so. Greyish-yellowish stuff."

"A sort of uniform?" He nodded. "With a number on it, perhaps?—a number on a large disk of metal sewn on to the left sleeve? DKF 78,910—that sort of thing? It was even so. "And all of them—men and women alike—looking very well-cared-for? very Utopian? and smelling rather strongly of carbolic? and all of them quite hairless?" I was right every time. Soames was only not sure whether the men and women were hairless or shorn. "I hadn't time to look at them very closely," he explained.

For the purposes of this answer, I'm assuming that the alphanumeric DKF 78,910 is a personal designation. There is no explanation in the story; those alphanumeric things are not mentioned again. Apparently regular names also exist in that fictional 1997, to wit, the author T. K. Nupton:

I went back to the middle desk and asked what was the best modern book on late nineteenth-century literature. They told me Mr. T. K. Nupton's book was considered the best. I looked it up in the catalogue and filled in a form for it. It was brought to me.

That's not necessarily a problem; no reason important people like Mr. Nupton can't have traditional names, while the masses get by with letters and numbers.

Not the answer you're looking for? Browse other questions tagged history-of names or ask your own question.

26
Does “FN” stand for or mean anything?