Novel where Earth is about to advance to the next level but humanity isn't ready, so god sends humans to other worlds but forgets one person

Earth is about to level up to the next level, but humanity is not ready. In order for humanity to not be decimated by monsters, god sends humanity to other worlds to prepare them, but he forgets one person.

The protagonist escapes god's perception but is later found out. In order for him to survive god sends an angel to teach him martial arts.

The time is stopped, and he spends 1000 years training all alone, while the other humans spent 10 years on other worlds to level up and learn skills.

Later on, humanity is brought back, and the evolution of Earth begins.

Everyone Else is a Returnee

Earth is changing. The concentration of mana has reached a level where the world is about to be ‘activated’. In order to provide humanity a chance, heaven implements a plan to have humanity level up. Yu Ilhan, our MC, was left out while every single human on Earth was transported to other worlds. After experiencing solitude for untold years, everyone is back, and he can’t use mana. Join Ilhan in this action-packed adventure filled with adrenaline, cheap attacks, comedy, references for days, desperate noonas, and more!
Translated synopsis by /u/MMatosz on reddit, taken from this link 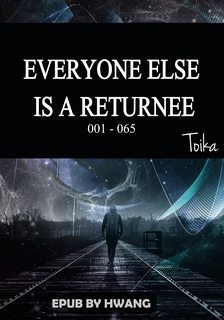 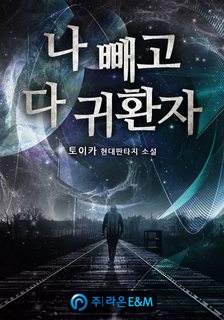 4
sci-fi novel about nuclear disaster, rich/poor main characters, one surviving but not the other
15
Story about last 2 men on Earth. One very evil, and the other very ethical
8
Scifi novel about two battling AI's, where one is trying to protect humanity and the second one is trying to destroy it
8
Stunning CGI short film about war and love where the leader of one world invades the other after being rejected
5
LitRPG book with the main character “trapped” in VR MMO world, manages to re-invent tobacco as a crafting recipe, serves a “dark” god
6
Novel about two princesses in a fantasy world, one falls sick and the other travels to find a cure