Why was there water in Eleven's searches?

When Eleven goes on her searches (pretty similar to what is referred to as Astral Projection), she gets into a dark scene where she finds or connects with the person she wants to reach. In that scene, you can see she's always walking over a small amount of water (see image) 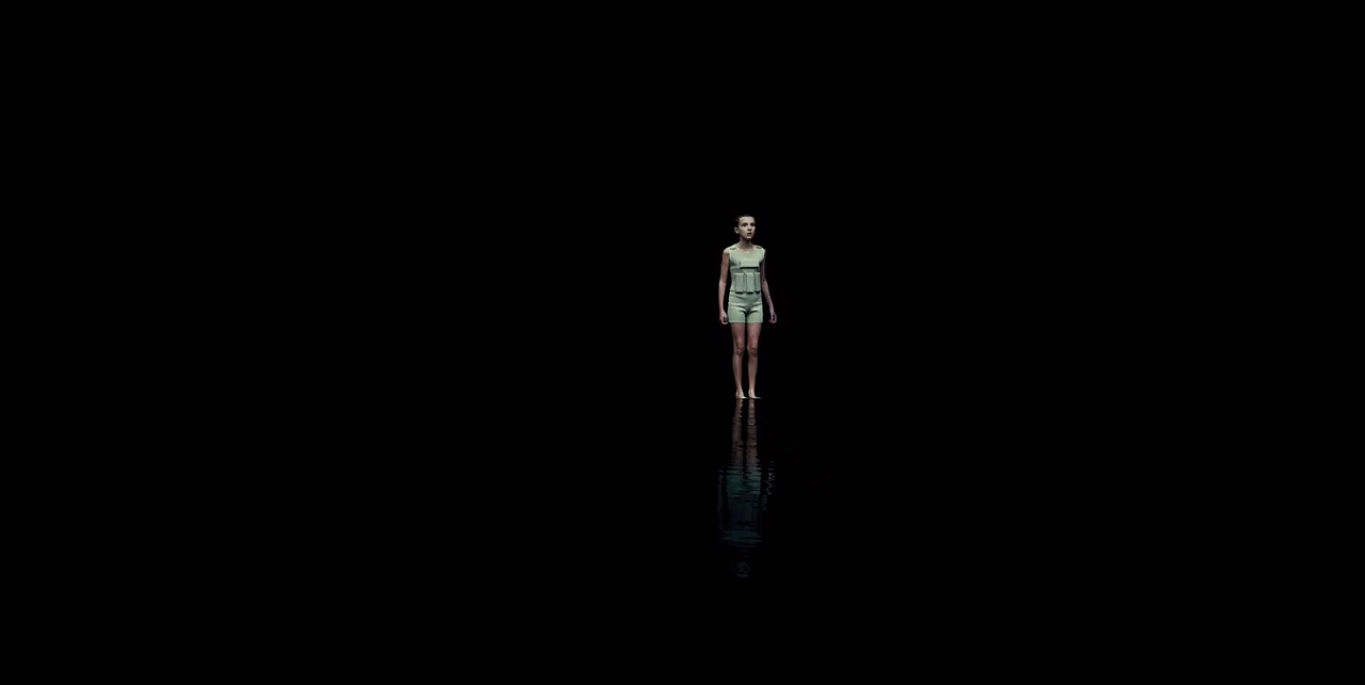 At first, I thought it was related to the deprivation tank since she was in - and the same thing happened when they used the pool inside the gym. 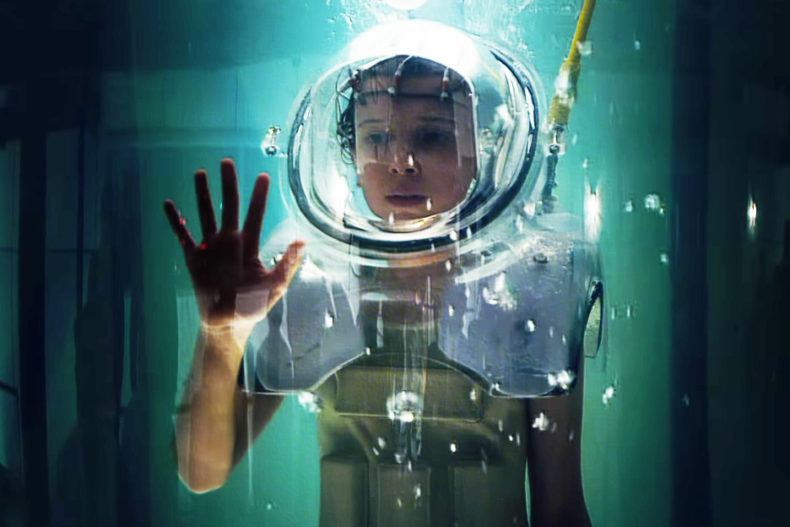 In later episodes, however, she isn't inside the tank, or even near a body of water...but she always walks on water when she travels.

Is that explained at some point?

Alternate ideas I had:

The similarity between this astral plane and the sensory deprivation tank (wet, dark, empty) seems to imply that either the astral plane was created from the empty experience of the sensory deprivation tank, or that reaching the plane was aided by the tank because they were made to be as similar as possible. Sensory deprivation could be less metaphorical and more a practical way to retreat into latent psychic abilities (in fiction). The fact that she is later able to reach this psychic plane without as much preparation and support probably implies that the intensity and control of her power is maturing.

I think there is some merit in speculating that the reflectiveness of the water and the darkness were evocative of the concept of the upside-down, since the upside-down is a dark reflection of the natural world.

There is some merit to infer that Eleven is a Christ-like character during season 1. She does appear to walk on the surface of the water, rather than wading through it, and I think there is strong evidence that the writers did this deliberately as a Christ-like trait. She does annihilate (sacrifice) herself in order to destroy the demogorgon (and save humans) at the end of the first season. The identity of her biological father is not established as fact. It's also pointed out that Eleven returns from death or apparent death. I am not sure what other monomythic traits Eleven exhibits.

Edit to incorporate some of the discussion in the replies:
In cinema appreciation, anytime a character is calmly submerged and held in warm fluid, you have to ask whether this is symbolic of the womb. In The Matrix, most of humanity is held docile in a sort of suspension gel inside of pods. This absolutely is a womb symbol. When Neo was ejected from his pod and experienced the real world for the first time, this was precisely a birth metaphor. Another clue to be sure that the Matrix filmmakers intended the womb metaphor is that one of the lesser known definitions of "matrix," is a female animal used for breeding (and carrying life inside her womb). In Stranger Things, I don't think there is a strong argument for a womb metaphor. I think the argument, as it exists, is that a sensory deprivation chamber can be like a womb, and entering the chamber puts Eleven in touch with psychic powers that she may have inherited from her mother.

Carl Jung said that water is the commonest symbol for the unconscious. This may be because bodies of water are reflective, and may symbolically reflect our mind. When we look into a reflective body of water, we see a distortion of the real image (if the surface is disturbed), and it can be used to depict a character's alternative perceptions of self. The contents that lie below the surface of a body of water are an even better metaphor for the subconscious; because they are what lies below the surface, what isn't seen, what's there but you aren't aware is there. Since sensory deprivation tanks allow meditation, hallucination, and a retreat into your unconscious mind; we have water and Eleven's subconcious in the same place. So water as a symbol for the subconscious is supportable as intended by the writer. In other works that featured bodies of water, like Jaws or Titanic, there is just not this much support for tie-ins with the subconscious.

Not the answer you're looking for? Browse other questions tagged stranger-things or ask your own question.

17
Why was the "Demogorgon" not attracted to Eleven's blood?
4
What was going on with Will and the lights in Season 2?
6
Why didn’t the Demo-dogs eat this person?
13
How was Will sending messages through the lights?
4
What Kind of Research Was Being Done At the Lab?
20
What has been changed in Stranger Things since it was originally released?