What does the registry number of The Orville (ECV-197) mean?

What is the origin of The Orville's registry number, ECV-197? It can be seen on the side of the ship in the opening animations. What does "ECV" stand for in-universe, and why was this particular number chosen?

Address both in and out-of-universe reasons for the name, if possible. (for example does "197" have some meaning to the writers of the show)

As a side note, I noticed that the shuttlecraft carry the same registry number with a suffix. We've seen at least ECV-197-1 and ECV-197-2 so far.

It would appear that the prefix ECV stands for Exploratory Class Vessel.

In Episode 6 we encounter the USS Olympia. Its prefix is LCV-529 and is described by Seth Macfarlane as a "Leviathan class" 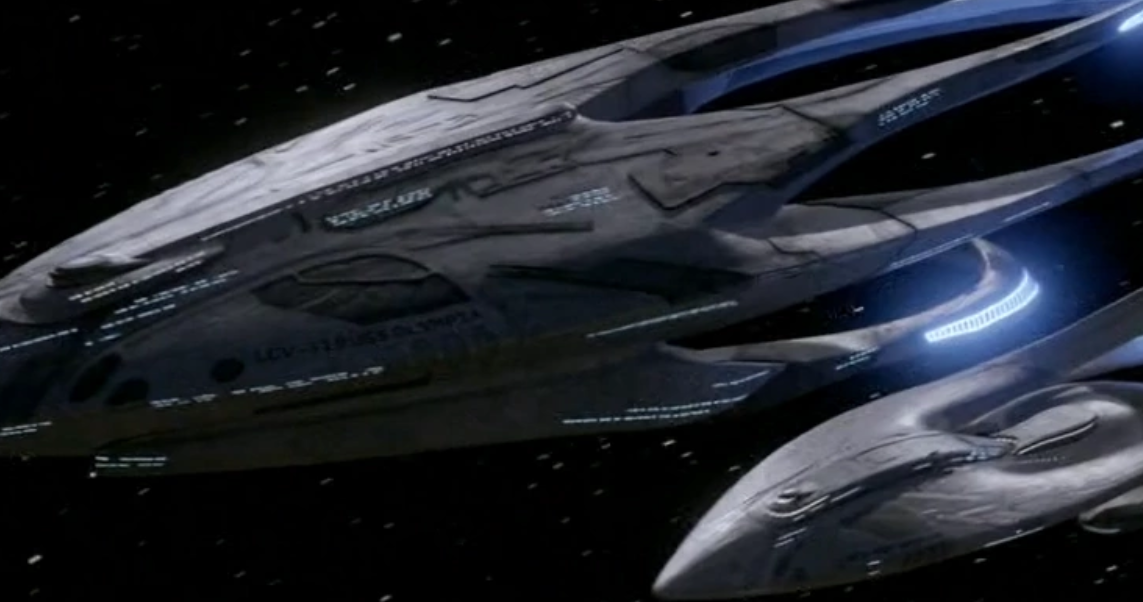 And in the opening episode the Orville is described as an "exploratory vessel".

"The USS Orville. It's not exactly a heavy cruiser, but it is an exploratory vessel."

Which gives us L for Leviathan (and E for Exploratory / Explorer), C for Class and V for Vessel.

There are no indications what the numbers refer to, but it can be surmised that it's a build number, 001 potentially being the first in its class.

Not the answer you're looking for? Browse other questions tagged the-orville or ask your own question.

12
Is there any out-of-universe meaning to starship registry numbers?