Trying to ID a sci-fi/fantasy book I read in middle school. I read it around 2005, and at that time it was already a very old book - the pages were yellowed and musty.

The one key, defining, and distinctive element that I remember is the central importance to the plot of four relics or artifacts that closely resemble the ancient legend of the Four Treasures of the Tuatha Dé Danann. These powerful magical artifacts were very important to the plot, and used in the war against evil. These artifacts later cropped up in other books (like A Wizard Abroad and The Black Cauldron) and captured my imagination, which is why I'm trying to ID this book.

The four artifacts are:

Some other things I remember about the book:

The story is one of the stories of mixed sci-fi and fantasy styles. The characters rode horses and used swords, but also had some sort of laser weapons and other futuristic technology mixed in. I think I recall at least some kind of space travel, but I may be getting that part mixed up with a different book. Magic was also strongly involved.

The feel of the story was what I'd describe as Arthurian High Fantasy. The story was about kings and queens and kingdoms and wars, and either took place in a different world, or an earth very unlike our own. Based on what I recall of the writing style and their conception of futuristic technology, these were older books - I'd estimate 50s to 70s.

I'm wondering if this might not be the series by Kenneth C. Flint, "The Sidhe Series". Originally written as a trilogy with publication dates of 1984-1985 (A fourth novel was added in 2012), it mixes fantasy with more modern science fiction elements. 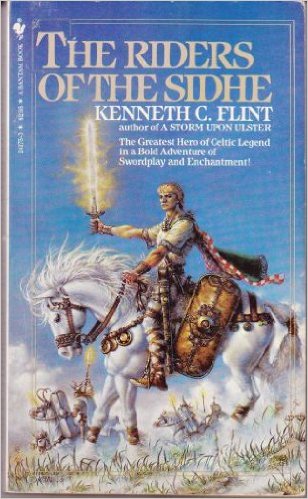 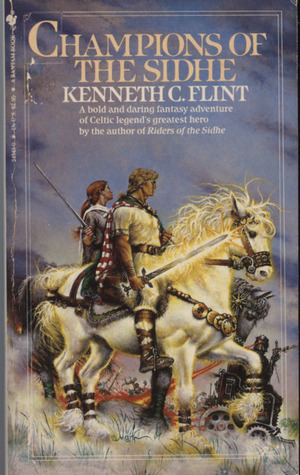 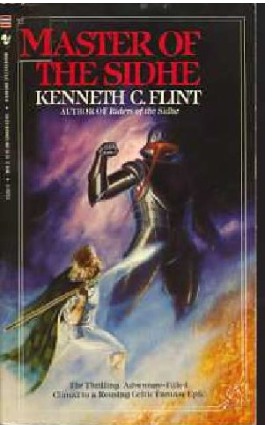 It has been VERY long since I read this, so I cannot guarantee that the artifacts are a central part, except Lugh on the cover of the third novel is depicted wielding his spear, they do go after the cauldron. The science fiction elements (Balor with a laser eye, Fomorian engines and tanks, modern inventions in the tower) all fit.

Could this be "Elidor" by Alan Garner (1965)? While not a perfect match - no lasers for example - there's enough similarity that I'm putting it up as an answer.

Here's the war against evil, some of it on a different world:

The story concerns the adventures of a group of children as they struggle to hold back a terrible darkness by fulfilling a prophecy from another world. The plot moves to and from the world of Elidor, and the city of Manchester and parts of northern Cheshire in the real world.

And the four artifacts:

The four treasures of Elidor – the Spear of Ildana held by Malebron, David's sword, Nicholas's stone, and Helen's cauldron – correspond to the Four Treasures of the Tuatha Dé Danann – the Spear of Lugh, Claíomh Solais, Lia Fáil, and The Dagda's Cauldron.

I don't have access to the book directly, and this is just going off a description, but might it be Seven Magical Jewles of Ireland?

Drawn through a hole in time and space, twentieth-century American Bass Foster finds himself hailed as a noble warrior and chosen to command--first on land and then at sea--the armies fighting to preserve King Arthur III and his realm against the Church-led forces determined to place Arthur's nephew on the throne of England. But Bass is not the only traveler in time. And though the mysterious force which has exiled him to this land of knights in shining armor has brought other unexpected comrades-in-arms, it has also opened a gateway to a far future time and place. And suddenly Bass, Arthur and their allies must face the menace of an unknown but deadly enemy seeking not only to overthrow Arthur's kingdom but to conquer and enslave their whole world.

Looks like its from around 1985. Can't find any direct references to the items though. Would be helpful if someone familiar with the book could confirm.

This seems to the be The Many Colored Land by Julian May.