What are the human cultures depicted in the Valerian opening montage?

Relating to this video:

and this question: Why this year in Valerian?, @Valorum provided this answer which explains the context and thinking

In short, the world of Valerian is one in which the docking of the Soyuz and the Apollo heralded a new era of international cooperation rather than a further twenty years of Cold War. A large international co-project was evidently announced and the Alpha Space station was built in Earth orbit by the Russians and the Americans.

What happened in 1998, at Alpha Space Station in orbit around the blue-green world, was not merely two nations meeting. When the European Hermes spaceplane, proposed in the same year as that first historic handshake, arrived to dock at Alpha, it represented a coalition of nations. Space was no longer the province of a few tiny humans, but was rapidly evolving to belong to humanity.

The space station grew as time went by. In the year 2019, China’s massive Tiangong-3 spaceship was warmly welcomed when it came to take its place at Alpha. The captain of the Alpha Space Station, one thirty-year-old James Crowford, enthusiastically greeted his Chinese counterpart Wuang Hu, who himself could not seem to stop smiling. Later historians would mark this moment as the end of international tension, and the beginning of what was the first Great Age of human cooperation.

Valerian and the City of a Thousand Planets: The Official Movie Novelization

Besson: [Laughs.] No, no. It was very, very important and it was an idea that I had for a long time. I wanted to start with some footage from 1972. I want to start from who we are, okay? In 1972, Americans and Russians are able to smile to each other and shake their hands. And we forgot! It starts well. ...

But it’s very important to show that these humans, no matter where they come from… okay, here is Russia and America, but they’re so happy to meet! They’re so happy to shake their hands. And then after we see the Chinese and they’re happy too.

Interview | Luc Besson, ‘Valerian’ and the Science Fiction of Optimism

What is the sequence of country or regions, and what's the evidence for each?

We can determine the first two cultures easily; Russia and China.

Russia (note that this is historical footage) 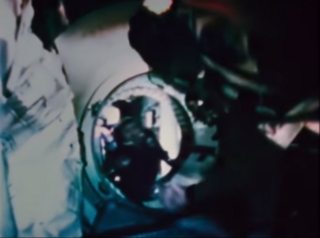 The following cultures (India, Japan, Arabia and the Ukraine) are captioned as below in the '100 days with Valerian' behind-the-scenes factbook. 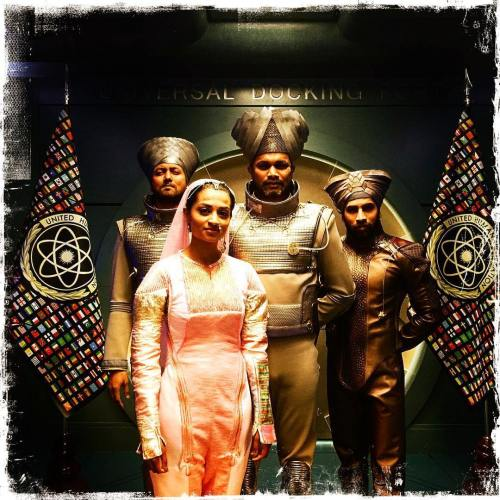 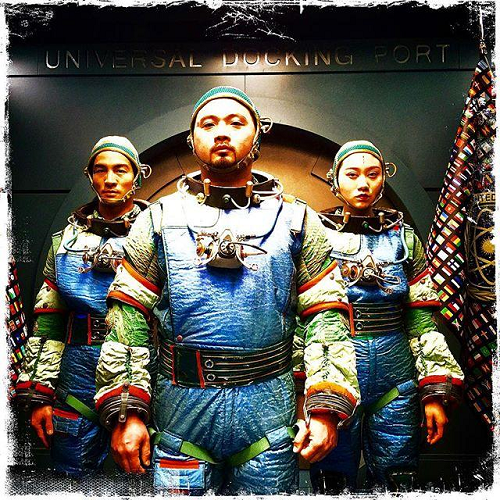 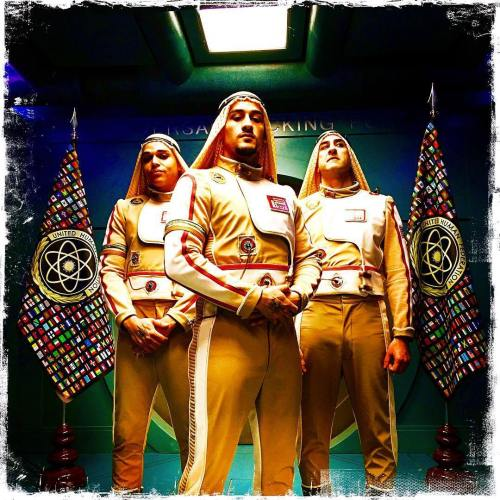 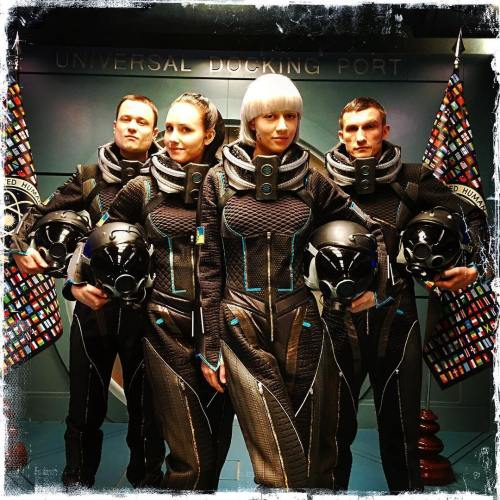 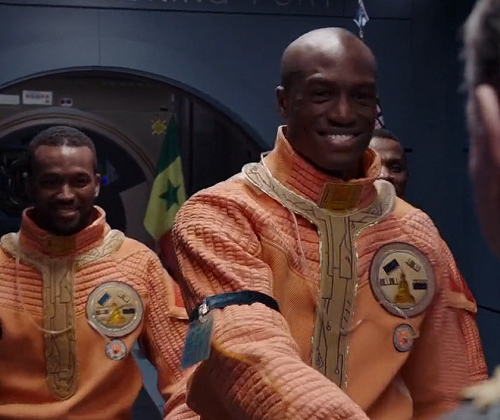 To add on to the answer above by Valorum, if you look over the shoulder of the African astronauts, you can see the Senegalese flag. Likely they are representatives of ECOWAS, which is an EU-like organisation (although not currently as mature) for West African states and of which Senegal is a member. I don't think the logo on their chest is a Buddha, as West Africa is religiously Christian, Muslim, and the traditional West African belief system. It appears rather to be a golden depiction of an airplane, spaceplane, or capsule of some kind, perhaps the symbol of their air force or space program.

Not the answer you're looking for? Browse other questions tagged alternate-history costume valerian-and-laureline valerian-and-city-thousand-planets or ask your own question.

4
Who arrives at what will become Alpha, in what order?
3
Why this year in Valerian?

2
What equipment do the Thunderbirds carry?
14
What are the historical antecedents of Q's judge costume?
51
What are Imperial officers wearing here?
9
What are Spider-Man's goggles for?
8
Which Valérian and Laureline stories is Valerian and the City of a Thousand Planets based on?
4
Who arrives at what will become Alpha, in what order?
2
What happened to the infection at the center of the Intergalactic Alpha station finally?
3
Why the discrepancy in the Valerian movie about distance?
2
What happened to the K-Tron in the command center?
3
Who are these humans fighting over the planet Mul?