Why does the Admiral tell L'Rell that the Federation has no death penalty?

We know that the Federation has a death penalty.

My question is: Why does the Admiral tell L'Rell that the Federation has no death penalty?

In general, the Federation has no death penalty

As BMWurm mentioned before me in his comment, the only known case of the death penalty is the General Order 7 mentioned in the question.

In general, the Admiral was right in her statement. It was one, exceptional situation, and the point was, that comparing to the Klingons and their value of (especially alien) life, the Federation has completely abandoned the death penalty.

It should be noted that the contents justification of General Order 7 was classified as "TOP SECRET For eyes of STARFLEET Command only", which would mean "do not disclose to anyone not in Starfleet Command, especially the Klingons, even if they appear to be defectors".

A statement from Admiral Cornwell that the Federation does not have the death penalty, except for one situation that concerns one planet, without liberty to discuss why, would have created doubts and confusion, and would not present the contrast between the Federation and the Klingons. 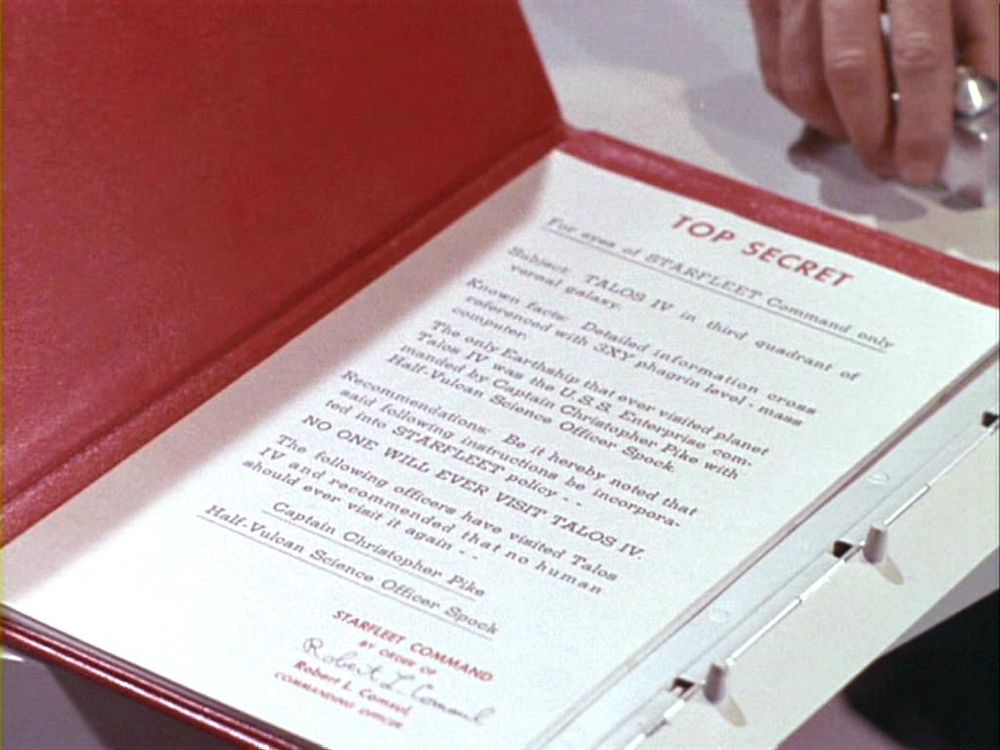 According to Memory Alpha, Captain Pike's encounter on Talos IV was in 2254.

Given how controversial a death sentence would be, it does not seem unreasonable to suppose that it took more than two years to finally decide upon it, and in the meantime the proposal would be on a "need to know" basis. So it is possible that General Order 7 did not yet exist at the time Admiral Cornwell was speaking, though he might or might not have been aware of the proposal.

Alternatively, Admiral Cornwell could be drawing a distinction between Federation Law and Starfleet Law. I believe there is real-world precedent for military law to still include the death penalty even in nations that do not otherwise make use of it. Presumably, as a potential defector, L'Rell would not be part of Starfleet and not subject to military law.

37
Why was there a death penalty for going to Talos IV?
13
Do Starfleet regulations and general orders apply to non-Starfleet Federation citizens?

4
Why does Captain Lorca tell the Admiral that the Spore Drive is fully functional?
4
Why does Michael Burnham not regain her insignia badge when she joins The Discovery?
5
Which Star Trek episodes mention a living being's 'spirit'?
4
After the Admiral is captured by the Klingons, why doesn't Lorca immediately organise a rescue mission?
13
Is there evidence to suggest that Admiral Cornwell and Lethe are the same person?
1
Is Stamets calling Tilly 'Captain' an error due to the effects of the spore drive connection?
3
Why would they say in Star Trek TOS Day of the Dove it was dangerous to beam intra-ship?
2
In Star Trek Discovery why are they able to beam out Admiral Cornwell later - but not able to detect her earlier?
10
What is the meaning of the "You're not what I expected" scene with L’Rell and Cornwell?
8
How does Starfleet measure night and day aboard ships