In Thor: Ragnarok, we saw that

Scrapper 142 was actually a Valkyrie who was earlier saved by another Valkyrie from Hela. In the movie it happens in the bit between Hela throws a sword and Scrapper (as a Valkyrie) falls

Tessa Thompson appears as [a] Valkyrie in Thor: Ragnarok.

There, the entire Valkyrie force was wiped out by Hela when Odin sent them to stop her. The only survivor is seen in a flashback being saved by a fellow warrior who took a spear for her.

Because she is blond and Scrapper is brunette 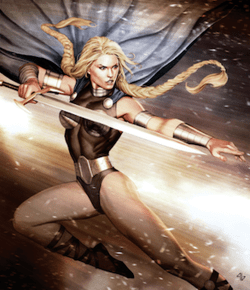 I have not followed the Marvel universe well enough to know.

So using my secret sources I was able to get a picture of both the valkyrie in question and a couple shots of the cast list (sorry about the poor resolution). This is also the best shot we get of her face from the movie. She is only in three shots. Listed in the cast credits Valkyrie Sister #2 is Samantha Hopper. If however this is not her she is not listed in the credits from what I can tell. 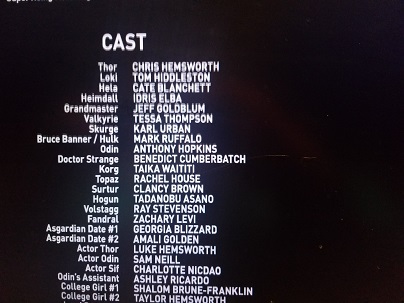 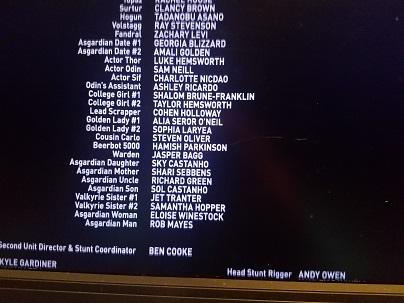 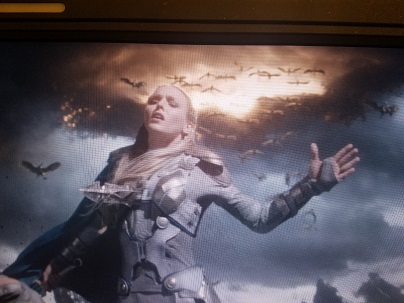 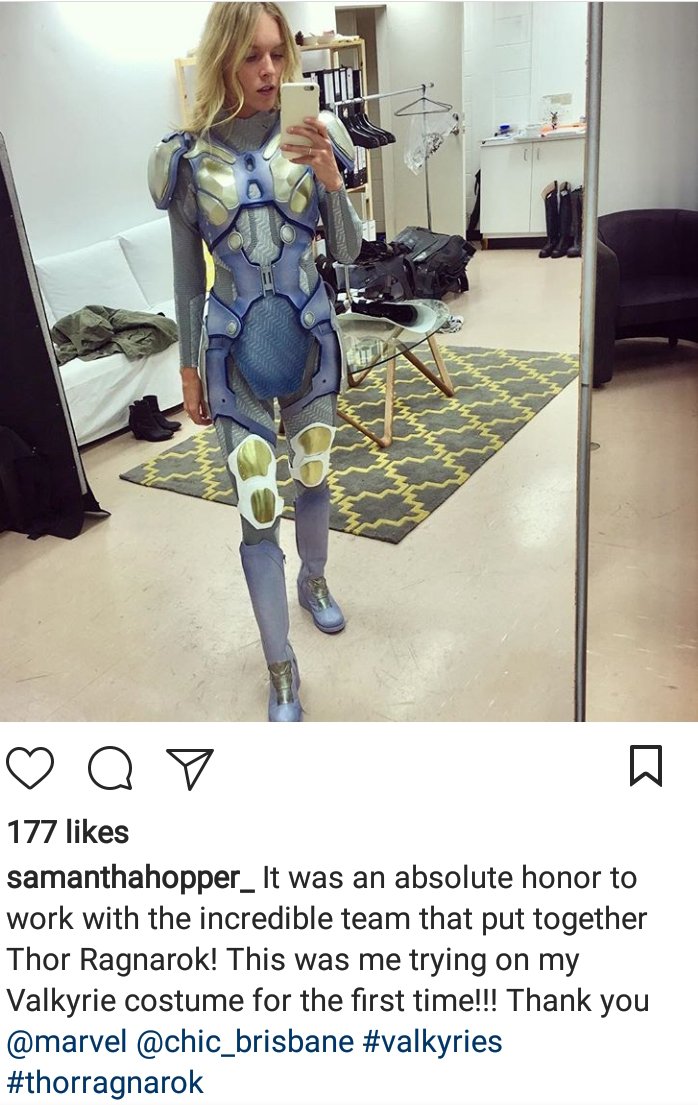 The IMDB credits page for Thor: Ragnarok lists each of the roles played by actors in the film, whether they are named or not. Each of the named characters except for Beerbot 5000 can be accounted for. Of the unnamed characters, only the titles "Valkyrie Sister #1" and "Valkyrie Sister #2" make any sense. So most likely the character is Beerbot 5000. But seeing as the character is dressed as a Valkyrie with nothing in particular to make her stand out, there is no reason to think that she could not simply be Valkyrie #1 or Valkyrie #2. There is nothing to suggest that she is any named Valkyrie or other character.

7
Who put Thor in chains?
2
Who is the giant wolf Fenris?
12
Where was Hela imprisoned?
22
Who is depicted in the statues on the Grandmaster's Palace in Thor: Ragnarok?
12
Can Hela be killed?
18
How, if at all, was Thor unaware of Hela?
11
Who is this character depicted in the holograms in Thor: Ragnarok?
14
Why couldn't Hela defeat Surtur?
10
What is Valkyrie's real name?