You are probably thinking of Fate/stay night (or its prequel, Fate/Zero), with a number of details misremembered.

The character who you think is Joan of Arc is actually a genderswapped King Arthur (but until her identity is revealed, people commonly guess that she's Joan of Arc). As such, it is she who uses Excalibur, not her opponents. She is typically called "Saber". 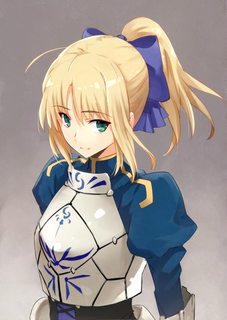 There are two characters whose ability could be construed as being able to use any sword ever created. One of them (Gilgamesh) literally owns a copy of every weapon in existence and has the ability to summon them using the so-called "Gate of Babylon". The other (Archer) has the ability to create a copy of (almost) any sword he witnesses. 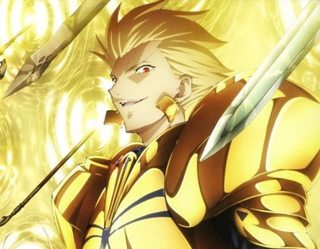 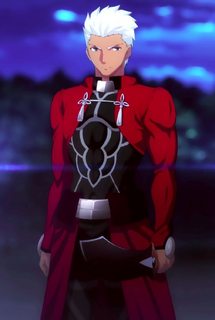 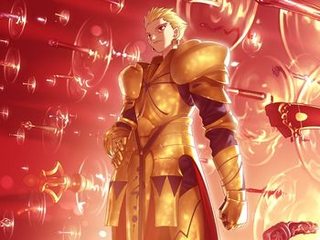 I would say however it is actually Fate/Zero

The first thing is

some girl summons Joan of Arc

Senshin is correct about the mistaken identity of Arturia being Joan of Arc but this was only in Fate/Zero (in Fate/Stay Night, to my recollection, Joan of Arc is never mentioned). another person who was summoned, Gilles de Rais, who fought with Joan in the 100 Year War mistook Arturia for being Joan 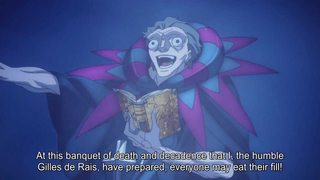 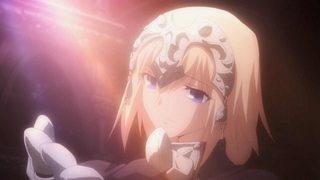 Also, Arturia wasn't summoned by a girl. she was summon by Kiritsugu who is a man (and is summoned by his son Shirou in Fate/Stay Night). however as apart of his plan for fighting in the Holy Grail War Kiritsugu had his wife Irisviel von Einzbern act as if she had summoned Arturia. 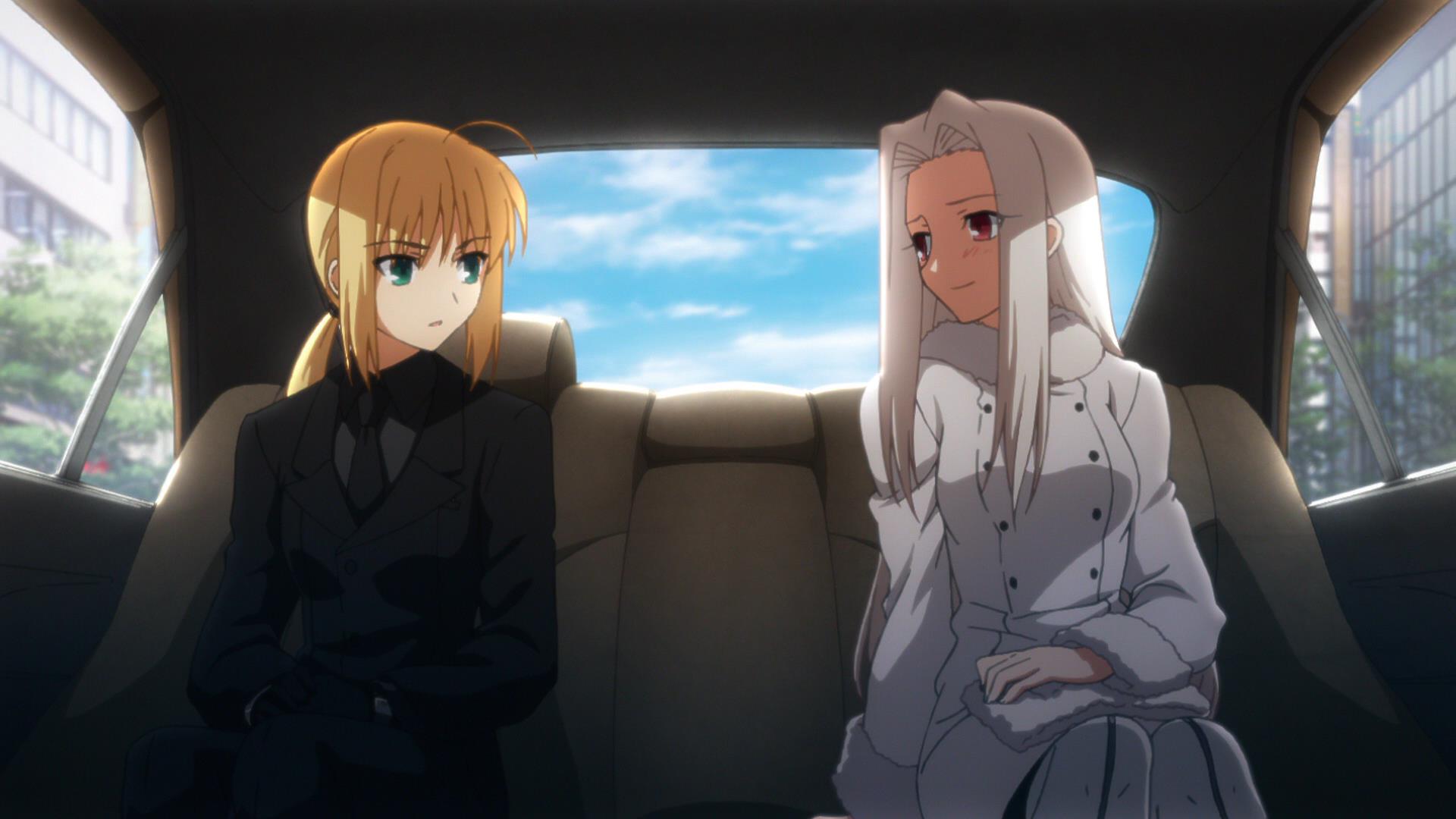 the person who Gilgamesh follows in Fate/Stay Night, Kirei Kotomine wasn't the one who summoned him but it was Kotomine's "Teacher" Tokiomi, but later in Fate/Zero Gilgamesh sides with Kotomine 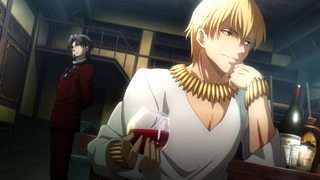 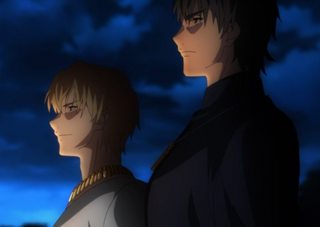 8
Fantasy novel about a warrior who battles a 'king' with the help of a magician
16
Story about a temporal research station, lots of time travel
12
Childrens fantasy, blind monk leading boy who can control the elements
9
Story whose final line is "Let there be light!"
6
What's the anime where a girl who comes to town to fight an enemy meets a guy who lives with an old man? (It's not Bleach)
5
YA horror mystery book with mentions of witchcraft and Joan of Arc
3
Anime about a club of high school girls that fight monsters
3
Manhwa where the MC has a PC to create Dungeons and gets to choose the difficulty of the Dungeons
5
Trying to remember an anime - nerdy pervy nosebleedy guy transforms into cool handsome guy every episode