From which Star Trek TNG episode/movie has this famous facepalm image been taken? 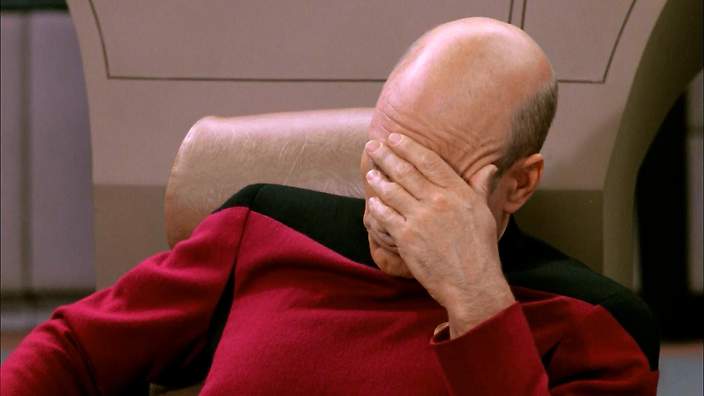 This Picard Facepalm image is very famous. You can find it in countless memes. Everyone keeps using it on social media. Even Fortune.com has used it.

It is so famous outside its dimension that when I do a reverse image search, Star Trek is nowhere to be found. This is actually funny.

From which Star Trek TNG episode or movie has this image been taken?

From KnowYourMeme.com, emphasis mine:

One of the most popular facepalm images is one of Captain Jean-Luc Picard from Star Trek the Next Generation taken from the episode “Deja Q,” in which Picard is shown reacting to a stressful situation

(This was the first result for googling Picard facepalm btw.)

"Deja Q" is the 13th episode of the third season of the American science fiction television series Star Trek: The Next Generation...

In this episode, as the crew of the starship Enterprise struggle to prevent a moon from falling out of orbit, their situation is further complicated by a visit from a powerful nemesis named "Q" (John de Lancie), who informs them that he has been stripped of all his powers and must live out a mortal life. 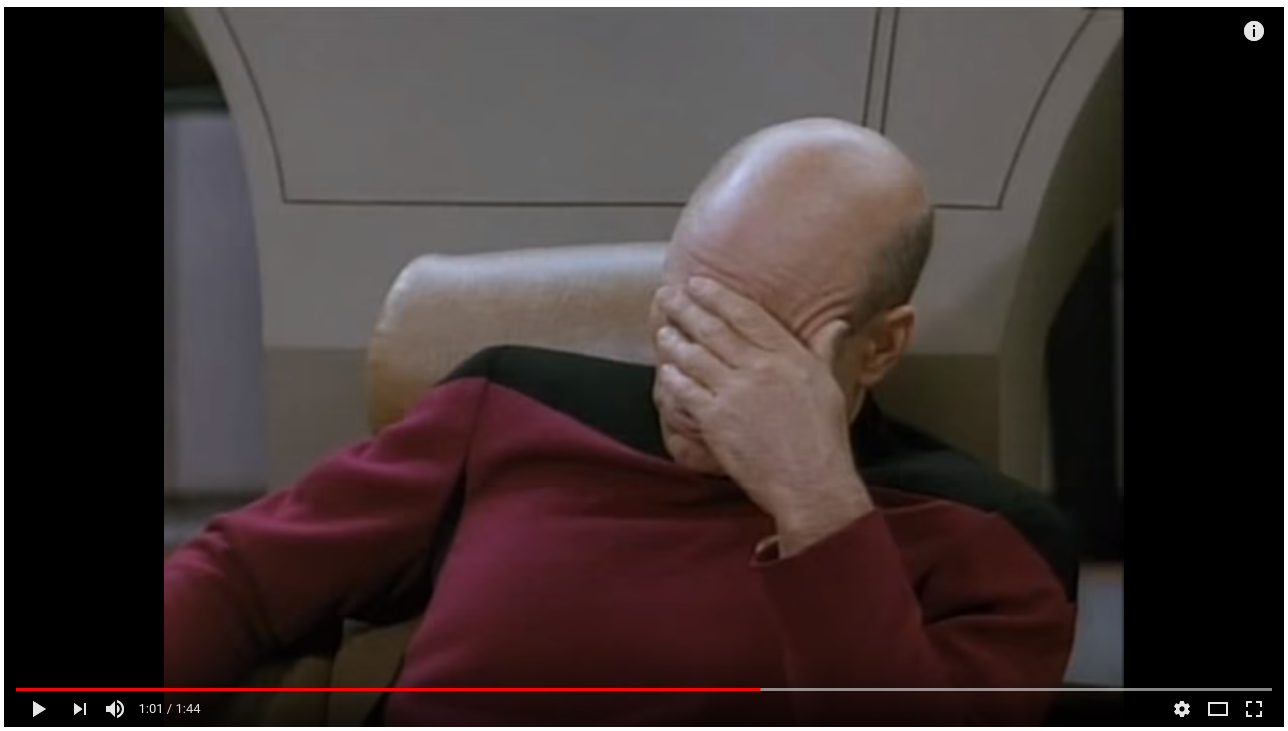 In this scene, Q (a character that the rest of the crew finds very annoying) is explaining to the bridge crew that he has been stripped of his powers and is human now. Picard is reacting to this news with skepticism and annoyance, based on previous encounters with Q.

44
Which episode is the "double facepalm" image macro from?

44
Which episode is the "double facepalm" image macro from?
36
Is the "Space, The Final Frontier" quote "in universe"?
50
Which episode of Star Trek: TNG is the image on the chat servers' error pages taken from?
21
What are the special abilities of Wesley Crusher?
20
Which ship has the most prolific "recurring" role in Star Trek?
9
Did Picard use a Vulcan neck pinch in Starship Mine?
15
From which episode of Star Trek TNG is the lower part of the picture?
24
Why was conn held by low-ranking officers?