How does the Federation determine how to set their clocks?

This got me thinking about Star Trek. Frequently in Voyager, Tom Paris is late to his "Oh nine hundred" shift on the bridge.

In the Star Trek universe, How does the Federation determine how to set their clocks? Do they set the ship's clocks by San Fransisco time regardless of the local time in that part of the galaxy?

Do they adjust the time to that of the local capital planet of the solar system they're in?

I'm hoping someone with an official writers guide can shed some light into this.

I would assume, since Earth is referred to in ST:TNG episode The Best of Both Worlds as being sector 001. Probably because the Federation was established on Earth. I would think it would be easiest if Federation ships utilize Greenwich Mean Time, so every ship can have a common time, and base a 24-hour day aboard ship off of it.

I'm sure a compromise could be made, for those Federation crew members whose health would be adversely effected by a 24-hour day. Some species might need shorter or longer days, and their work schedule would be adjusted accordingly, and their quarters likewise adjusted. I am sure like the series Babylon 5, larger ships would have specialized quarters for those beings whose home environment is unlike our own. This can be seen to some small degree in ST:TOS, when Spock turns up the heat in his cabin to reflect the conditions on Vulcan, in the episode Amok Time in which he is going through Pon Farr.

On the NX-01 Enterprise ("A Night in Sickbay"), Hoshi is taken to task by a bureaucrat for not changing their on-board clocks to align with planetary local time. He is displeased at having been woken in the middle of the night:

KREETASSAN: [on viewscreen] Why haven't you adjusted your time to our capital city?

HOSHI: I apologise. We weren't aware that it was required.

KREETASSAN: [on viewscreen] It isn't a requirement. It is simply a courtesy. Something your species doesn't seem to understand.

HOSHI: I'll explain it to the Captain immediately.

It makes no sense for individual planets to maintain Federation Standard Time so I think we can reasonably assume that for anyone who intends to deal with someone on-planet, that you would simply maintain your usual day/night cycles and timezones.

If you had any dealings off-world there would presumably be a second clock on the wall marked "Federation Time" which would show the time at Federation HQ, San Francisco.

If one is in doubt of the time (perhaps as a result of a temporal anomaly), you can always access a Federation 'Time Beacon'.

In numerous episodes (TNG: "Chain of Command, Part I", "Data's Day" & VOY: "Night", "Warhead", "One Small Step", "Renaissance Man", "Author, Author") we see that Starfleet ships tend to maintain a 3-shift and occasionally 4-shift shift rotation off a standard 24 hour clock. The exception to this is DS9 which maintains a 26 hour day in line with Bajor (DS9: "The Assignment"; DS9: "Starship Down, DS9: "Accession"). Despite this, we never see the crew schedule any activities to happen between 23:59 and 25:59 local time :-)

Given that only unexpected events occur during the 'Night Shift' (a Borg attack in VOY: "Survival Instinct" and a Magnetic Constrictor Explosion in VOY: "Investigations") it can be reasonably assumed that other Federation ships, even those from other worlds also maintain UFP time. 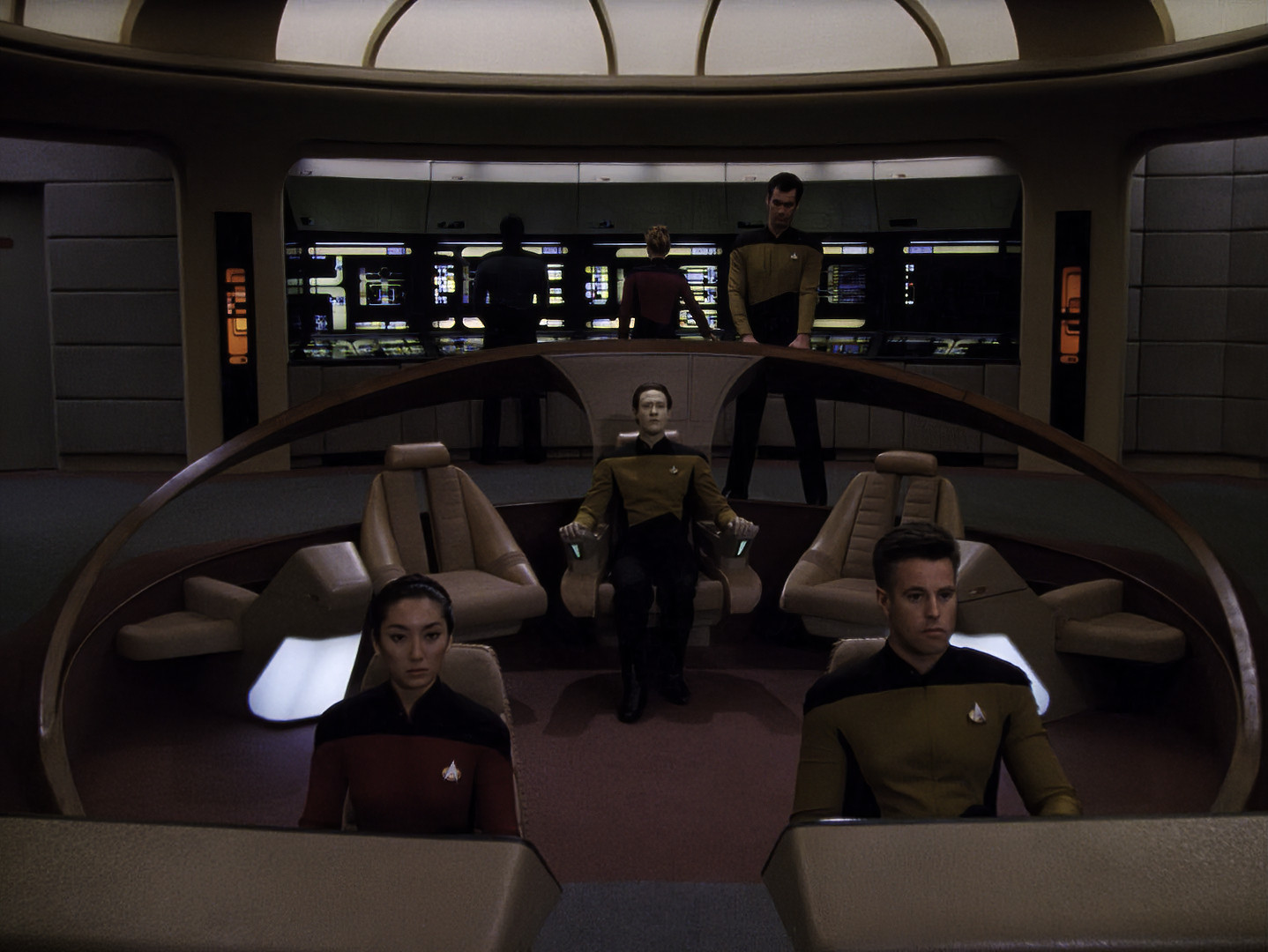 On a personal note, I like to think that Harry Kim has one of these in his quarters... 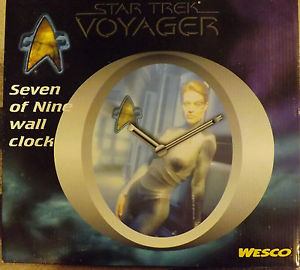 It doesn't make sense that all of Starfleet would be on PST or GMT when these are just single timezones on Earth. It would be like the entire U.S. Army or U.S. Navy operating on EST.

So how do world navies set their clocks? Well, they set them pretty much like you and I would if we were to travel a lot. If it's a short trip, we probably won't bother to change our clock/watch/phone, but on longer duration visits, we'll change it to the time that is most relevant to us—that is, the timezone we're currently in.

There is such a thing as nautical time, which pretty much just extends the UTC-based system to the oceans and increments the time offset by one hour for every 15° longitude. But naval ships only use nautical time for radio communication, not for scheduling aboard ships. Ships have their clocks set/changed at the captain's discretion.

Today, the ISS and other spacecraft are usually set to UTC or go by Mission Elapsed Time (MET). UTC is the natural standard for communication whenever one must coordinate across different timezones. So ESA (CEST), JAXA (JST), JPL (PST), NASA Mission Control (CST), Kennedy Space Center (EST), Roscosmos/RKA Mission Control (MSK), etc. can all communicate using a single timezone.

But Starfleet vessels/space stations are going to operate much more like naval vessels than the ISS or Mars rovers. So it makes sense for them to synchronize with the timezones they're most likely to interact with. Thus, DS9 operated on a 26-hour Bajoran day—probably that of the capital city (non-canonically referred to as Ashalla). Ships patrolling the Solar System probably use the timezone of their home port, or possibly UTC, but deep space exploration ships would undoubtedly adjust their clocks as needed as they travel to different systems and planets.

22
What is a “Year” According to Starfleet?
4
How do the crew determine the time after time-traveling?

68
What is the recommended viewing order for young first-timers to watch Star Trek TV episodes and movies?
7
Is there any lag on subspace communications?
19
How many people can be in the same holodeck program at the same time?
10
Why is a person's location exclusively tied to their communicator?
10
How is longer life span explained in Star Trek?
4
How do the crew determine the time after time-traveling?
3
In Star Trek Voyager episode “Timeless” how can the Delta Flyer ride the Quantum Slipstream?
11
Why did they make another prequel?
2
How many EMH's can be on at any moment?