It was an a magical world (without a sort of Harry Potter type ending). They went to boarding school and the bedrooms were magical and they made themselves to fit your personality. One boy that was a bully got a dungeon room and the main character (also a boy) had an entire world.

They had sports and the playing field would change around and during one game it changed into a giant hill and in the end the friends were doing something to get rid of the villain and ended up in...a cave or something?

I've been trying to find this book for years so anything would help.

That's The Hound of Rowan by Henry H. Neff.

Max McDaniels lives a quiet life in the suburbs of Chicago, until the day he stumbles upon a mysterious Celtic tapestry. Many strange people are interested in Max and his tapestry. His discovery leads him to Rowan Academy, a secret school where great things await him.

But dark things are waiting, too. When Max learns that priceless artworks and gifted children are disappearing, he finds himself in the crossfire of an ancient struggle between good and evil. To survive, he'll have to rely on a network of agents and mystics, the genius of his roommate, and the frightening power awakening within him.

Max and his roommate do indeed get an extremely spacious room since they're both "special". Each set of roommates does get a personalized dorm.

Likewise, there is a version of soccer/football (sorta?) that has a field that changes elevations as you play. Max is exceptionally good at it. 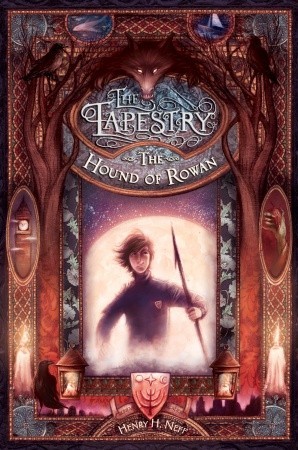 They seem very Harry Potter-ish at first, but quickly change in books 2-5.

14
Need help identifying scifi short story about boy getting lost after unknowingly boarding a spacecraft
12
Childrens fantasy, blind monk leading boy who can control the elements
15
Book about a boy and girl in proxy magical competition including a field of ice in a magical circus?
3
Fanfiction in which Ginny goes to school in America
10
Anime about boy & summoning monsters
15
Book series about a boy who becomes a wizard's apprentice and can see magical auras
3
Manhwa where the MC has a PC to create Dungeons and gets to choose the difficulty of the Dungeons
5
Young male lead who lives in a VR video game