What consequences were there for Kirk in the TOS episode "A Private Little War"?

Did Kirk ever have to deal with the consequences of his actions in this episode? He starts a civil war that will most likely get a friend of his killed, along with a lot of other people, using a flawed argument to give the Federation side increasingly advanced weapons. The TNG episode "Too Short a Season" was apparently originally meant to be a sequel to this episode, but was Kirk ever held accountable for his actions in the original?

In canon, not directly.

As you say, TNG "Too Short a Season" (Season 1, Episode 16) was meant to be a sequel to this episode — or at least it has long been rumoured to be, with the idea that, in the original treatment, a heavily-aged Kirk would have returned to Neural to face the consequences of his decision. To my knowledge, this has never been explicitly confirmed and a draft script with direct references to Kirk has never surfaced.

See this thread for instance:

TrekBBS: TNG's "Too Short a Season" with Kirk...

Despite the lack of direct confirmation, there are indeed marked similarities between what transpired in "A Private Little War" and the past actions of a Starfleet admiral portrayed in "Too Short a Season". In this TNG episode, an aging Federation diplomat, Admiral Mark Jameson, wrestles with a questionable decision from the past, namely that he had armed rival factions on the planet Mordan IV with Starfleet weapons. (He supplied one side with weapons in order to secure a release of Federation hostages, and then supplied the other side to correct the imbalance that he had created.) This is similar to Kirk "correcting" the imbalance created by the Klingons on Neural. Jameson thought that the conflict would remain a brief skirmish but instead resulted in over four decades of bloodshed and genocide. 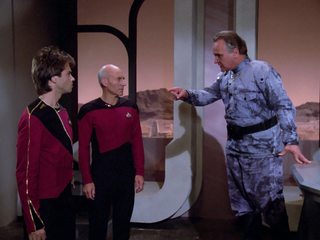 It is easy to suspect that the idea of having a sequel to TOS "A Private Little War" was vetoed because, in its strictest form, the TNG Writer's Guide advises against any unnecessary references to The Original Series, so as not to alienate new viewers. With the exception of McCoy's appearance in "Encounter at Farpoint", this was more or less followed to the letter for the first few seasons of TNG. As such, "Too Short a Season" would have had to become its own story, but it is not difficult to see how the errant decision by, and subsequent guilt of, Jameson might originate in those of Kirk. (The thread above also posits a worry over a possible backlash by the existing Trek fan base, who may not have wanted to view Kirk in such a negative light.)

Outside of canon, yes.

Outside of canon, the novel Serpents in the Garden (2014) by Jeff Mariotte addresses the consequences of the events on Neural. Set just prior to the events of The Motion Picture, Kirk revisits Neural to find that the conflict has only grown worse. From the book's dust jacket:

Early in his five-year mission commanding the USS Enterprise, Captain James T. Kirk found himself caught up in a growing conflict on the planet Neural. To maintain the balance of power against a force being armed by the Klingons, he provided weapons to his friends, the Hill People. Years later, Admiral Kirk learns that the Klingon presence on the planet has grown considerably, in possible violation of the Treaty of Organia. Did his impulse as a young captain turn out disastrously wrong? Could he have done more to eliminate the Klingon threat? To find out, Kirk must embark on a secret mission back to Neural — where he might just be the only person who can prevent an interstellar war... 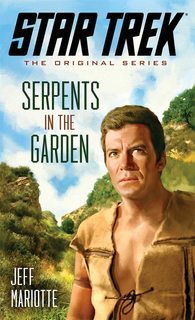 10
According to canon, what is the primary style of hand to hand combat utilized by Kirk in Star Trek TOS?
2
Is there a TOS episode where Captain Kirk wears a red shirt?
12
Did Kirk really show how to make gunpowder in the episode "Arena"?
17
Where were the advanced species and civilizations of ST:TOS during the war against the Borg?
9
In TOS, what's the origin and name of the clarinet comedy sound effect found in "A Private Little War" and other episodes
13
Did Captain Janeway commit human rights violations?
13
Is there a general right to bear arms in the Federation?
3
Did the Klingons damage the relay?
7
Why is Sisko not court martialed?