Has Spider-Man ever run out of webs?

In the comics, Spider-Man shoots out webs from web shooters (unlike the first three movies). As they are actual devices, they must have a finite amount of webs stored in them.

Therefore, Have Spider-Man’s web shooters ever run out of webs in the comics?

(By this I mean during a fight or while swinging around the city).

This is not a duplicate of this question. That asks how much web can he produce? I want to know whether during a fight he tries to shoot a web and finds out that his web shooter has run out of webs.

P.S. If you still feel it’s a duplicate then put it as a comment and wait for a day while I see what I can do about it. Thanks!

It looks like it happened in the March 1963 issue, "Menace to Society".

Valorum also provided two images of other times it has happened. 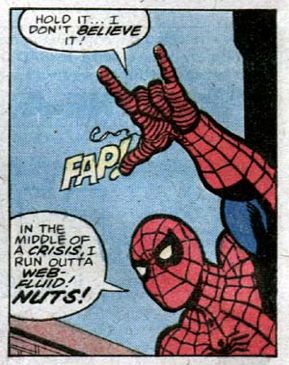 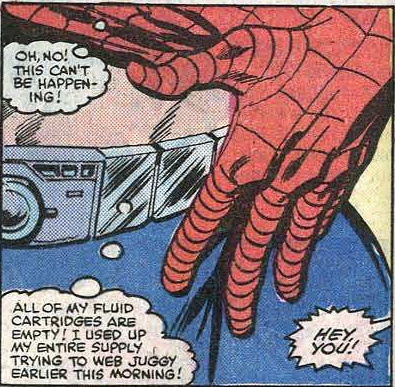 23
How much web can Spider-Man produce?
13
Are there any stories where a Spider-Man with organic webbing runs out of webbing?