Do we know the names of the vehicles/ships seen in The Last Jedi?

We got to lay our eyes on some cool new ships and vehicles in The Last Jedi in a couple different scenarios. We got some cool new speeders, more AT-ATs, the Largest starship we've probably ever seen as well as the scariest we've ever seen.

Some of the other new vehicles we'd seen was Snoke's "super duper ultra" Star Destroyer, which was the width of the entire First Order Fleet, and the menacing Dreadnought which featured at the start of the film.

Finally, whether we know the name of the bomber that the A-wings and X-wings were excorting? 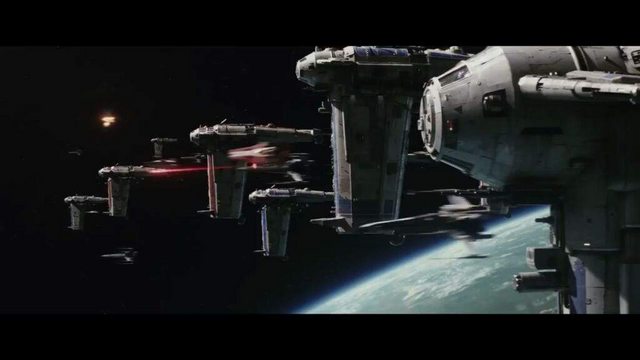 The Incredible Cross-Sections book identifies them as;

Not the answer you're looking for? Browse other questions tagged star-wars spaceship the-last-jedi or ask your own question.

31
What is the time span of The Last Jedi?
13
Does the First Order's "Heavy Scout Walker" / "AT-HS" exist in any official fiction (besides Lego sets)?