What was the monster that got blasted while trying to attack Moana?

In Moana, when Moana is in the Realm of Monsters, she (almost) gets attacked by this monster: 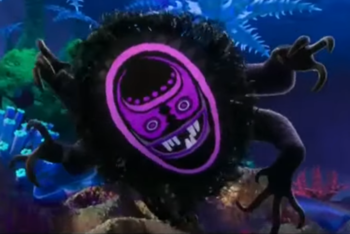 What is this monster? Does it have a basis in Polynesian mythology?

This monster was revealed to be called the Sloth Monster. Presumably this is because it's actually based on the model used for Flash from the film Zootopia (but wearing a traditional Polynesian mask). 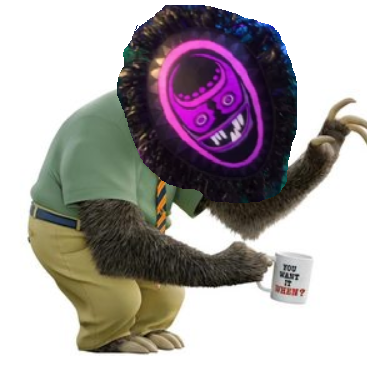 This particular monster doesn't appear in Polynesian myth (unlike the eight-eyed bat) and was a creation of the artists, along with many of the other monsters seen;

The monsters in Lalotai were inspired by real fish and flora found in the deep sea, like angler fish and bioluminescent deep sea eels, but there’s also an eight-eyed bat and a monster eel from the Maui legends. So they’re fantastic but grounded in something real.

The Art of Moana

Not the answer you're looking for? Browse other questions tagged moana or ask your own question.

30
Why can't Maui float?
11
Does Maui have the power of illusion without his hook?
75
Was the mythology in “Moana” based on an established myth?
3
Why couldn't Moana see the spiral?