Who was the real "Master Code Breaker"?

In The Last Jedi, Finn and Rose are tasked with finding "the master code breaker" by Maz. They travel to the city of Canto Bight and after searching

think they found him by the unique lapel pin he wears.

However, they are then apprehended by the local security and thrown into jail where they meet

another character (played by Benicio del Toro, I think the character is DJ?) who seems to fit the role of master code breaker based on his actions.

Then later once aboard the First Order ship

DJ betrays Finn and Rose by selling them out. Which seems out of character for someone loyal to Maz.

So my question is who was the "real" master code breaker that Maz has told Finn and Rose about? The one they thought (based on lapel pin) or the one they actually ended up with?

The real Master Codebreaker is a genuine person, at least according to the film's Visual Dictionary. His true identity is apparently concealed behind layers of (unbreakable?) encryptions but there's no reason to assume that he isn't who he says he is or that he can't do the things he claims to be able to achieve.

Known only by his intriguing title. Master Codebreaker keeps his real identity a secret. He has posted his personal data in a public network node, wrapped in quantum-spread biohexacrypt code. It is an open invitation: anyone who can crack his code is welcome to take over the mantle of Master Codebreaker. To date, no one has come close. The Canto Casino only lets the Codebreaker play dice games and forbids him from any electronic forms of entertainment. 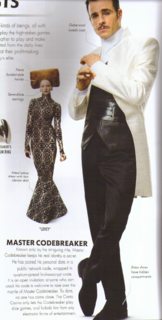 By comparison, DJ is merely a skilled slicer. He's not in the same league as the Master Codebreaker but he does possess sufficient knowledge of the First Order to be able to get them into the ship 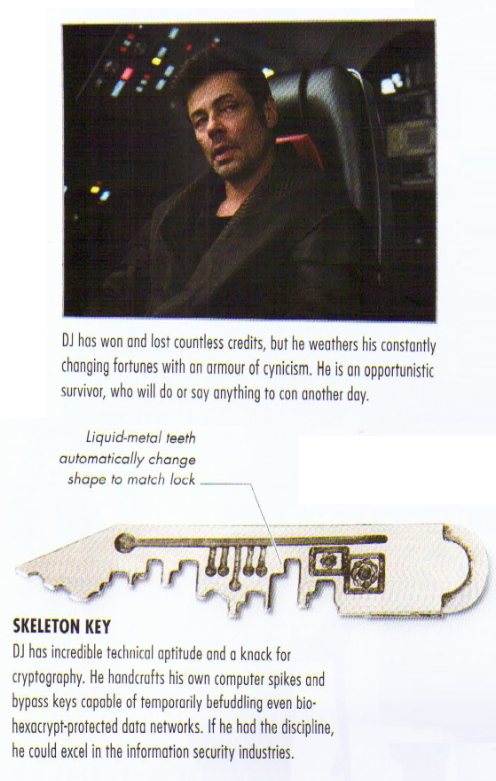 2
Was DJ the hacker they were looking for?
14
How could the First Order see the Resistance ships at the end of The Last Jedi?

8
Who wrote the text of the Jedi code? Lucas?
8
Was spying on the Chancellor against the Jedi code?
6
Who was the longest standing Sith Master?
13
Is there a logo for the Grey Jedi code in the Episode 8 trailer?
27
What does the code breaker's hat say?
4
Was this character's role affected by the real life events pertaining to the actor?
7
Is the storyteller kid at the end of "The Last Jedi" Force-sensitive?