I'm looking to identify a book that I read a long time ago and have not been able to remember.

It's interplanetary sci-fi. There is a lady with a ring, and the ring contains an illegal OS called Prime. Can't remember if she is the protagonist.

There is a scene where she kills a soldier by using the ring to override his armor neck port and let the blood out. Also there are soldiers who investigate a swamp and have 360 degrees eye helmets, very advanced tech.

Only other thing I can remember is that gamma ray sterilization of planets is a thing too.

This book has been identified as Fallen Dragon (2001) by Peter F. Hamilton, credit to @timbp.

Deploying invulnerable twenty-fifth-century soldiers called Skins, Zantiu-Braun's corporate starships loot entire planets. But as the Skins invade bucolic Thallspring, Z-B's strategy is about to go awry, all because of: Sgt. Lawrence Newton, a dreamer whose twenty years as a Skin have destroyed his hopes and desires; Denise Ebourn, a school teacher and resistance leader whose guerrilla tactics rival those of Che Guevara and George Washington and Simon Roderick, the director who serves Z-B with a dedication that not even he himself can understand. Grimly determined to steal, or protect, a mysterious treasure, the three players engage in a private war that will explode into unimaginable quests for personal grace...or galactic domination 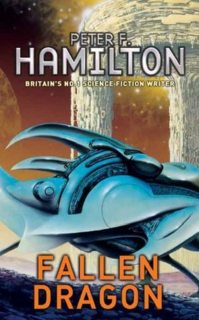 8
90s/2000s book with space soldier is fighting rebels. Then joins rebels who have alien tech