What's the name of the alien which had 4 boobs?

In Star Wars: The Last Jedi, we saw an alien

on Ahch-To which had 4 human female like boobs. Luke even extracted milk from it.

What's the name of this alien animal?

That is a Thala-Siren, described thusly in the film's accompanying Visual Dictionary 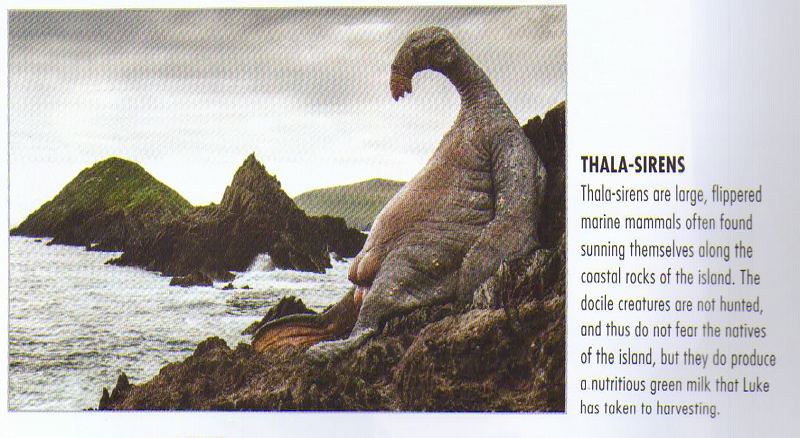 "Thala-sirens are large, flippered marine mammals often found sunning themselves along the coastal rocks of the island. The docile creatures are not hunted, and thus do not fear the natives of the island, but they do produce a nutritious green milk that Luke has taken to harvesting".

12
What were these animals on Ahch-To?

1
Star Wars Intergalactic Alien Invasion
21
Which predictions of The Last Jedi: Darths & Droids Bingo were correct?
12
What were these animals on Ahch-To?
18
Where did Luke and Rey get their background information?
4
Did Luke have this necklace in his hut on Ach-To?
29
Why did Luke say “It didn't scare me enough then, it does now”?
7
Why didn't Luke commit suicide long ago?
4
What is the meaning of “Han was Han about it”?
5
Where do the Millennium Falcon dice end up?