Can the new AT-M6 resist against the Snowspeeder tactic?

After investigating the new model, I discovered a couple of things ... He has more weaponry and protection, is inspired by a gorilla and has a greater psychic impact to instill fear.

It seems to be more stable than the old AT-ATs and that the new front legs would protect them of the Snowspeeders.

But do those front legs really provide something that defends them from using the same technique again to knock them down?

Yes, according to the film's Visual Dictionary the modified AT-M6 has specific defenses against the cable-wrapping attack seen in Empire Strikes Back. The front of the leg has lifting (sharp) cutting edges. 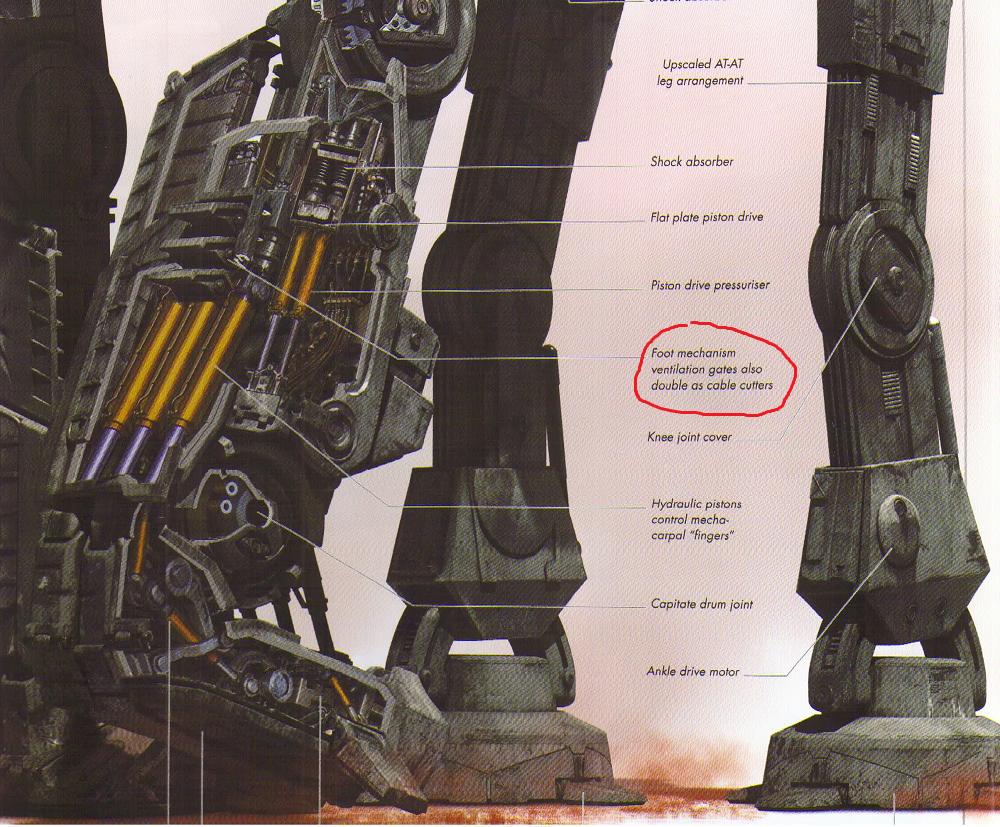 This issue was also addressed in an interview with the film's Design Supervisor Kevin Jenkins.

One of the questions that tied us up a lot is the fact that they’d been taken down by snowspeeders in The Empire Strikes Back, and it felt like everyone else is trying to avoid the problem of a four-legged version of a walker because they had been defeated on Hoth. So I sort of took that on board and I suggested to Rian, “Well, instead of a dog, what about a gorilla?”

The front legs are very heavily armored, and you can see almost up to the forearm. And again, that’s my take on, “You can’t take these down with a snowspeeder.” They’ve armored up the front or maybe they just cut the ropes because they are too big now. Also, the way they are balanced now is like a gorilla, because their knuckles are turned backwards and they’ve got very high shoulders. They are a completely different poise. Maybe they could even sort of kneel down or something.

StarWars.com: I’m glad to hear that they finally figured out how to defend against tow cables.

Kevin Jenkins: Well, it was more of a thought process of trying to base the design not upon something random but to move it forward.

INSIDE TWO NEW FIRST ORDER VEHICLES FROM THE LAST JEDI

72
What is the benefit of an AT-AT walker over a conventional tank?

14
Can Soresu be used against Soresu?
38
Why can Jedi marry in the New Jedi Order?
30
What were Anakin's new powers?
12
Which weapons can stand against a Lightsaber?
20
What was the nature of the new Imperial Guards?
8
Can the Resistance MG-100 bombers deploy forward-launched ordnance?
4
If this tech in The Last Jedi was new, how did the Resistance get detailed schematics of it?
21
How can Rey and Kylo Ren talk to each other mentally and see each other's background?
27
What's Lando been up to during the new trilogy?
49
How can the crystal foxes in “The Last Jedi” be living?