I bought this book from a library sale in the 90's but the cover art that I can remember would be 80's/70's. I've lost the book but have been thinking about the story for years.

It featured a protagonist who lived in the rear portion of a massive linear city structure that was hundreds of stories high, miles wide and hundreds of mile long. The city 'crawled' across its environs by being deconstructed at the back and the materials and people 'pilgrimmaged' to the front. The story follows the protagonist and his family's final days in the rear portion before they are to undertake the very long move to the front.

The cover was yellow, and I think had a 'Conan'-style depiction of the protagonists in a sewer/tunnel? Any info would be appreciated, Thanks!

The protagonist is a teenage boy who lives in one of the top 'stories' of this structure. There is a massive greenspace/park which takes the form of an atrium that his floor and several others are adjacent to, with a description of massive lights at the ceiling of the atrium.

The pilgrimmage or relocation journey to the front of the city-snake is done using a train-like vehicle at ground-level but the city itself is immobile -- it cannot move on its own except by being built in one direction and un-built in the opposite.

The protag's family, over generations, has changed in class designation based on their position within the city, first at the front as immigrants and some other level by the time the city's back end has caught up to them - it's falling apart and disheveled.

At some point the engineers come to deconstruct his home and there's descriptions of looking out of the disassembled walls over the plains at other cities (?) moving 'like worms on the plain' (definitely not verbatim)

I think this could be 'Pilgrimage' by Drew Mendelson. (1981) 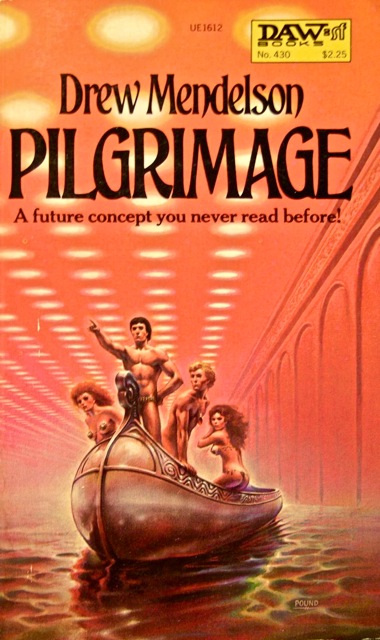 As far as anyone knew, all mankind live in The City. The City, a self-enclosed towering single building, had always moved generation by generation across the vast empty landscape.

Brann Adelbran met destiny when his family sector found itself at Tailend. Already the Structors were planning to dismantle his ancestral apartment high on an upper floor of that colossal metropolis.

Brann would have to make the pilgrimage to Frontend to re-establish his family there for the generations to come.

But when tradition was suddenly shattered, Brann was forced to flee, not on the established routes and hallways, but down the forbidden shafts into the lost chambers, corridors, and basements which even legend had forgotten.

His pilgrimage became an odyssey of terrors, mysteries, and scientific marvels.

Is it Inverted World by Christopher Priest? Previously identified as the answer to this question, which came up on my Google search (after a few false positives) for novel moving cities deconstructed at the back built from the front.

In the novel, an entire city and its residents travel slowly across an alien planet on railway tracks. The city's engineers must work to lay fresh track for the city, and pick up the old track as it moves. Many people are unaware that the city is even moving. A crisis ensues as its population decreases, the people grow unruly, and an obstacle looms ahead. 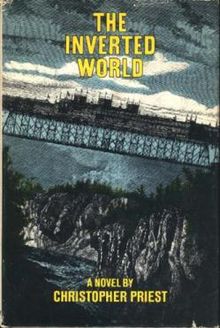 I see why you found this difficult to identify - nearly all the results from related Google searches (and the first thing that came to my mind when I saw the title of your question) were about Philip Reeve's excellent Mortal Engines series, which also concerns moving cities.

34
Old science fiction novel about a man of the near future awakening from suspended animation to find himself in a technophobic theocracy
7
YA sci-fi novel with megacorp controlling massive tornadoes, mastermind with fingerprints burned off
31
YA novel with a boy from Earth who gets stuck in a world supposedly without magic, but he can use magic there
4
Science fiction novel (first of a series?) about brain implants and social change
4
Short story about a boy cloning himself, who then ends up fighting with the clone (open ending/plot twist of the clone being the one that survived?)