In The Last Jedi, the Resistance attacked a First Order dreadnought in space using proton bombs deployed from MG-100 StarFortress SF-17 bombers. The bombs were "dropped" from the "bottom" of the bomber (as seen from the perspective of the pilot).

Is the MG-100 capable of carrying and deploying forward-launched ordnance (such as proton torpedoes)? The TIE bomber can deploy such ordnance:

The ordnance bay was divided into two sections. The forward ordnance bay carried either eight concussion missiles or four proton torpedoes. The main ordnance bay carried either four proton torpedoes and eight concussion missiles, or eight proton bombs and sixty-four thermal detonators, or six orbital mines, or even stormtroopers. Located underneath the ordnance pod was a bomb chute connected to the ship's targeting systems, a T-s7b targeting computer and a 398X bomb sight. The pod also featured a missile port that allowed for front-launching and torpedoes.

Wookieepedia's article on the TIE bomber

The ordnance bay of the TIE bomber which can deploy forward-launching weapons can be seen on the left side of the bomber here: 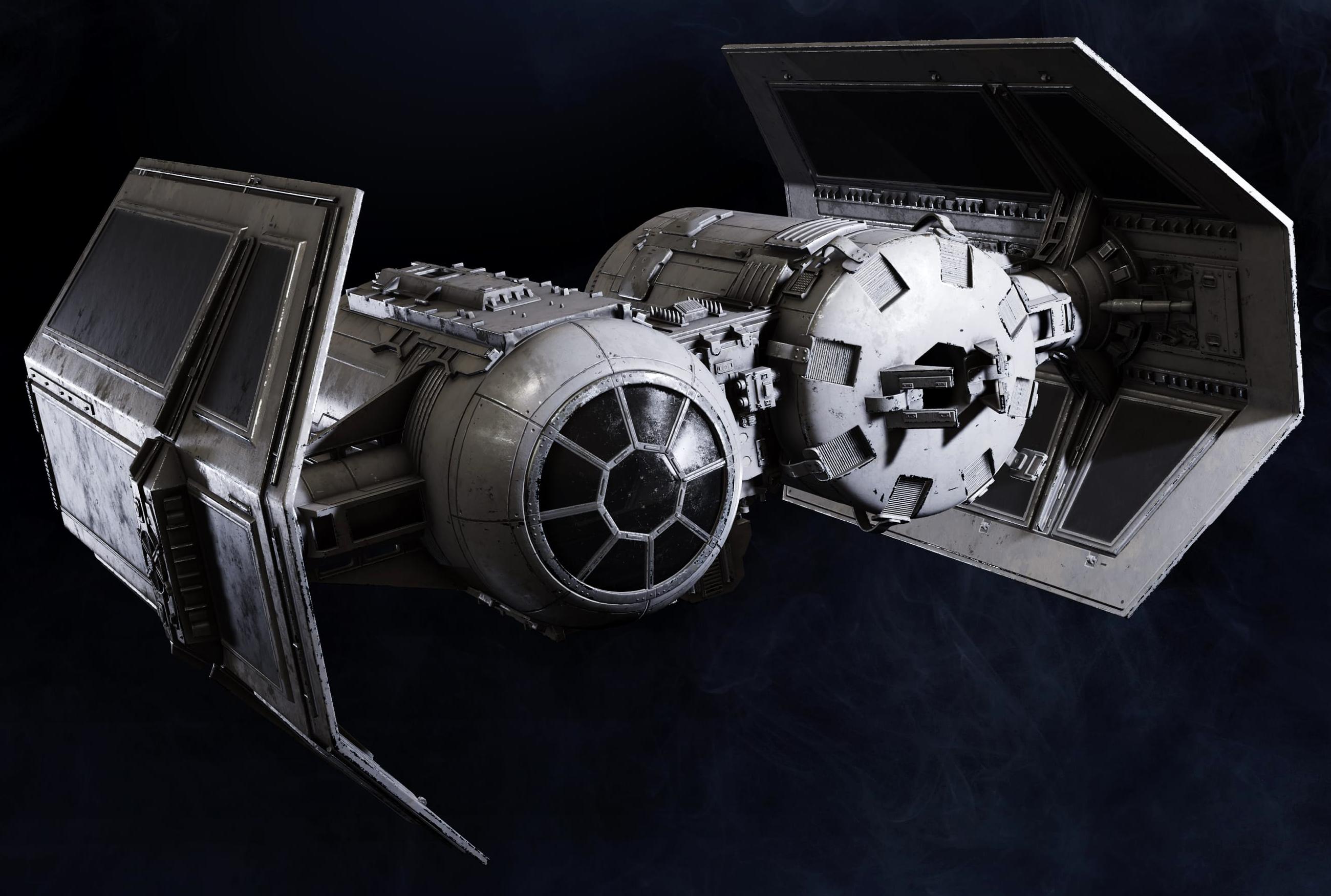 However, I don't see a port on the MG-100 to deploy forward-launching ordnance except maybe near the "top" of the bomber:

The Cross-Sections factbook shows the inner workings of the bomb loading bay. In short, without removing the entire railrun mechanism (that allows the bombs to be propelled downwards) and front of the pod, there's no way that you could reconfigure it to be able to fire torpedoes forward. 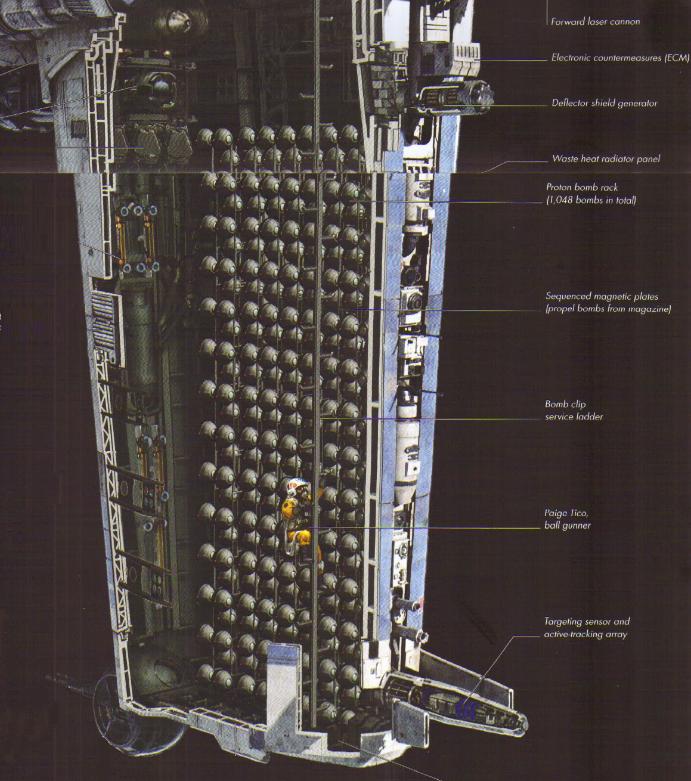 That being said, I suppose you could drop them out of the bay, then configure them to fire forward after being dropped, in the same way that Vader's Executor dropped a bunch of probes that then fired their engines once clear of the ship.

I'd say the answer depends on the exact nature of your question.

The bombs can only be sent in one direction from the ship's orientation, but the ship could technically maneuver so that it's bombs are "expelled" towards a front-facing target.

The Visual Dictionary explains that the bombs aren't "dropped", but rather "impelled from their racks by sequenced electromatic plates". This implies that gravity isn't necessary, and that the ship could "send" the bombs in any direction, as long as the ship is oriented correctly.

Not the answer you're looking for? Browse other questions tagged star-wars spaceship the-last-jedi or ask your own question.

24
Where have all the Y-wings gone?