Does the First Order's “Heavy Scout Walker” / “AT-HS” exist in any official fiction (besides Lego sets)?

The "First Order Heavy Scout Walker" Lego set depicts this multi-legged vehicle participating in the battle on Crait from The Last Jedi: 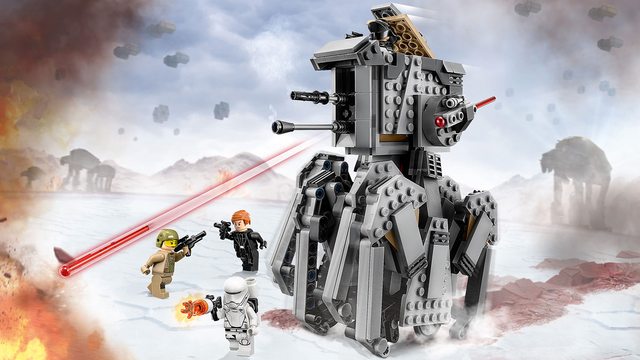 But this does not seem to match the events of the movie, and I don't recall seeing this vehicle on Crait at all.

I'd considered that it may be one of the vehicles seen

but this answer identifies those as the "AT-HH" / "All-Terrain Heavy Hauler".

According to Wookieepedia, the Last Jedi Visual Dictionary designates it as the "AT-HS" / "All-Terrain Heavy Scout", but as I don't have a copy of the book, I can't confirm this.

So, what is this vehicle, actually? Was it cut from the film? Was it designed for the film, but left unused in the production process? Was it merely designed to provide a mid-sized vehicle for toys and Lego sets? And regardless of its origins, has it appeared in any Star Wars fiction outside of The Last Jedi?

In the same way that this walker was cut from The Force Awakens, this toy was probably from a planned scene that was deleted or altered. Keep in mind that the books and toys have to be planned out months or years in advance to sync up demand with the movie's release, and cannot be changed easily just because of script changes or editing. Note the toy's description

Go in search of Resistance fighters in the amazing First Order Heavy Scout Walker. Place General Hux in the cockpit and send orders to the Flametrooper. Give the walker a push and see the crawling legs start to move! When you spot the enemy, raise the spring-loaded shooters and get ready to fire!

The problem here is that General Hux is on Kylo Ren's shuttle, not on the ground or in a walker. We also never see Flametroopers in the movie. There was probably a larger battle that got cut for Luke's solo act.

The Star Wars Visual Dictionary page mentioning AT-HHs and AT-M6s only mentions the AT-HS model number and full name. It has no images or description. 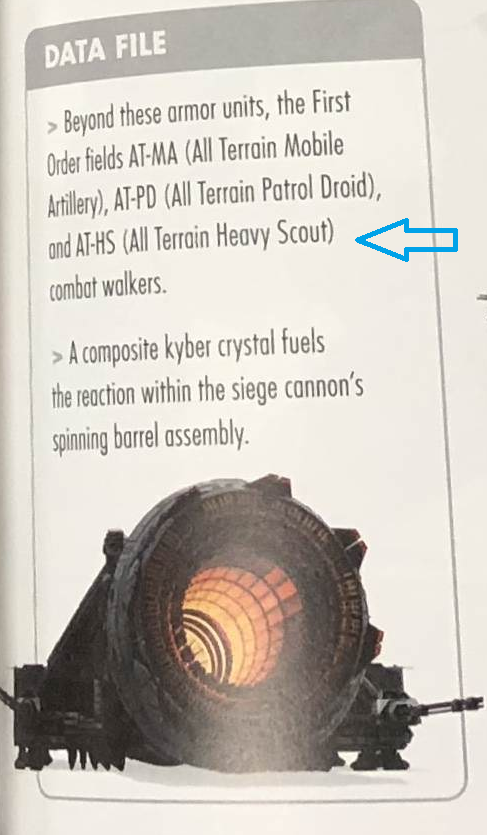 It actually does have a real picture on Crait that must have been cut from the movie, it is shown in the back ground of a picture of the superlaser siege cannon in "The Art of Star Wars, The Last Jedi", a book that had a bunch of concept artwork in it. 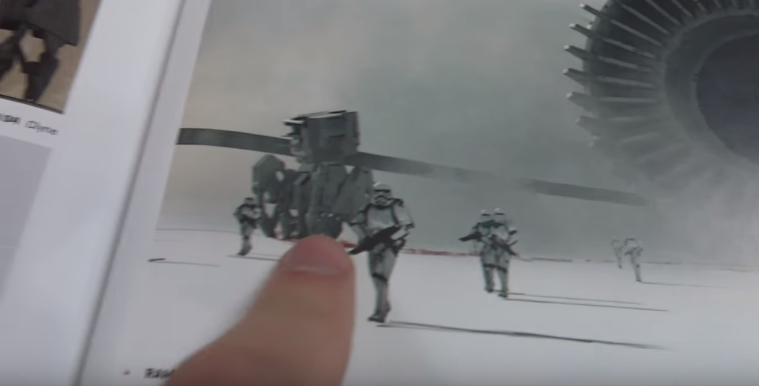 Not the answer you're looking for? Browse other questions tagged star-wars the-last-jedi vehicles toys or ask your own question.

10
Do we know the names of the vehicles/ships seen in The Last Jedi?
4
When do we see a Assault Walker in The Force Awakens?
1
What Star Wars toys didn't make the final cut of the movie?

6
Where did Maz Kanata's patrons go during the First Order's attack?
6
Were any Expanded Universe vehicles besides the Juggernaut made canon?
18
Does the term “Light Side” actually exist?
7
What does the First Order Heavy Gunner have on his chest?
7
What currency does the galaxy deal in besides credits?
10
Do we know the names of the vehicles/ships seen in The Last Jedi?
4
What is the First Order's healthcare like? Like, what do they do in the case where anyone is injured?
12
Which predictions of The Rise of Skywalker: Darths & Droids Bingo were correct?
4
Which of the original Kenner Star Wars vehicles were to the correct scale of the action figures?