In The Last Jedi, we see a flashback of:

Ben Solo waking up with Luke Skywalker standing over him with his green lightsaber ignited in his hand, and then ignites his own blue lightsaber in fright.

There are plenty of questions and answers about Kylo Ren's spitting red lightsaber with the vents because it's an imperfect Kyber crystal (also the impressive look), but is there any canon information about what happened to his original lightsaber?

His blue lightsaber and his current red one are almost certainly the same one.

Here is a screen cap of his blue lightsaber from the flashback scenes (with an obscuring object digitally removed): 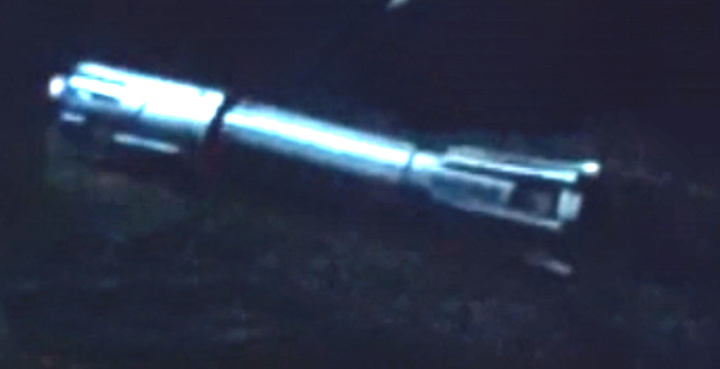 You can clearly see that it is the same as his current one: 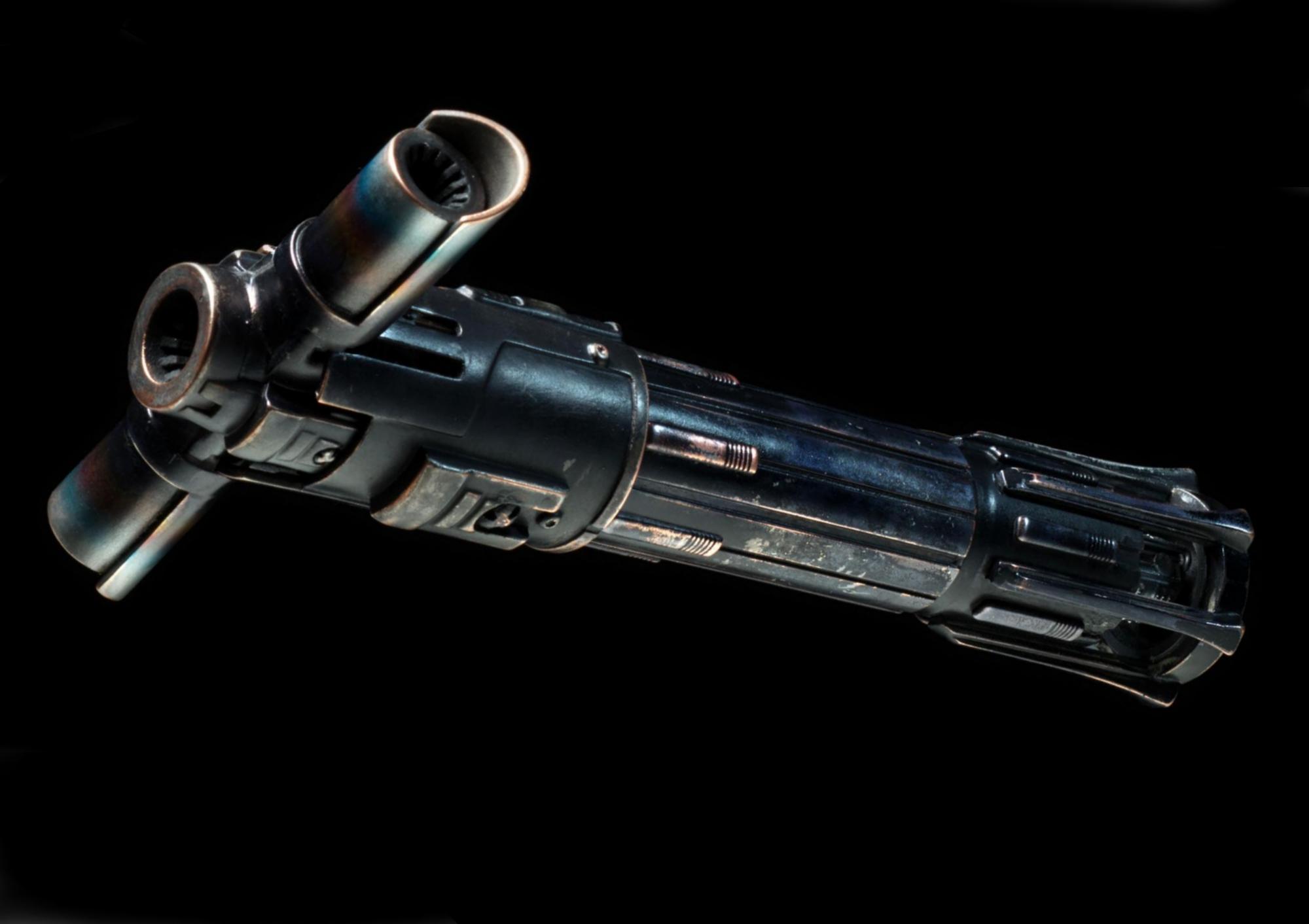 The obvious changes he has made to it are that the blue one has no emitters for the guard, and has a blue crystal instead of a red one (and it is in way better condition).

In the (canon) comic Rise of Kylo Ren #4 we see Ben "bleeding" the crystal from his original lightsaber. This process causes it to crack. He then installs this broken crystal back into the original hilt and adds crude vents on either side of the blade emitted to remove the excess energy and create quillons.

As such, Ben Solo's original lightsaber (and kyber crystal) are in the possession of Kylo Ren, albeit in a modified form. 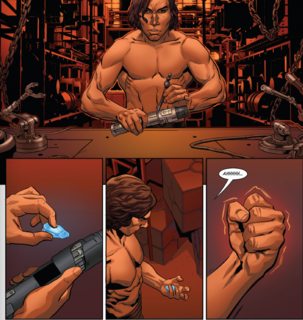 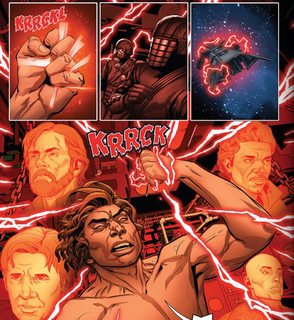 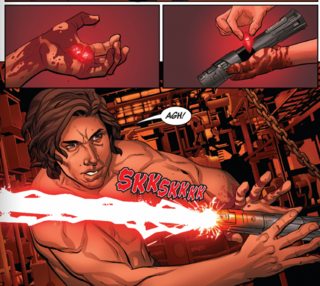 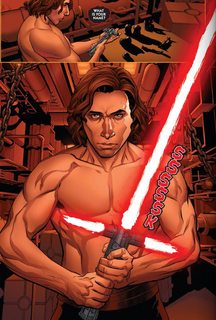 Not the answer you're looking for? Browse other questions tagged star-wars lightsaber the-last-jedi or ask your own question.