Why wasn't there a representative from Rohan at the Council of Elrond?

During the Council of Elrond, those present at this council were people who were of the three largest races of good in Middle-earth. But these people have respective from their place such as Boromir; a Man from Gondor, and the only representative from Gondor who is present at the council. Aragorn; a Dunedain Ranger, who represents the Rangers from the North. These two warriors are the only identified people of the race of Man at the Council. Now, why were there no representatives from Rohan? Unlike their other kingdom of Men, Gondor, which has a representative who is Boromir.

The Council of Elrond was just a collection of random people there at the time.

Rohan wasn’t “represented” because no one from Rohan happened to be at the Council of Elrond at the time when Frodo arrived with the Ring. The Council wasn’t a long-in-the-planning event, it was a spontaneous meeting held with the “important” peoples who were in Rivendell at the time.

Here,’ said Elrond, turning to Gandalf, ‘is Boromir, a man from the South. He arrived in the grey morning, and seeks for counsel...

I come to ask for counsel and the unravelling of hard words. For on the eve of the sudden assault a dream came to my brother in a troubled sleep; and afterwards a like dream came oft to him again, and once to me.
Fellowship of the Ring - Book Two, Chapter 2: The Council of Elrond

Aragorn was there with the Hobbits, Gimli was there with his father Gloin because they’d had a visit from a messenger from Sauron and wanted advice from Elrond

The Lord Sauron the Great, so he said, wished for our friendship. Rings he would give for it, such as he gave of old. And he asked urgently concerning hobbits, of what kind they were, and where they dwelt.
ibid.

There was also a strange Elf clad in green and brown, Legolas, a messenger from his father, Thranduil, the King of the Elves of Northern Mirkwood...

Alas! alas!’ cried Legolas, and in his fair Elvish face there was great distress. ‘The tidings that I was sent to bring must now be told. They are not good, but only here have I learned how evil they may seem to this company. Sméagol, who is now called Gollum, has escaped.
ibid.

Galdor on a trip from the Havens with news from Círdan

Galdor, an Elf from the Grey Havens who had come on an errand from Círdan the Shipwright.
ibid.

and most of the other people were also just in Rivendell at the time, or of the House of Elrond.

There was therefore no reason for a representative from Rohan to be there.

Grima and Saruman were trying to destroy Rohan.

Now considering so many people were at Elrond's one may assume it was a lucky twist of fate, or that Elrond is quite sought after for much news (even if he is an ~100 day ride from Gondor). Rohan, in the state it was in, wouldn't have gone to Elrond for aid if they needed any, because Saruman and Grima had poisoned Théoden's mind and would've stopped anyone from going to seek Elrond's for help. Given Gandalf was aware of Sauron's treachery, it would've been one of Saruman's priorities to ensure no news of Théoden's sickness got out. Théoden did not see kindly to Gandalf's arrival after his escape from Saruman, and sent him off immediately.

According to The Fellowship of the Ring, Book Two, Chapter two "The Council of Elrond", everyone at the Council of Elrond either lived at Rivendell (Elrond, Bilbo, Aragorn when not on a journey, Glorfindel, Erestor and other counsellors of Elrond) or else happened to be there on other business (Gandalf, Frodo brought to Rivendell by Aragorn, Galdor on business from the Grey Havens, Legolas with a message that Gollum had escaped, Gloin and Gimili with a message from Dain, Boromir from Gondor, etc.). Elrond said:

"..What shall we do with the Ring, the least of rings, the trifle that Sauron fancies? That is the doom that we must deem.

That is the purpose for which you have been called hither. Called I say, though I have not called you to me, strangers from distant lands. You have come and are here met, in this very nick of time, by chance as it may seem. Yet it is not so. Believe rather that it is so ordered that we who sit here, and none others, must now find counsel for the peril of the world."

None of the strangers came to Rivendell because of a summons from Elrond, nor did any of them know beforehand they would have to decide what to do with the Ring. They seemed to have come there by accident and chance, but Elrond believed that they had been chosen and summoned by Eru, God Almighty, to form the council and decide what to do with the Ring.

Rohan did not send a representative to Rivendell to debate the fate of the Ring, because nobody in Rohan knew that the Ring had been found and was in Rivendell.

Why didn't Eru cause King Theoden of Rohan to send someone to Rivendell on some other business at the right time to be part of the Council of Elrond?

So if you believe, like Elrond, that Eru brought the members of the council together as part of His divine plan for the destiny of the world, you will have to ask Eru why some people were manipulated into arriving at the Council of Elrond and others were not. And good luck getting an answer.

In addition to the answers that have already been given (which correctly point out that Elrond didn't actually himself summon the would-be council members to Rivendell,) it's important to remember that Théoden was still under the spell of Saruman at that time.

Since Théoden was under Saruman's control, he'd almost certainly not have supported destroying the ring.

What shall we do with the Ring, the least of rings, the trifle that Sauron fancies? That is the doom that we must deem.

That is the purpose for which you have been called hither. Called I say, though I have not called you to me, strangers from distant lands. You have come and are here met, in this very nick of time, by chance as it may seem. Yet it is not so. Believe rather that it is so ordered that we who sit here, and none others, must now find counsel for the peril of the world.

Presumably, at least by Elrond's belief, whoever or whatever 'ordered' things such that the members of the council would be in Rivendell at the right time would have been aware of Saruman's control over Théoden and, thus, did not want a representative of Théoden to be present in order to prevent news of the council's intent from reaching Saruman (and, from Saruman, likely also Sauron.) Keeping Sauron from knowing their plans to destroy the ring was key to being able to ultimately carry out those plans. Gandalf spoke of the desire to maintain this secrecy:

Let folly be our cloak, a veil before the eyes of the Enemy! For he is very wise, and weighs all things to a nicety in the scales of his malice. But the only measure that he knows is desire, desire for power; and so he judges all hearts. Into his heart the thought will not enter that any will refuse it, that having the Ring we may seek to destroy it. If we seek this, we shall put him out of reckoning.

Thus, not having a representative of Théoden present was important to the council accomplishing its purpose.

It must be noted that Rohan, in the larger scheme of things was not a power of its own. Calenardhon was part of the Kingdom Of Gondor: 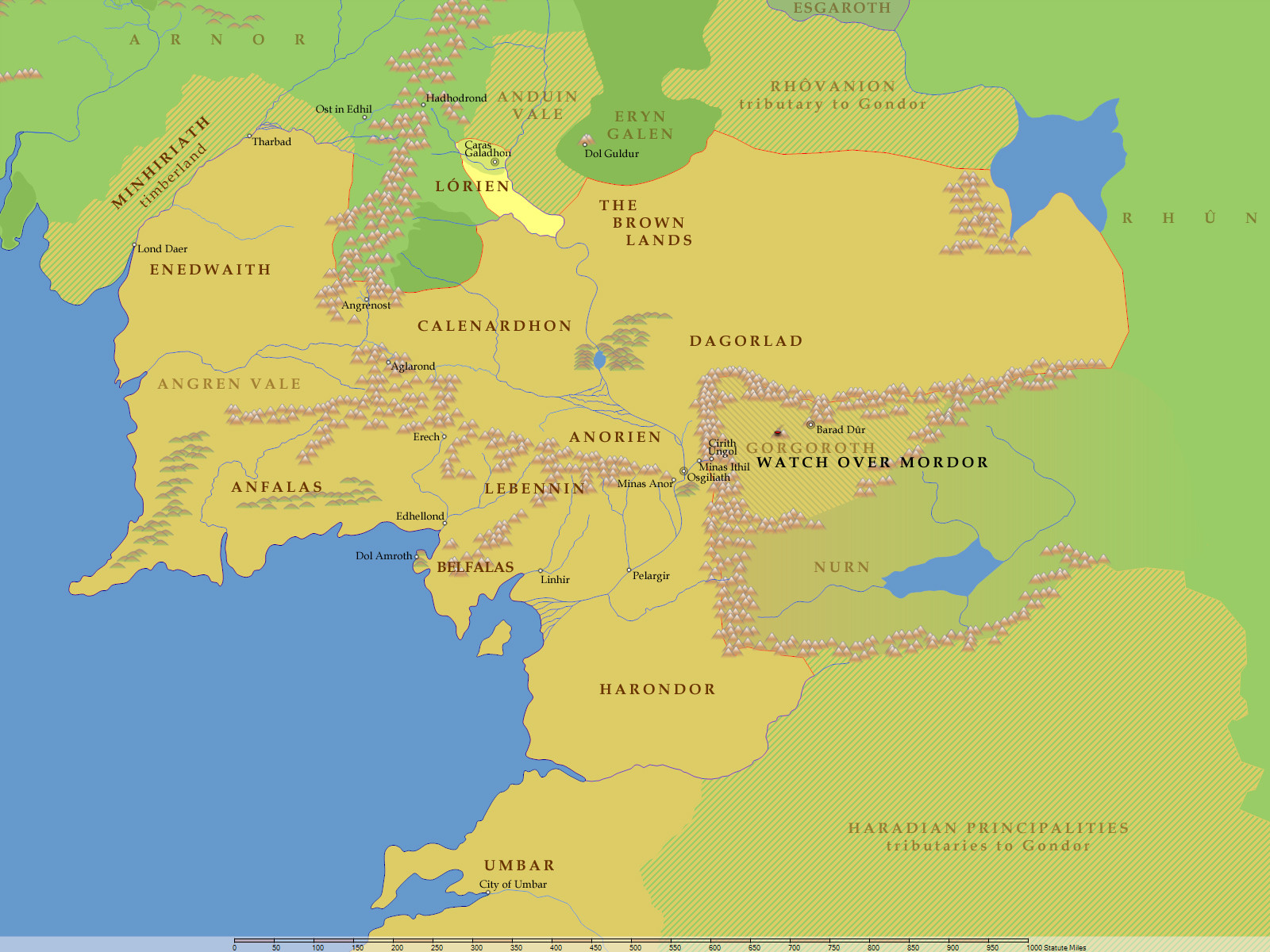 It wasn't kind of a planned council, it was just chance which had brought so many important people representing different people from different places in such a grave time as then. And so Elrond or Gandalf or both together (with maybe Saruman and Galadriel) held a council in which everyone present there in Rivendell would be given a chance to discuss what forced them to come to Rivendell and a solution to the problem as well as the problem of the One Ring, since there was much to be debated on about it and what to do with it since it was found and war was near.

Gimli wasn't invited, nor was Boromir, nor was Galdor from the havens etc. Each of them came independently to seek the help of Elrond, and so Elrond called a meeting.

There are many possible explanations that why no one of Rohan came.
Firstly, the king was not in his senses and was very less concerned with what all was happening elsewhere, since he was under the influence of Grima Wormtongue.
Secondly, the Rohirrim did not have dealings with anyone except Gondor or Dunland(which long ago ended during the reign of Helm Hammmerhand).
If the council would have been pre-planned situations would have a lot different, maybe Eomer would himself have come with Boromir to Rivendell. Who knows what would have happened?

13
What does JRR Tolkien say about the Elves (and other non-Human Races) and Free Will?

34
Why are Aragorn and the Rangers of the north not trusted nor respected locally?
7
Why was only one kingdom of each of the free races invited to join the council of Elrond?
12
Who are the rest of members at Elrond's Council?
13
During the War of the Ring, how many Rangers were there in Middle-earth?
50
Why was Boromir allowed to join the Fellowship of the Ring?
12
Did Elrond want and expect Aragorn to become the King of Gondor and Arnor?
14
Who accompanied Gandalf and the hobbits on their journey towards the Shire near the end of Return of the King?
12
Why didn't the king of Gondor return earlier?
11
What happened to Aragorn's Ranger sword?
15
Why did Aragorn change his mind about the Rohan tribute rumor?