Why was Erik Selvig in such poor mental health?

Early in Thor: The Dark World Dr Erik Selvig causes a disturbance at Stonehenge while naked and is shortly taken into care by the British state services. Later, he behaves oddly, for example, working in his underwear.

This is not merely eccentricity. Although his scientific mind is working as well as ever, something is amiss with Erik Selvig. What accounts for this development on his mental health since the earlier movies?

marvel marvel-cinematic-universe thor-the-dark-world
Share
Improve this question
edited May 24 '18 at 9:40

There seems to be a couple of things going on here;

Erik was under Loki's mind control for several days. Exposure to such a powerful alien technology and Loki's own intense (but eccentric) psyche apparently unhinged him. The actor describes it thusly;

“Having a god in your head for a while creates some psychological problems,” he says, “and I’m trying to get rid of them. I start this film in a, let’s say, disrupted mode.”

His recent behaviour is also skewed by taking a whole bunch of psychotropic(?) medications. 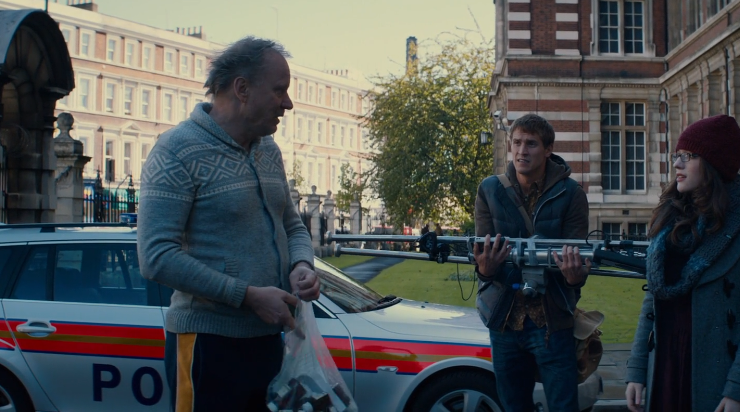 Not the answer you're looking for? Browse other questions tagged marvel marvel-cinematic-universe thor-the-dark-world or ask your own question.

10
Why wasn't Erik under control from the start of Avengers: Assemble?
7
Why was SHIELD not responding to Darcy's calls?
14
Who was the colleague that Erik was going to contact for help?
5
Why did Malekith have such a strong connection to the Aether?
5
Why does Dr. Strange have such a high collar?
0
Was magic the reason why Kurse was able to knock away mjolnir?
3
Why did S.H.I.E.L.D. leave such an important object so undefended?
15
Why were Captain America and Black Widow in such a hurry to close the portal?
8
Why does Skye / Daisy / Quake use such a limited version of her power when fighting?
12
Why was Tony Stark using such a primitive phone in Avengers: Infinity War?