The description of the everyday life of aliens is often very sparse and does not include their eating habits.

It occurs to me that there is at least one example of an alien eating tool that is not ordinary cutlery in Star Trek, but I cannot remember.

I am specifically after alien-invented utensils of any sort.

Klingons (sometimes) use a 2-pronged skewer called a 'puq chonnaQ'.

Although they don't have a name in the screenplay, Mark Okrand identifies the Klingon word for 'fork' as "puq chonnaQ", literally translated as a "child's hunting spear".

In Season 2, Episode 8 (A Matter of Honor), Riker sits down to eat with the crew of the Pagh, a Klingon vessel. Most of the Klingons are simply using their hands, but some of them (and Riker) are using these 2-pronged "skewers".

The Klingons were quite advanced (warp-capable, at least) before they ever encountered Humans, so it's likely they invented these skewers before learning about Human forks. 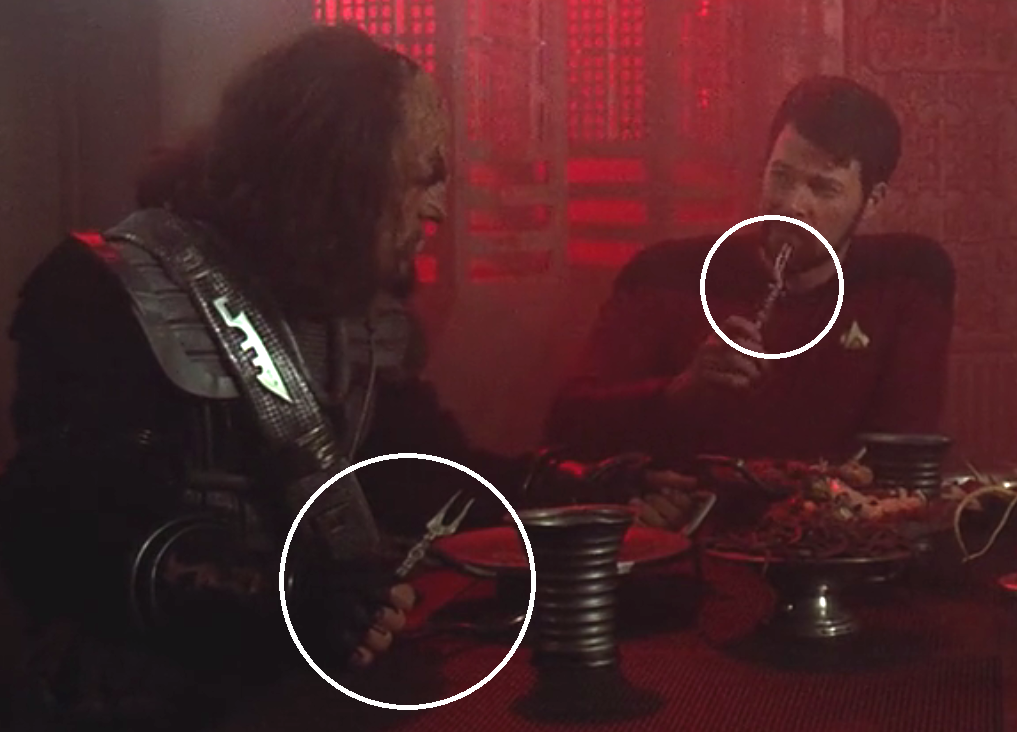 Star Trek shows plenty of alien foods, but I don't know that we ever see any alien utensils in an episode. Jonathan Archer had some... interesting cutlery in Enterprise (Carbon Creek), but you'll immediately recognize them as normal human utensils 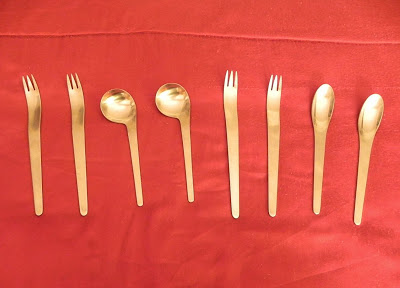 Vulcans are mentioned in another episode as never eating with their hands unless wearing gloves, but the gloves are never shown in canon. Every other instance I can find is some "different" take on human stuff. Take this Lwaxana Troi shot of her holding some exotic fork. And she's hardly the only one 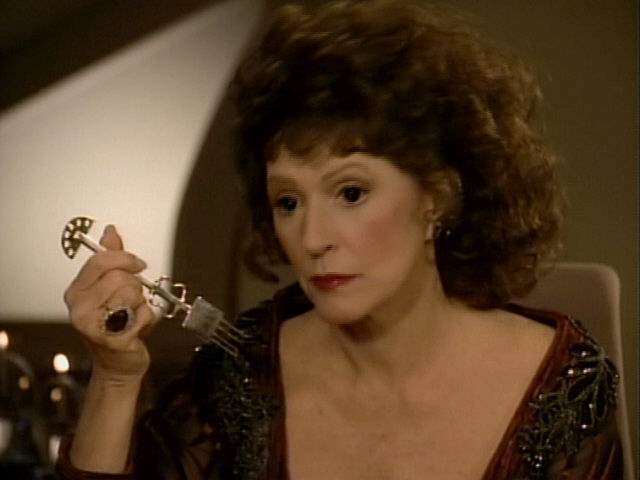 Not the answer you're looking for? Browse other questions tagged star-trek aliens episode-identification or ask your own question.

21
Has the human race gone vegetarian in Star Trek?
16
Help Identifying a Sci-Fi Book: Humans transported to alien world and given tasks to escape
13
identify this book about a human turned into a god by aliens
28
Federation Technology Adapted From Aliens?
8
Has the spacing between generations lengthened in the Star Trek universe?
19
“He's dead, Jim”: Which Star Trek characters have returned from the dead?
6
Is there a Star Trek episode that completely lacks futuristic technology or non-human traits?
12
Has there ever been a warp / non-warp collision?
12
Looking For Title of Circa 1990s English-Language Sci-Fi Film