Who is the medium sized Robin?

The image below is from New 52 Batman #15.
I am wondering who the medium sized "Robin" (circled in yellow) is. He is probably not called Robin, but you get the point,
red and black color theme, young male. 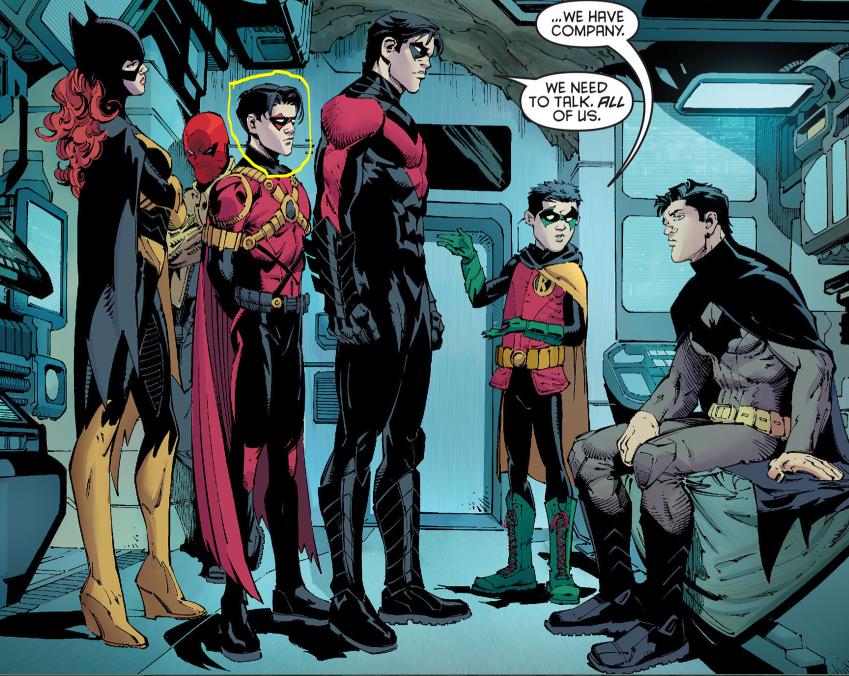 From other New 52, comics I have been reading I have seen him around a few times. But not named, and I don't know what he does.

But who is the other one is, or what comic does he mostly appears in?

I also don't know who red-masked dude is, but I am less interested in him.

This is Tim Drake, the third Robin. His role in DC's The New 52 is as Red Robin: 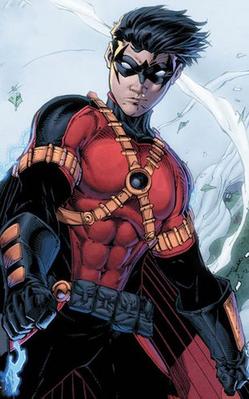 The man in the red full mask is Jason Todd, the second Robin, as Red Hood: 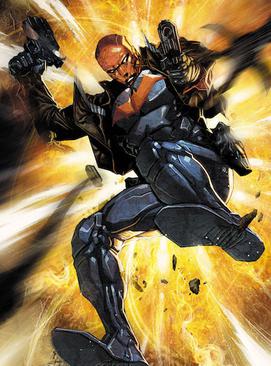 Not the answer you're looking for? Browse other questions tagged dc character-identification the-new-52 robin or ask your own question.

14
The New 52: What Titles Don't Mix Continuity For New Reader?
14
What issue / series is this Batman comic panel from?
18
Who are these Bat-family members?
9
Has Bruce Wayne ever impersonated Nightwing?
3
Has there been a Wayne in the Court of Owls?
4
What do the spine colors on the DC "New 52" issues indicate?
11
Who are these classic DC characters?
1
Who is Bruce Wayne's/Batman's heir in the comics?
7
Did the five Robins ever meet each other in the comics?