When were the "Knights of Ren" founded as an organization?

We know that the Knights of Ren first appear in The Force Awakens movie, and that Kylo Ren is a member of this group.

Is there any reference to when they were created in-universe?

We now know, thanks to the Rise of Kylo Ren comics that the Knights of Ren were founded by a man named Ren (acting on behalf of Snoke, who is himself acting as a proxy to a clone of the Emperor). His personal history is largely unknown, but he appears to have flourished around the years 10-28ABY and founded the organisation (named after him) at some point shortly after the destruction of the Empire and well before the rise of the First Order.

We see them in operation at some point around 14-18ABY. They claim to be "legendary" but neither Skywalker nor Lor San Tekka have heard of them, suggesting that their organisation was relatively new at that point. 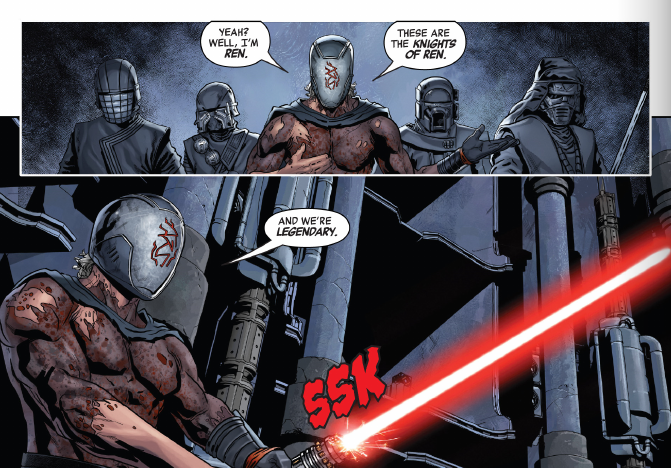 According to The Rise of Skywalker Visual Dictionary (2019):

Local folklore has warned for centuries of marauders known as the Knights of Ren. Since the rise of the First Order, myth has become reality.

In other words, they may or may not have existed as an organization during the centuries before The Force Awakens, and definitely did under Ren once the First Order existed. Per The Rise of Kylo Ren, they existed at least as early as 18-25 ABY, since Ben is "a lost teenager" in the comic flashback where he meets them according to writer Charles Soule, and he was born in 5 ABY. The Force Awakens takes place in 34 ABY, so this puts their founding at least 9-16 years before the film.

Much earlier, however, in War of the Bounty Hunters #5, the Knights appear on Crimson Dawn's flagship, audience to a speech by Qi'ra: 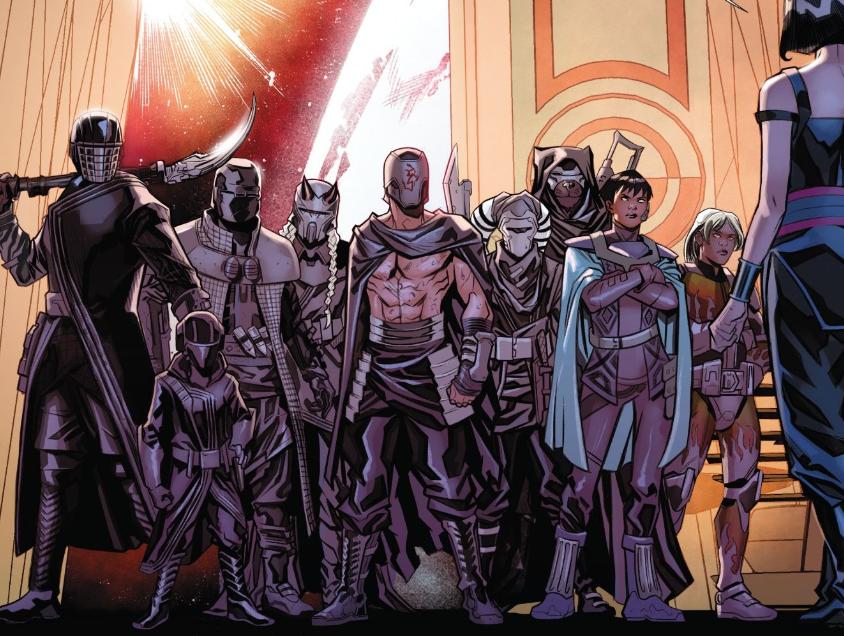 While it's not yet known how long they'd existed at this point, it at least sets an upper bound on their founding. The comic takes place between The Empire Strikes Back and Return of the Jedi, so around 3-4 ABY. This is their chronologically earliest appearance as of November 2021.