This cartoon is sci-fi (flying cars and laser pistols) in another world with medieval traditions (sword fighting and charging against each other on a horse (jousting)) where all the characters were animals. The main character was a lion whose name I think was King Arthur. There was also Merlin who was experimenting on Arthur's sword because it was the answer to someone's poisoning.

I think it was made around 2010 but not sure about it. And it had the same style of animation as this and this.

It's not King Arthur and the Knights of Justice or Visionaries: Spectral Knights.

Could it be Argai: the Prophecy, a piece of French animation (originally released under the title of Argaï: La prophétie) from 2000? 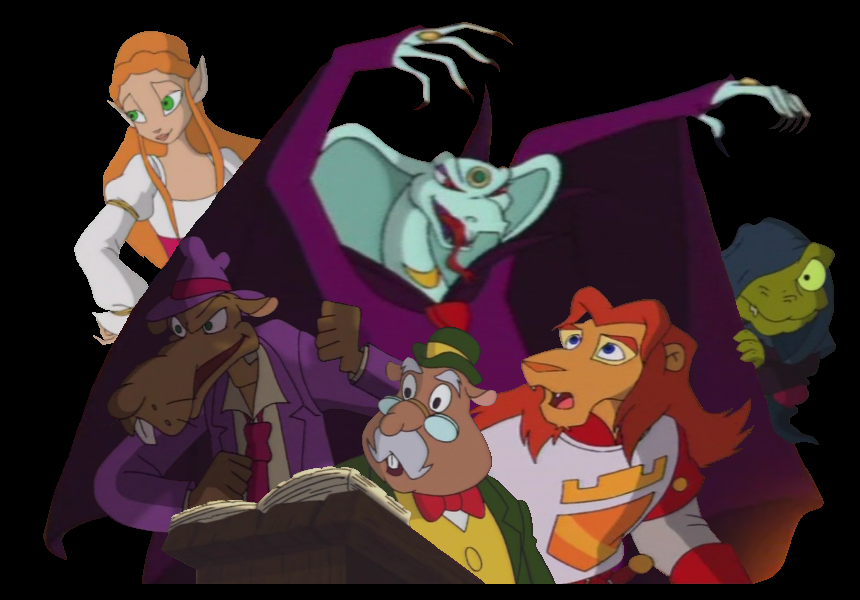 The story is partly set in the year 1250, partly in 2075. Angel, the fiancée of Prince Argaï, is under the spell of the Dark Queen. This evil Queen steals the youth of young women and keeps them asleep for the rest of their lives. This way, she remains immortal. To save his fiancée, Argaï travels through time and meets detective Oscar Lightbulb, his assistant Barnaby and his secretary Moony Moon. They decide to help Argaï with his battle against the queen and the rescue of his beloved. To defeat the queen, they have to awake Angel with an antidote which contains 13 unique ingredients. Their first challenge is to find each of these ingredients.

Unlike most stories involving time travel, when a character is killed in a time that is not their own, they are returned to their own time rather than dying. This is why it is necessary for the heroes to defeat Queen Orial in 2075 and for Queen Orial to kill Argaï in 1250, as it would not be permanent otherwise.

Here is the intro:

There don't seem to be explicit King Arthur references, but it's anthropomorphized animals, knights, and time travel. TVTropes says that Merlin shows up in the last episode.

I found it while searching for cartoon lion knight

Not the answer you're looking for? Browse other questions tagged story-identification cartoon animals medieval or ask your own question.