Are the "fields where humans are not born" the same as the towers where Neo wakes up?

When talking about the Matrix with friends, we noticed we shared a very different interpretation of things.

According to them the Matrix keeps humans in the virtual world as a matter of obtaining energy (Morpheus' battery analogy) after humans blackened the sun to fight the rise of the machines that became sentient. Accordingly, the fields that Morpheus has seen where humans aren't born are the towers where we see Neo wake up the first time.

Since watching and rewatching The Matrix, I have formed a very different interpretation. I understood that some version of the Matrix was created by humans as some sort of replacement of the real world (I believe Agent Smith says so at some point, saying the first few attempts failed because humans need a violent world to live in, ideal ones didn't work out). The machines were programmed to provide the Matrix as a service to humans, but were overzealous / too rigid in executing their programming and too keep faithful to it went to any length to keep humans jacked in. Humans rebelled, blackened the sun and to power the matrix where the human population lives machine resorted to cultivating some humans to extract energy. This would never be jacked and quite possibly never wake in any world, they'd just be a biological mechanism to provide electricity.

Do we ever actually see the "fields" mentioned by Morpheus seen in the movie?

(Answers relating to the first movie are preferred over those citing additional materials and subsequent films).

While Morpheus is talking about the "endless fields", we are shown said fields.

Each "fetus stalk" appears to have approximately 5-6 fetuses hanging off of a central structure that might be some 20-30 feet in height. This compares to the "matrix towers" of which the largest seems to be approximately 1500 feet high and have rings of approximately 50 or so full-sized pods at around 10 feet intervals 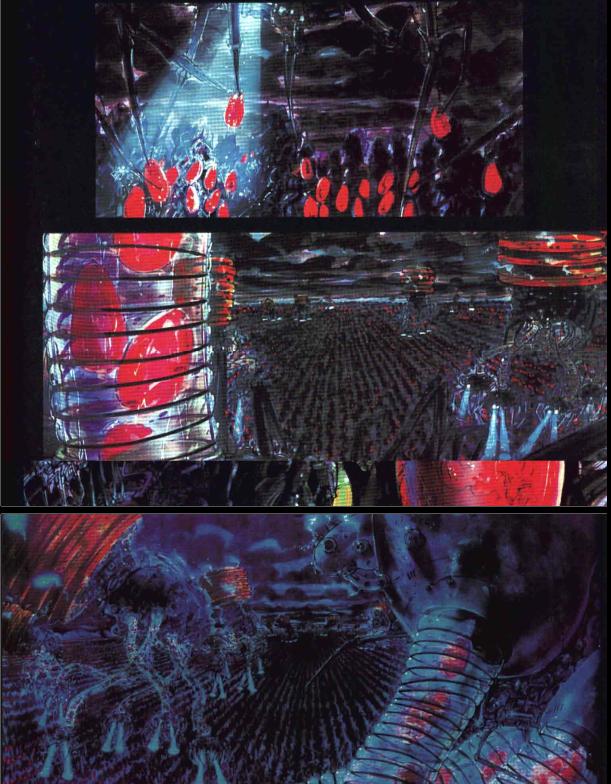 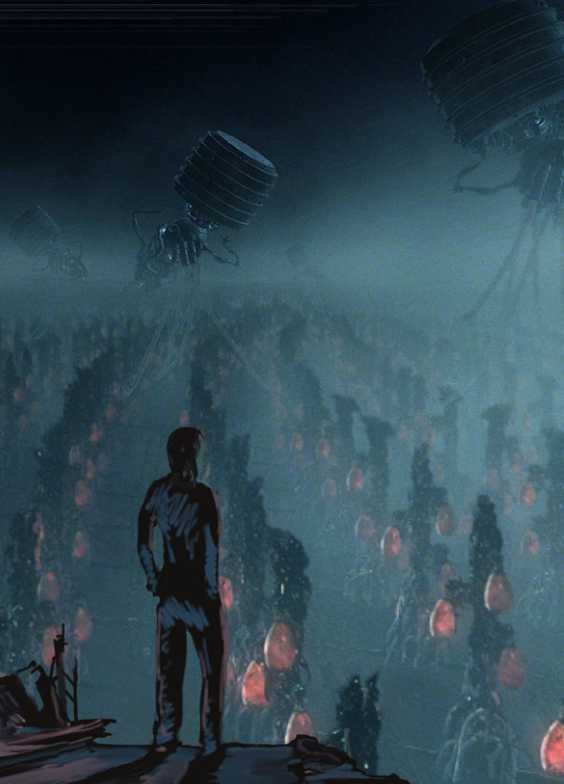 As to whether the humans created the Matrix in the first place, that doesn't seem to be the case. Within the first movie all we have to go on is Morpheus' speech, but in the animated feature "The Animatrix" we actually see the machines inventing and then putting humans into a crude version of the Matrix.

179
Is the basic premise of humans as a power source in The Matrix reasonable?
90
Why Did the Machines Even Bother With a Matrix?

36
How did the Zionists in the pre-Neo era explain the relative ease of rescuing prisoners?
12
Are the pod-born humans of The Matrix universe sterile?
29
Why doesn't Neo take a more advanced gun with him when going to save Morpheus?
46
How do people in the Matrix develop a residual self image that resembles their own body?
15
Did the Agents know about the history of the Matrix and/or previous Ones?
4
What happens to a person after they die in the Matrix?
8
How can there be animals on the surface in Zion's world?
5
How was Neo ever in the Train-station? Brain wi-fi? Why did nobody know about Brain-fi?
6
Were the machines actually using humans as batteries, or was that all a lie?