What was the deal with Frasier and Star Trek?

The long-running sitcom Frasier (1993-2004) made frequent references to the Star Trek franchise. These include: 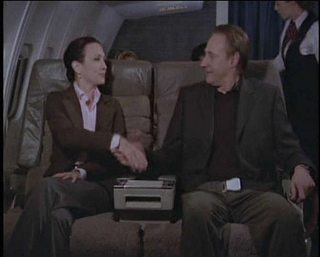 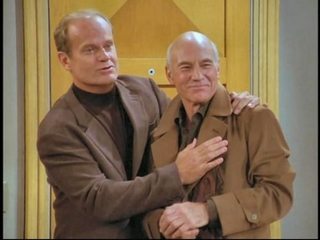 What was the reason for the many Star Trek references in Frasier?

The best explanation is that the two series were being produced by the same company (Paramount), in the same location (on the studio lot) and that there was some overlap in the end of TNG (1987-1994) and the start of Frasier (1993-2004), as well as the subsequent TNG movies.

As noted by Wikipedia

As with Cheers, most episodes were filmed on Stage 25, Paramount Studios, or at various locations in and around Los Angeles.

And all Star Trek TV series have been filmed in some fashion at Paramount Studios, going all the way back to TOS.

Another reason is that Hollywood is a small town, and guest starring is a good way to keep up relations and your portfolio. TNG, in particular, had a long list of people who guest starred before they were popular. It's worth noting that Cause and Effect was produced in 1992, before Grammer had become the major solo star that the Frasier TV series made him. He got the TNG role as a result of Jonathan Frakes (Riker), a personal friend (h/t Valorum)

As to Stewart and Spiner showing up in Frasier, both were in episodes aired in 2003. Star Trek: Nemesis was filmed at Paramount in 2002, when those episodes were produced.

Not the answer you're looking for? Browse other questions tagged star-trek behind-the-scenes frasier or ask your own question.

44
Why was Star Trek: The Next Generation cancelled?
24
Short story where aliens deal with humanity on the misunderstanding that Star Trek is non-fiction
24
What was the reason behind Kes being removed from Star Trek Voyager?
6
What was the Star Trek IMAX project?
5
What's the deal with Vulcans and contractions?
3
Which Star Trek episodes deal with the Omega Particle?
7
When and what was the first Star Trek scene ever filmed?
5
What TV show has had the most actors appear on any of the Star Trek movies and/or TV series?
34
Are there any other episodes of Star Trek that deal with mental health?