The Young Justice lists Wonder Woman's age as being 85 years since she was molded out of clay.

Does Wonder Woman age at all, at a reduced rate, or will she live forever?

Is this lack of aging restricted to Earth-16 (Young Justice Series) or is she ageless across most / all continuities?

This means Wonder Woman has been kicking around for 50 more years relative to Batman and Superman, and still looks pretty decent for her age.

Yes, Wonder Woman ages but her rate of aging is never clearly defined. Wonder Woman has never been designated as truly immortal and unaging. Her powers make her extremely durable and able to absorb an amazing amount of punishment. She is just shy of Superman in terms of physical resilience and the equal of Captain Marvel, (since they both acquired their powers from the same sources). But her aging has almost never been taken into consideration on a regular basis in the DC Universe. 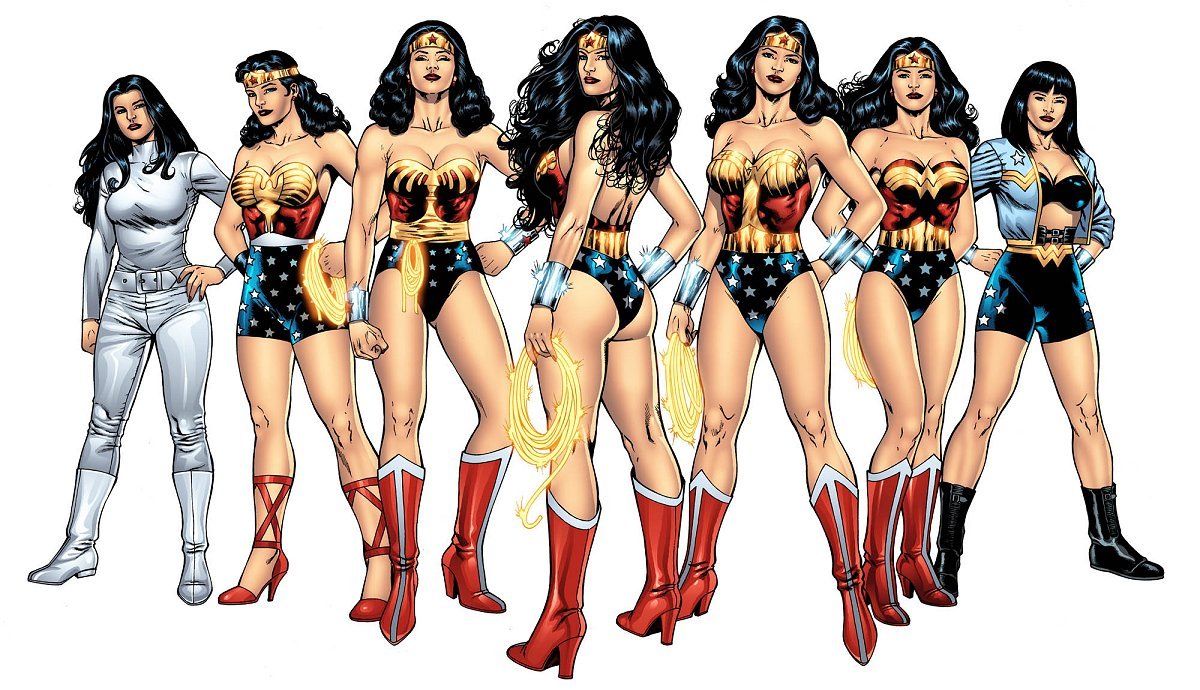 In her original origin story, since her body was initially composed of clay and then transmuted into human flesh, there may have been a magical element involved allowing her to remain youthful appearing despite her age. At least one iteration of Post Crisis Wonder Woman indicated she temporarily possessed a godlike status (Goddess of Truth) but was later revoked by Zeus.

In the DCnU, Wonder Woman is the offspring of Zeus and Hippolyta and as such should be at least a demigod. That would not necessarily make her immortal, but she should be remarkably long-lived. There has been no confirmation of whether immortality is an aspect of her semi-divinity. Like all other characters of the New Earth, DC has reset her age back to the early twenties and modernized her appearance. (She has pants and no longer wears boots with extreme heels.) 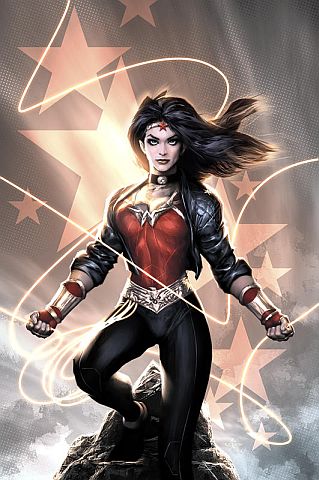 Wonder Woman Aging In the Multiverse

Only one universe has ever shown her aging at all. In the Kingdom Come continuity (Earth-96/DCnU Earth-22) she is shown slowly aging with a few grey hairs and the slightest sign of hardening of her facial features. (Now this could be Alex Ross taking some liberties since all of the characters of Kingdom Come are both older and more haggard, but I think it was meant to show a level of maturity to the characters.) 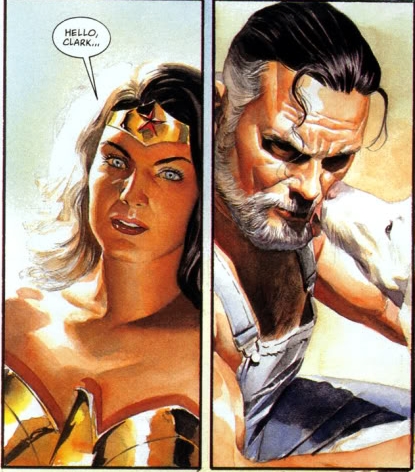 This universe is also the universe where Superman and Wonder Woman eventually marry and create a legacy of heroes that will eventually become the Legion of Superheroes (of that continuity). Wonder Woman lives for quite some time beyond a normal human lifespan but does not live for the entire thousand years until the Legion is formed. Superman does, but is decrepit and old.

The aging (or lack thereof) of superheroes is problematic to address, as most characters are 'timeless' and have remained the same age (essentially) since their creation. Superman and Batman, for example, have been alive since the 30s or 40s, and have never aged beyond their mid-20s-30s (in the main continuity).

The only way to know for sure is to look at time travel stories and use logic (or at least the comic book version of it). Sadly, I'm not familiar with any stories set in the future which feature a 'future' Diana. There are certainly ones that feature future Batman/Superman, as well as other characters, but I've never seen a future version of WW.

Thus, we must use logic. Diana was created by the Greek Gods, and imbued with their powers. Despite being made of clay, she reacts similarly to her flesh-based brethren. Similarly, man was first formed of clay in the Greek Mythologies, so we can assume Diana gains no special abilities from her clay-based body - it has been transmuted into flesh and blood.

She was imbued with powers by six deities, and possesses powers and abilities gifted to her by them. Demeter's gift to her was the strength of the Earth, which provides her with physical strength and durability. Enormous toughness is often seen in other heroes (even non-powered ones such as Wild Cat) to extend your lifespan. Her origin may also grant her demigod status - she's certainly as powerful as some of the lesser gods in DC's pantheons.

Everything thusfar points towards Wonder Woman aging slowly, with an enormously extended lifespan - She is likely a demigod, which would grant her at least some form of enhanced lifespan, if not true immortality, and characters with similar powers have shown tendencies to live much longer than normal.

The final nail in the coffin, so to speak, comes from the Wikipedia article on Wonder Woman:

Diana possesses the ability to relieve her body of physical injury and toxins by becoming one with the Earth's soil and then reforming her body whole again.[30] During John Byrne's run, it was stated that this is a ritual so sacred that it is used only in the most dire of circumstances.[31]

It does not say this is the case, but a writer could easily take this to mean it restored her body to the way it was when she was first created. This would grant her a form of immortality similar to that possessed by Batman villain Ras Al Ghul - She can be killed, but unless she is she will likely live forever.

In the new 52, Wonder Woman is 23 years old. And Superman and Batman are in their lates 20s.

In The animated series they were roughly the same age. Superman and Batman joked about softing up in their old age which meant they were in their middle ages around 45-55. And people who say that young justice is an expansion of the Justice League Tv Series it's not. In Young Justice, Wonder Woman was a part of Justice Society in the 1940s and then came to the Justice League.

Also some comics show Wonder Woman to be a demi-god which means she is immortal. They say she is thousands of years old.

Today, our day is the new 52 so wonder woman is only 23 years old so in conclusion case dismissed!

Not the answer you're looking for? Browse other questions tagged dc wonder-woman young-justice or ask your own question.