Comic with superteam; electric woman, guy who can make things with his mind and a glowing 'wolverine guy' who can fly

There is a comic from the mid-eighties (I think) that was based on a super team in space and was printed in black and white. The characters I can recall are:

The only other thing that I recall is the cover had a blue border around it with the image of the whole team at the center.

Unfortunately not Legion, I can't be certain, but I don't think this book was from either of the big two publishers.

If anyone has any clue what the name of this comic was, I would love to know it. This has been bugging me for about 3 weeks now without the title coming to my mind. 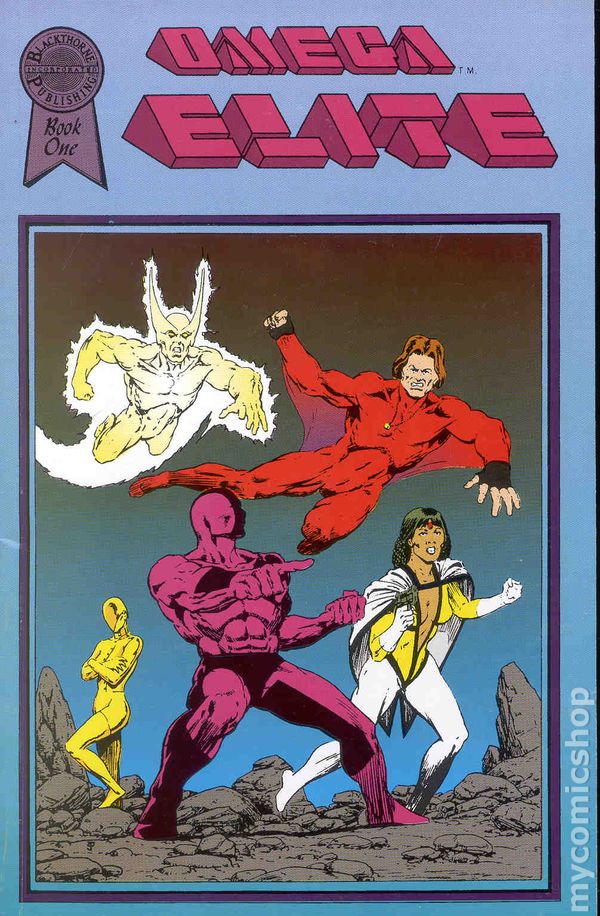 Thank you Lorendiac! It was in the list you linked.

The "Wolverine hair" and space immediately makes me think of Timber Wolf of the Legion of Super-Heroes. They did have a blue cover, as you can see: 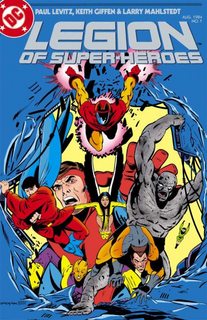 However, he did not glow and did not fly (other than how they all had Flight Rings).

If this were the Legion, a more likely case is that you got the gender wrong, and it's Comet Queen who had sweeping hair, gold skin with a glow, and the ability to fly. 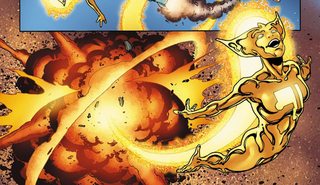 While Element Lad possess the powers of transmutation and had a purple element to his costume at times, he doesn't tend to wear a helmet and his powers were over chemical elements. 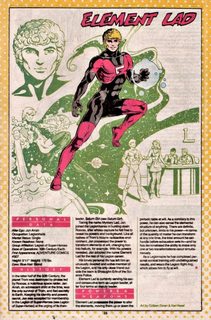 And, well, they've had a lot of people on that team. Karate Kid could be one of the two "humans" in red and blue. He is essentially human, albeit using 30th century martial arts that let him fight in superhuman ways. As I think Valorum was trying to nudge me, there's Lightning Lass who wields electricity (as does her brother, Lightning Lad) but her outfit tended to be blue (and often very brief) with yellow lightning bolts), no helmet and no suit. I'm blanking on the others, though. Here's an image with a partial roster:

25
Short sci-fi story about a man who can make things with his mind
3
A fantasy book about a woman who can speak with animals and is taken by the prince?
5
Cartoon about a team of alien hunters from the US
6
What's the anime where a girl who comes to town to fight an enemy meets a guy who lives with an old man? (It's not Bleach)
5
German Comic - Pope Fighting Evil - Papst bekämpft das Böse
4
Comic about a young woman monster hunter