How many DeLoreans existed at the same time?

How many copies of the DeLorean time machine co-existed in the Back to the Future series?

At some point in 1955, there were 4 of them. I put them in the timeline of the DeLorean.

So, the travel is

As indicated by NominSim's comment this timeline illustrates where people and the DeLorean are throughout the trilogy: 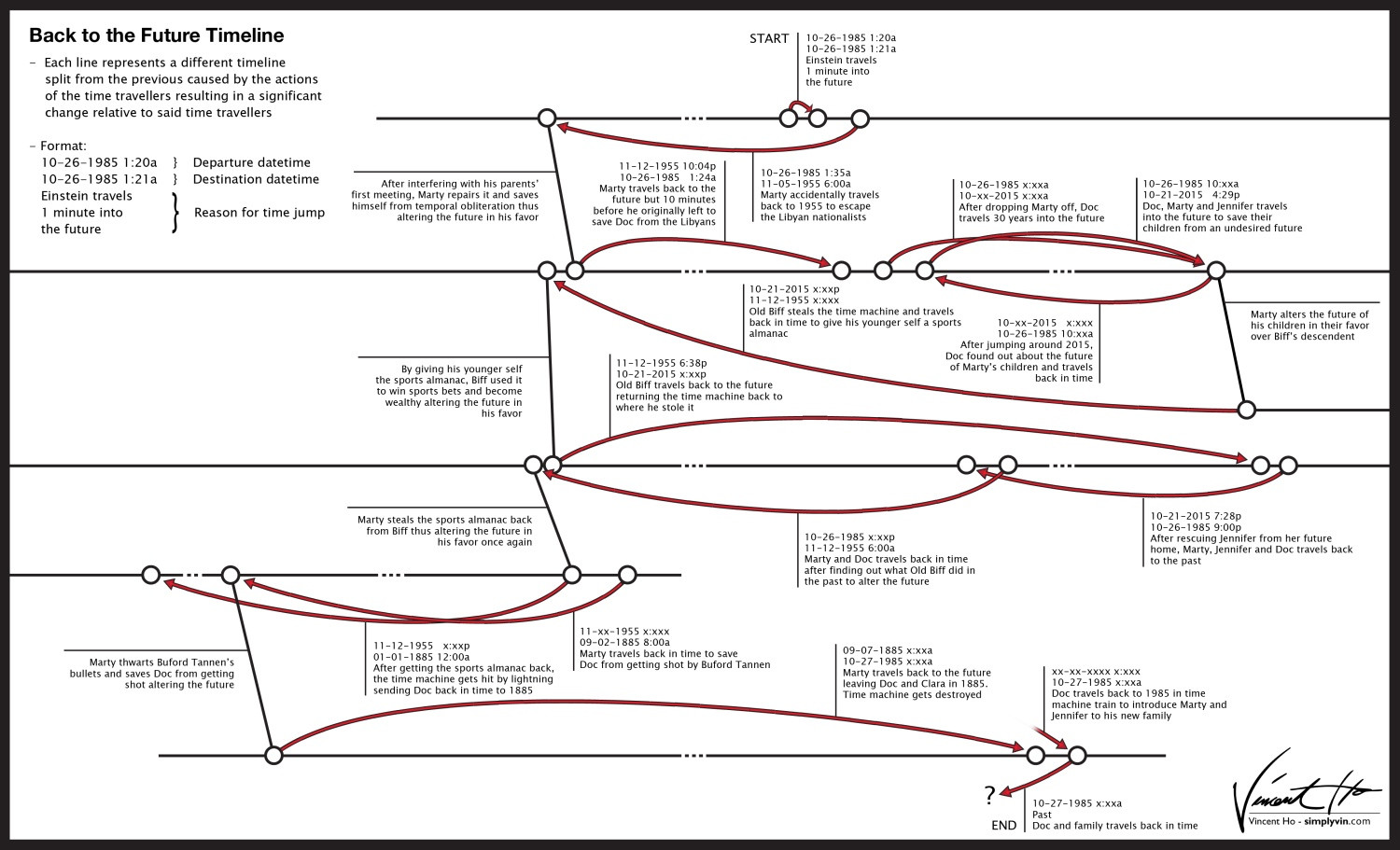