Did Darth Sidious ever intend for Darth Vader to kill him and take his place?

Throughout the first six Star Wars Skywalker Family Saga Films, viewers understanding of the Dark Side primarily relied on the philosophical beliefs of Emperor Palpatine/Darth Sidious, a Sith Lord who seeks to dismantle the New Republic & the Jedi in order to control the Galaxy. 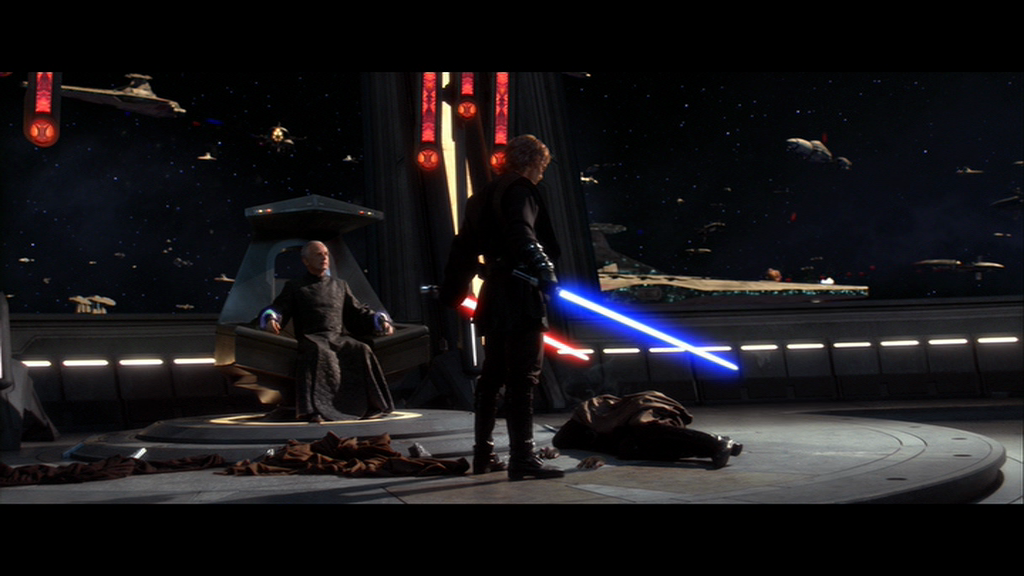 Often his method of philosophy relied on pitting his proteges or understudies against each other, in order to always have the best apprentice (by his standards). One primary example in the films is when Anakin is aided by Palpatine to not give mercy, but instead to kill his current Sith apprentice, Count Dooku/Darth Tyranus and have Anakin take his place. (Revenge of the Sith)

In addition, Darth Sidious always then seemed to have back-up plans, such as having Dr. Cylo create force-mimicking genetically-modified human-cyborgs take on Vader after the fall of the first Death Star, in which Vader easily defeats Cylo's creations (2015 Darth Vader Comics). Or Operation: Cinder as means to destroy and rebuild his empire, in case of unexpectedly reaching his demise.

Now it seems like Sidious was trying to stay alive and in control for as long as possible, but never without realizing he could die!

So my question is, despite having plans, and wanting or believing in always having an apprentice (and considering Anakin was "The Chosen One" ), did Darth Sidious ever intend or anticipate that Darth Vader would eventually take his place?

Other things to consider:

the leader of The New Order and we know Snoke invested in Ben Solo, because Snoke believes in the power of the blood line.

The events of the 2017 novel Aftermath: Empire's End, written by Chuck Wendig, revealed that Operation: Cinder was part of a greater Contingency devised by Emperor Palpatine to destroy the Empire and its adversaries so that it could begin again. http://starwars.wikia.com/wiki/Operation:_Cinder

Sidious taught Vader that Vader would be expected to attempt to kill him according to the Sith Rule of Two:

Soon after destroying the Jedi, the Emperor had told Vader that he would one day be tempted to kill him. He’d said that the relationship between Sith apprentice and Master was symbiotic but in a delicate balance. An apprentice owed his Master loyalty. A Master owed his apprentice knowledge and must show only strength. But the obligations were reciprocal and contingent. Should either fail in his obligation, it was the duty of the other to destroy him. The Force required it. Since before the Clone Wars, Vader’s Master had never shown anything but strength, and so Vader intended to show nothing but loyalty. In that way, their mutual rule was secure. Perhaps Vader would attempt to kill his Master one day. Sith apprentices ordinarily did. They must, if they were trained well. An apprentice was unquestioningly loyal until the moment he wasn’t. Both Master and apprentice knew this.

However, Sidious did not practice what he preached; he intended to gain immortality and literally reshape reality itself:

Sidious did make plans in the event of his death, but he fully intended not to need them.

Clearly if Sidious intended to replace Vader he was not planning on letting Vader kill him. The fact that Anakin was thought to be the Chosen One by the Jedi did not matter to Sidious; the prophecy of the Chosen One was a Jedi prophecy, but Sidious obviously was not a Jedi and did not share their beliefs.

In legends certainly not as Sidious believed "the rule of two" to have and served its purpose. It had brought down the Jedi and created him.

As for canon in battlefront two Sidious created the sentinel droids to carry out his final orders after his death, orders designed to destroy what was left of his empire. If vader was intended to be his successor then that would seem counterproductive.

Not the answer you're looking for? Browse other questions tagged star-wars character-motivation darth-sidious or ask your own question.

28
Did Sidious not believe that Anakin would destroy the Sith and bring balance to the Force?
3
Does the Star Wars original trilogy imply that Darth Vader aimed at deposing the Emperor with a converted Luke's help?

71
Did Darth Sidious and Vader ever discover how to cheat death?
14
Did Palpatine have contingency plans for the death of the Sith Order?
32
Did Sidious really kill Plagueis in his sleep?
16
Did medical droids or Darth Sidious keep Vader from death?
24
How did Grand Moff Tarkin Feel About Darth Sidious?
10
Why does Sidious always want a new apprentice?
11
Is Snoke a part of Operation: Cinder?
5
Why did Sidious never seek to turn Rey toward the dark side of the Force?